Based on an Untrue Movie 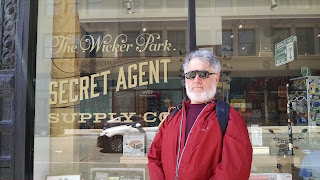 When the movie American Animals  came to town this summer it was pretty much foreordained that I would see it.  The subject is attempted theft of rare books from a college library, a subject with which I am not unfamiliar.  In fact, the flick was based on an event I had already blogged briefly about.

To summarize,  four college students decided to get rich by stealing some valuable books from the Special Collections room at the library of Transylvania University in Kentucky.  Their planning technique consisted mostly of getting drunk/stoned and watching heist movies.  The resulting event  was a disaster and about the only positive things you can say about it are: 1) The victims did not suffer lasting physical damage, 2) No books were destroyed, and 3) All four of the fools went to prison.

The movie is worth seeing but I want to bring up one specific complaint about it.  It begins by pompously announcing that: this isn't based on a true story; it is a true story.

The gimmick that makes American Animals unique is that while the main part of the story is carried out by actors, it also contains interviews with the actual culprits, and sometimes even shows the same scene more than once, to reflect the version of whoever is talking.  It's clever and interesting, but like I said, you are not seeing a true story.

I have complained before about a better movie that played fast and loose with the facts.  So call me a serial grumbler.

The important things that American Animals got wrong, as far as I am concerned, involved (surprise!) librarians.  The burglars in the movie showed much more concern about harming the rare books librarian than their real life counterparts did.  And the "true story" completely erased the library director who put herself in harm's way to try to stop the theft.  Maybe she didn't give the producers permission to include her?  I don't know but leaving her out was not the truth.

A few more questions and I am not the first person to ask them: If instead of white suburban guys the crooks had been African-American urbanites would this movie have been made?  If so would the script have tried so hard to show them as Good Boys Gone Wrong?  Hell, would they have even survived their arrests?

By coincidence I just rewatched another movie based on a true story, one I liked better than American Animals or Argo.  The Informant! concerns Mark Whitacre who is apparently the highest executive to ever voluntarily turn whistleblower about his company's wrong deeds.  In the 1990s Whitacre was a biochemist and high-paid executive for ADM, one of the world's largest food processors.

And he told an FBI agent that his company was involved in an ongoing world-wide conspiracy to fix the prices for corn syrup, which finds its way into everything. As one agent says in amazement "Every American is a victim of corporate crime before he finishes breakfast."  So Whitacre agrees to wear a wire.

This sounds like we are building up to a dark brooding movie with heart-pounding suspense.  That's not what we get.  The flick is full of bright colors and Illinois sunshine and most of the time Whitacre seems to be having a marvelous time doing his spy gig.  At one point he shows his secret recorder to a virtual stranger and explains that he is Secret Agent Double-oh-fourteen "because I'm twice as smart as James Bond!' 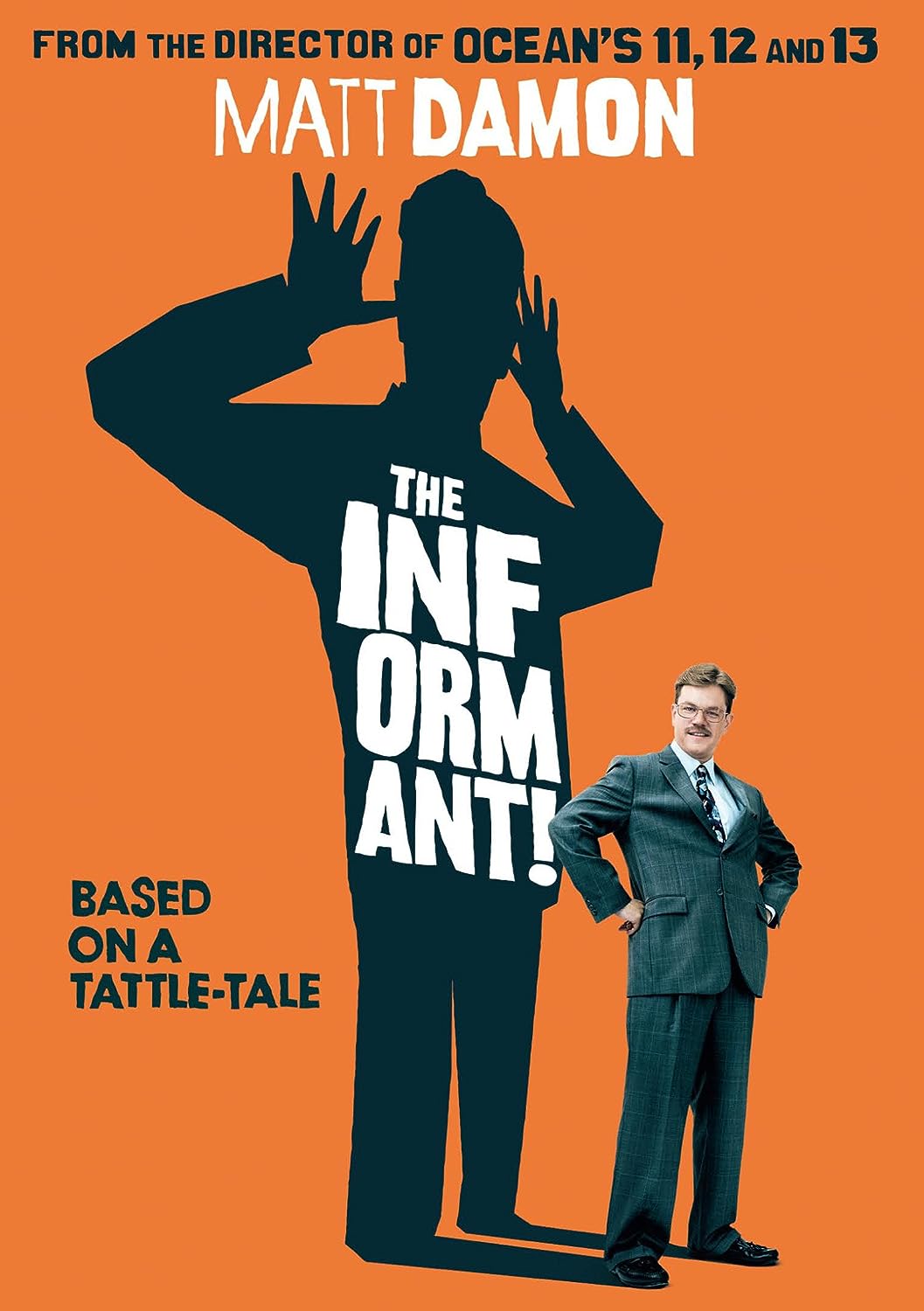 Whitacre often provides a running narration on events, which is not surprising.  But his narrative almost never relates to what's going on.  As he is about to plot price-fixing with fellow executives he tells us: "I think I have nice hands.  They're probably my favorite part of my body..."

By now you may have the idea that Whitacre was not playing with a full corn silo.  In fact, as near as I can tell the place where the movie may depart most from the facts is in choosing to show us whether he was crazy from the start, or cracked under pressure.  (As his lawyer points out, FBI agents going undercover get training on coping with a double life.  All Whitacre got was a recorder and a firm handshake.)

I have simplified the story considerably.  The complications are what makes it so fascinating.  I loved watching Scott Bakula and Joel McHale playing FBI agents looking on in stunned horror as shoe after shoe after shoe drops on their case.

One person who seems to have had a wonderful time with this movie is composer Marvin Hamlisch.  In keeping with the spirit of the film, his music usually has nothing to do with the plot of the film.  When a character is taking a lie detector test the accompanying music is -- a square dance?

In closing, let me just wish that if they make a film of your life it has a happy ending.