A few weeks ago I got into a familiar discussion, among writers: Should you use a pseudonym?

Here are some authors who have: 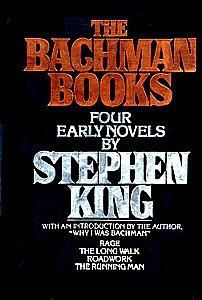 
And there's usually a story behind every pseudonym. In an old interview I saw recently, Donald Westlake said he chose the name Richard Stark for his series of Parker novels because (1) Richard Widmark was one of his favorite actors and (2) "stark" was the writing style he wanted to use for the series. (NOTE: Westlake also said he later regretted choosing the name Parker for his main character--because it kept him from ever writing "Parker parked his car.")

Other examples of that process: Western author Tom McCurley invented his Mack Curlee pseudonym by rearranging his last name, and prolific romantic-suspense writer Melanie Noto dropped the W from her maiden name (Melanie Watkins) to come up with her pseudonym Melanie Atkins.

Another writer friend of mine, Charles Wilson, said he wishes he'd chosen the pen name Wilson Charles, because all the novels written using his real name are located on the hard-to-see bottom shelves in libraries and bookstores. If he'd used Wilson Charles, his work would be shelved up there alongside the Crichtons and Cornwells and Childs and Connellys.

Those who do use pseudonyms have said the names should be carefully chosen. Once their works attain any level of success, pen names become as permanent as a tattoo. 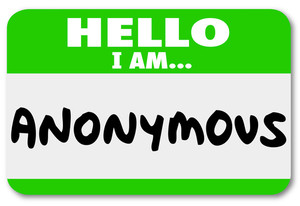 But I still haven't talked about why a writer would--or wouldn't--need a pseudonym. Here are some pluses and minuses.

1. You want to write in a genre different from your previous work. Nora Roberts, who's known for her romances, writes mysteries under the name J. D. Robb.

2. You want to hide your true identity from your family, friends, boss, etc. This might be the only way you'd consider writing erotica, or about controversial subjects.

4. You don't want to appear too prolific. When Stephen King started out, the idea of publishing more than one novel in the same year by the same author wasn't widely accepted. Pseudonyms were, and still are, a way around that.

5. You want to collaborate with another author using the same name. Ellery Queen was of course really the writing team of Dannay and Lee; and both the Hardy Boys author Frankin W. Dixon and the Nancy Drew author Carolyn Keene were actually teams of different writers.

6. You have a real name that just wouldn't work. It'd be hard to publish if your name is John Grisham, James Bond, Eliza Doolittle, etc. Or, for that matter, Jekyl Juberkanesta.


You might choose not to use a pseudonym if:

1. You don't have any of the requirements listed in items 1-5 above.

2. You already have a reasonable-sounding name.

3. You don't want to have to double your marketing efforts.

4. You want to keep things simple.


It's worth mentioning that Larry McMurtry, who is probably best known for his western novels like Lonesome Dove, also wrote Terms of Endearment and other "literary" works, and did both under the same (his real) name. And--on a far smaller scale--I've written a boatload of stories for a women's magazine without bothering with a pseudonym. Just saying. 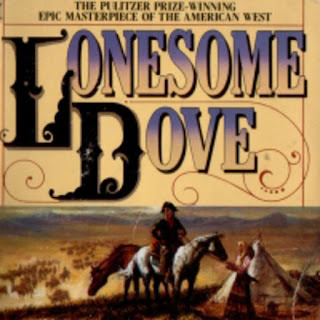 Questions: Do you use a pseudonym? Do you think you might, in the future? If so, why, and how was it chosen? Have you found it helpful? Do you use your real name instead?


I'll close this topic with a poem and a joke. First, the poem (which, since I'm not much of a poet, might be considered a joke as well). It's called "Altering the Ego," and appeared in the April 1999 issue of Writer's Digest.


I'll admit I've had problems
With my pseudonym;
When my book was a failure
They knew I was him--
But when I sold the sequel,
Which did splendidly,
I couldn't make people
Believe he was me.


And maybe that's the only one he needs.