by Eve Fisher
It's October in South Dakota, and the leaves are turning, where they're not just being whipped off the trees by bellowing winds.  It's pheasant season, so there are a lot of people in camouflage, carrying weapons, running around.  At least, I hope they're pheasant hunters.  Play safe, boys, and remember that pheasants are pretty dumb and pretty skittish!
It's also election season, and if I see one more political ad, it will be too late.  If I were god-empress of the universe, I'd ban them all.  For one thing, they cost a fortune, millions are being spent that could go to something useful, like education, or perhaps putting a few more poverty-level full-time employees (like teachers) back on Medicaid, now that the last shreds of the ACA is being gutted like a fish.

As a freeze-dried hippie liberal, I've been just standing in shock when I hear the President of the United States declare that we are all "radical socialists, Venezuela, open borders, the party of crime."  (Washington Examiner)  And then there's the Future45 (dark money super pac) "Any Democrat" ad runs every single morning on the national news, claiming that voting for "any Democrat" will lead to "screaming, violence, smears, and death threats..." if anyone votes for any Democrat.  Really?  As Bette Midler said, "What do they think we're gonna do, attack them with our PBS gift bags?" 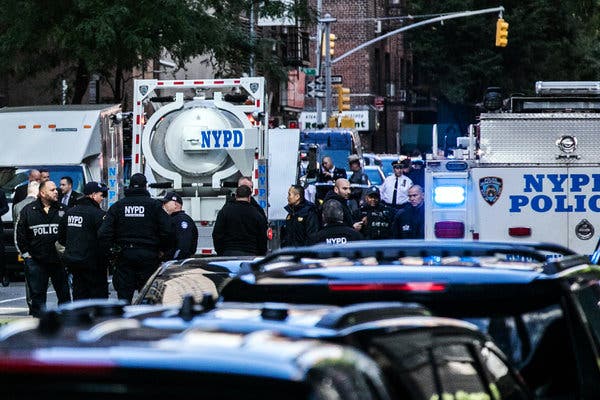 Meanwhile, as of this very morning (October 24, 2018), there have been explosive devices mailed to the homes of George Soros, Bill and Hilary Clinton, and former President Barack Obama, as well John Brennan at the offices of CNN and Maxine Waters at her offices.  (New York Times)  Since I do not believe for one second that these bombs were manufactured and sent by liberal operatives, my question is,


"Has the Republican base been ginned up enough yet?"

Or do we have to have another Charlottesville, this time with more victims?

Meanwhile, our South Dakota gubernatorial race has hit the national news, because for the first time in forty years, there's a viable Democratic candidate. Billie Sutton (D) is running against Kristi Noem (R) and they both look good on a horse: 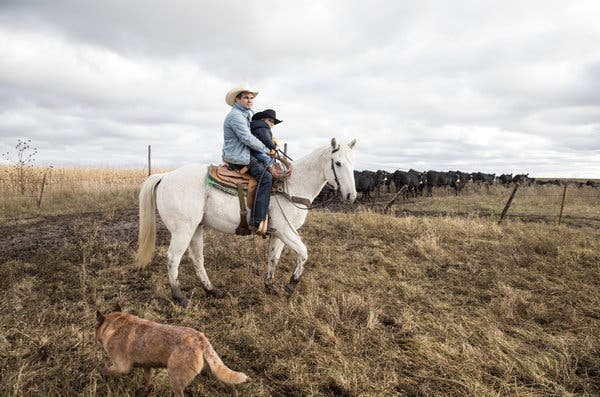 (In fact in one ad, Sutton had his whole family up and riding the ranch.)  They're both ranchers, they've both served for years in the South Dakota legislature, and Noem, of course, more recently was our Representative to the US Congress.

Sutton also has a strong personal story:  a professional rodeo rider in his young days (top 30 worldwide), in 2007, a horse flipped upside down on top of him in a chute, paralyzing him from the waist down.  Even though he's in a wheelchair for life (he rides in a special saddle) he still ranches, still rides, still works.  He is also an investment counselor.

Disclaimer:  I have never voted for Kristi Noem, who has consistently voted against authorizing and reauthorizing the Violence Against Women Act, for a variety of non-reasons.  (Dakota Free Press and its links)