I made a map. But before I tell you about it, let me explain why I made a map... in one sentence: Writers like to procrastinate. If you're a writer, you know that sentence well. You probably even have it printed on a t-shirt. You probably even took the time out to design and hand-make the t-shirt. I know this well. I have spent many happy hours designing t-shirt ideas: catchy, writerly phrases. Juxtapositions of images and words...

It was the evening. It was raining. I had finished another chapter of the WIP, but rather than start on the third draft of the next one, I remembered something I had learnt during the week in my day job: how to create a Google map and populate it with custom location pins. So, armed with a mug of chocolate tea and a plate of late evening chocolate cookies (chocolate is always the best kind of procrastination), I set about making a map of the world identifying the locations where my published short stories have been set.

I created an icon/pin for each of the three categories I write in, assigned each story a category, and stuck in a pin where each was set; adding notation of when and where it was published. 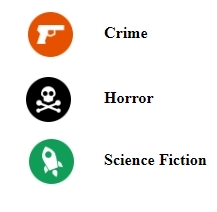 It was an educational experience. I had this idea in my head that I had set only a few stories in New Zealand, maybe two or three. Wrong. There were in fact six.

I also had this idea that most of my stories were set in the United States. Wrong. Most of my stories are set in Europe, and even if the United Kingdom continues with its insanity and brexits away from continental Europe, the UK, alone, will still have the same number of stories set in it as the US.

Some stories have no named setting, but it's reasonably clear and implied where it's set. The Man from the Future is set in the English countryside, near a river and near the coast, and the voice of the narrator (it's first person) is Snotty British. It's never said on the page, but in my head the story was set in Devon.

What's interesting about the two fictional places I made up is that both were for horror stories (with a young narrator). The youthful narrator of Feed the Birds departs Paddington train station bound for Abercrumble House in the Hertley Forest. There is no Hertley Forest in the North West of England. Or anywhere in the UK. The teenage boy in The Tall Ones finds himself swept up in a Lovecraftian nightmare in the small town of Redgrave on the shore of Lake Michigan. Yup. No Redgrave at Lake Michigan (unless you're thinking of Michael Redgrave in the movie Thunder Rock). 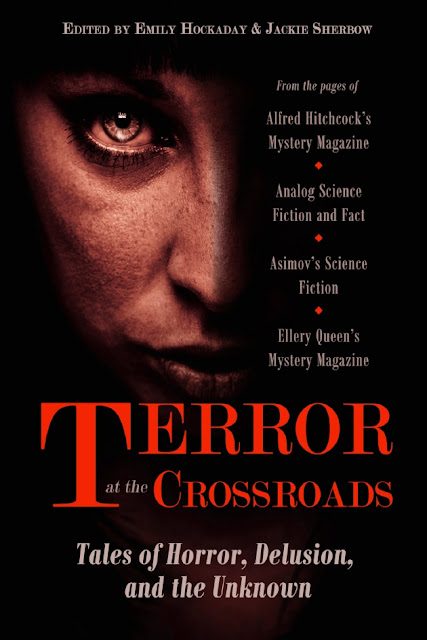 Probably my favourite location of all for a story, and in real life, is Metz. It's a small town in the North East of France. I've holidayed there a couple of times. It features two rivers, interesting architecture, a fantastic museum, coffee, 3000+ years of history (a woman in a bookstore there told me the town was the birth place of Gregorian Chant), and there's a dragon in cathedral's basement.

I set Monsieur Alice is Absent (Alfred Hitchcock Mystery Magazine, 2010) in Metz. This has always been one of my favorite stories (a story dear to my heart, as they say) and now is a good time to mention it's being reprinted in the Terror at the Crossroads anthology that's being edited by Jackie Sherbow and Emily Hockaday at Dell Magazines. It comes out later this month. I can't wait!

My map of stories, of course, is rather sparse. I don't have that many published stories, compared to my fellow Sleuthsayers. I can image a similar map made by any one of them would be a carpet of icons. And by delightful coincidence, the day after I started making a map and writing this blog post, John posted an article about settings: A Whole Town--Imagine That. In which, he asked: As a writer, what works for you? Do you usually create your own town/city names, or do you install your characters in real-life locations? So, John, take this as my answer :)

So, what next? Oh, yeah, back to the next chapter in the third draft of the WIP. :P

Or maybe another t-shirt design.