I just saw the movie Argo and I feel like I should say something about it because I wrote about it several years before it was made.  Well, not exactly.  But I wrote a piece on Criminal Brief called A Real-Life Genuine Phony Hollywood Spy Story,which was about the bizarre true event that served as a basis for Argo.  If you aren't familiar with it here's the one-sentence synopsis: during the Iranian hostage crisis the CIA got six hostages out by pretending they were a Canadian film crew.

So here's my review: it's a good movie.  You'll like it.  But you'll like it better if you don't read my earlier piece first, because the more you know about what really happened the more likely you are to be annoyed by the parts the movie gins up.  Apparently a spy sneaking into an insane theocracy to slip out six civilians, knowing that a single mistake could get them all beheaded was not suspenseful enough for Hollywood without a few added gimmicks.  Sigh. 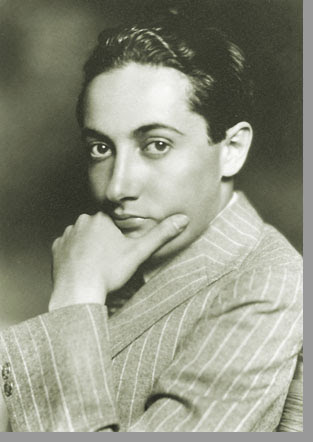 I blame it on Irving Thalberg.  I believe he was the producer in the 1930s who dictated that every movie had to end with a 99 yard dash for a touchdown.  Apparently Ben Affleck and friends decided that the ball wasn't quite far enough back for the climax so they had to libel the Carter administration (who apparently did not look quite bad enough in real life) and bring in a lot of machine guns.  Plus they invented an airline  pilot so oblivious to the world around him that he made those two clowns who flew a state or two past their destination a few years ago look like paragons of alertness.

Honestly what annoyed me most was not the lies they put in so much as the facts they left out to make room (or because they didn't fit the story they were telling).  Here are a few true incidents that did not make the movie (which remember, is both funny and suspenseful):
Wouldn't you think some of those items were worth including?  And then there was the equally suspenseful escape of the Canadian embassy staff which had to be perfectly timed, but didn't fit in with the phony scene the producers put in Argo.  Honestly, I liked the movie, but the more I think about it the more irritated I get.

And let me say that one reason I liked is that any flick which gives a juicy comic part to Alan Arkin does a service for mankind.  (And the fact that Arkin's character is a composite didn't bother me at all..)

Here's the irony, by the way.  I was at a songwriting group this week and  a woman had written a song about a real person.  I told her "you have to decide whether you're serving the person or the song."  In other words, she was cleaving too closely to the truth.  So call me a hypocrite, I guess.

Tangential episode: Speaking of the CIA, more than a decade ago I was at a dinner party and was seated near the new boyfriend of a woman I know.  I asked him what he did for a living and he said he was an engineer.  Well, practically everyone in my wife's family is an engineer so I asked what kind.  "Systems engineer," he said, and put so much unspeakable boredom into those two words that I changed the subject.


Later my friend told me that the guy was actually an analyst for the CIA.  And after he found out that I am a government documents librarian he was kind enough to send me a few books published by the CIA for my collection - nothing classified, I assure you.

Back when the CIA used to send a lot of paper documents to federal depository libraries like mine (now they don't because "everything is on the web," which it isn't but don't get me started on that), we used to receive pocket atlases of major cities in communist countries.  These  map books were highly prized because they were much more accurate and complete than maps of Peking and Moscow that you could actually buy there.  But nowhere on the entire publication would you find the publisher's name.  For some reason, people didn't wander around those cities carrying something that said CIA on it.  Go figure.

And go see the movie.  Just remember one thing that the film makes a point about: spies and movie moguls never let the truth get in the way of a good story.
Posted by Robert Lopresti at 00:01

Glad I read this after the movie. God, future dates for passports? Love it.

I suspect spies and any fiction creators are on the same page with good stories.
And agreed: Alan Arkin is one of our screen treasures!

It was great to see this piece, Rob, because I've been intrigued by everything I've heard so far, about Argo, and plan to see it.

I too am an Alan Arkin fan, all the way back to Wait Until Dark (a wonderful movie).

Believe it or not, I was a systems engineer (not the spy version, however) at IBM, and I had a job interview with the CIA while in college. (I wasn't informed until afterward who it was that I had interviewed with. Is that appropriate or what?)

great post, Rob. As I read about the true events that were left out, I thought they probably SHOULD have been left out because they are so off the wall they would strain credibility. Ironic.

I agree with Diane Chamberlain. I saw Argo last Sunday and enjoyed it very much. I also read your story from 2008, and I am not sure why you think the stuff left out should have been included in the movie. Don't we all edit our writing to make a better story? Even a memoir does not "tell all" things exactly as they occurred.

If I remember right, Ross Perot took a stab at getting people out. He twice offered me a job, but I don't think it was that.

And thirty some years ago I was off in college listening to this amazing story on the radio!

Speaking of real-life being stranger than fiction I heard that the missles that triggured the Cuban Missile Crisis (50 years ago this week!!) were not disguised because it was believed that objects so tall would be mistaken for palm trees!

Sometimes covert ops are so odd, or dependent on mischance, that you simply can't cleave to the actual events: see ILL MET BY MOONLIGHT, for example. (It still beggars the imagination that the Brits let Philby off the leash for so many years.) And CHARLIE WILSON'S WAR is another example of a picture that's enormously entertaining, but still fudges the details. That said, I'm pleasantly surprised that Ben Affleck has redeemed himself.