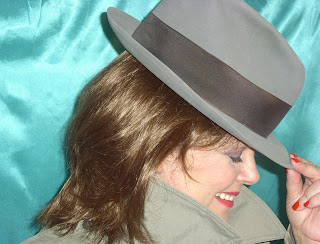 
And Thursday's Child has far to go...

As always, I have questions.

Perhaps even more than the names labeling us from birth to beyond death inscribed on a tombstone, many believe our destinies arise from numbers, stars and on the dates we were born. Do they or is this more of mythology handed down from one generation to another so we believe it simply because it has been repeated enough?

Born on a Thursday on a hot summer's day, do I have far to go? If I'd entered this world on a crisp autumn Monday morning instead, would I be more fair of face? Would my personality be of a calm nature like the gentle breeze of an October's dawn?

I don't know which day Edgar Allan Poe was born, but I dare say his life sounds more like he should have been born on a Wednesday. Was he born on a cold winter's date? Some of his work reminds me of that time of year when wicked, cold winds send shivers down my spine much like his "Tell-Tell Heart".

Famous for the romantic novels that twist our feelings like an old-fashioned wringer washing machine, was Nicholas Sparks born on a Friday and loving and giving as the interviews I've read about him suggest?


Saturday's child must work for a living.
﻿

Surely one of the hardest-working writers seems to have been Rod Serling, hammering out episodes of "The Twilight Zone" week after week. Was he born on a Saturday by chance?


But the child born on the Sabbath Day is fair and wise and good and gay.
Going strictly by the dictionary of that era the poem was written (attributed by Anonymous, the most prolific writer of all time), I know this would be a happy person. Which writer would that be? Obviously, one who has a great track record with his publisher and no rejection slips ever.
Does it matter when a writer births his characters?
Fall seems to be when I most begin a novel and spring short stories. I am not sure if it's because I am comfy inside in autumn and don't want to venture outside so want to invest more time with plot lines and characterizations or simply that's how it's worked out so far.
Do I choose shorter works in warmer weather when I can type THE END sooner and head for outdoor adventures?

As humans are we who we are because of simple choices we can't control like when we were born, where and beneath a certain sky formation?

Are creative types more likely to share some of these circumstances?

It seems unlikely. Each day someone like Entertainment Weekly shares information on entertainer's birthdays. I don't remember any day that went without a celebrity having that particular birth date.

For that matter, do more architects share the same day they were born? Or lawyers or musicians?

I don't know. As I said, I have questions.
Posted by Deborah Elliott-Upton at 00:00

Email ThisBlogThis!Share to TwitterShare to FacebookShare to Pinterest
Labels: attitudes, days we are born, personalities of writers, seasonsal changes

According to my January 1809 calendar, Poe was born on a Thursday. He was a gambler, alcoholic, and married his 13-year-old cousin. Hmm…

Oh, the pin-up for that month was Miriam Maude Kykzowskicz who liked long walks on the beach and dinners by candlelight– always candlelight.

Poe was born on a cold winter's day, too: January 19. At my other blog, Poe's Deadly Daughters, we'll be celebrating our sixth anniversary as bloggers. And as for the Sabbath Day, if you're Jewish, that's a Saturday, not a Sunday, so my next question is, how ecumenical are the stars, the fates, or whoever makes the rules?

Like Poe I was born on a Thursday and I love to gamble and drink, but in good news I don't even like most of my cousins so I'm sure not about to marry any of them.

Rod Serling was born on Christmas Day! He said he was the gift "that came unwrapped." Me, I came around on a Wednsday (no woe here!) And all of this makes me think of the rhyme about Solomon Grundy...

Great Post, Deborah. Mmmm, I am going have to look up what day I was born. Now I am curious.