by R.T. Lawton
According to the old story written by Mary Shelley in the early 1800's, Dr. Victor Frankenstein stitched several body parts together in order to make his creation a whole being. Then to give it life in his laboratory, he jolted it with bolts of lightning on one dark and stormy night. At that pivotal moment (in the movies) as his creation began to stir, he cried out, "It's alive." How great to see one's creation live. 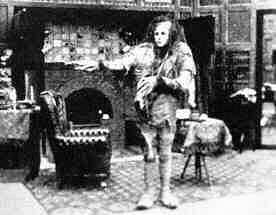 Hey, it's five days to Halloween and I needed a theme, so hang in here.

I, for one, don't have a laboratory, only a study where I write. However, I have on separate occasions, in the not too long ago, taken two very dead short stories into my study and laid their little rejected carcasses out for autopsy in the dead of night. After much contemplation, and perhaps a jolt of Jack Daniels (sorry, but that's as close as I can get to white lightning in furtherance of this Frankenstein analogy), I went to work on resurrecting their possibilities.

The first corpse was a reject from Woman's World magazine. Because of the strict structure for these 700 word mini-mysteries, a second paying market is rather difficult to find for these creations. I poked it here, prodded it there, and tried to slide a whole new skeleton underneath the flesh of the story, but it just wasn't working. In the end, I left the old skeleton in place for the structure, massaged the body a little and spruced up the outside for appearance's sake. I then, surprise, surprise, sold it to an editor named Dindy at a little known market, Swimming Kangaroo, for the grand sum of $25. Yeah, I know, $25 is quite a come down from the $500 that Woman's World pays, but at least this was better than having the little monster running around loose in inventory. Amazingly, this editor liked the WW structure, plus I would now be published internationally. Think Dindy. Think Swimming Kangaroo. Had to be Australia. Right? I was gonna be an internationally published author! Time to get out the bubbly.

And then the check came. Turns out the return address was in Texas. So much for the international part. Even so, I was preparing to send Dindy another one of these resurrected mini creatures, when Swimming Kangaroo evidently lost a stroke (or had one) and went under.

My next attempt at bringing life to the recently deceased came when Alfred Hitchcock Mystery Magazine rejected one of my standalone stories. It was one which Rob had critiqued approximately nine months earlier and had made some good suggested changes. I thought we had it made after my 2011 re-write, but nope, here it came back in a body bag during the middle of February 2012. It may have been cold outside, but the timing for the deceased' toe-tagging and autopsy turned out to be quite fortuitous. A few months before, when the call for submissions to the 2013 MWA anthology came out, I had not been able to brainstorm any ideas for the anthology's theme of something mysterious in a box. And then at the last moment, right here on the autopsy table in front of me was laid out a corpse named "The Delivery." Oddly enough, it was about something mysterious in a box, a story written long before MWA's call for submissions. Kismet was obviously knocking at my door. Who was I not to answer?

At last, notice arrived back through the ether. My creation had been accepted. It was then that I knew for sure and cried to the heavens, "It lives, it lives!"

Coming to a book store near you, the Mystery Writers of America anthology The Mystery Box, April 2013.
Posted by R.T. Lawton at 00:01