A couple of weeks ago I mentioned in this very spot that I had an idea for a story about blackmail, but the idea refused to resolve itself into a plot.  I spent many hours riding around on my bike, the PlotCycle (TM), pondering the little seed but it has still refused to germinate into a full-blown story.  It was like I had a pile of flesh and no skeleton to hang it on.

But something peculiar happened last week.

I was reading someone else's story -- in fact, it was "The General," by our own Janice Law in Mystery Writers of America Presents Vengeance.  A fine story it is, by the way, and I recommend it. 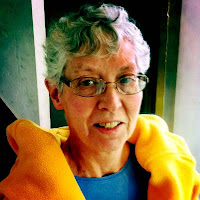 But my point is that a few pages in I suspected I knew how the story was going to turn out.  And, of course, I was completely wrong.  Which is fine; I like surprises.

However, by the time Janice had finished unwinding her story, I had unwound mine.  I had the entire plot for a story in my head.  Usually when I get an idea for a story I just jot it down in my pocket notebook, but I felt so strongly about this one that I hurried over to my computer, poked the hamster to start spinning the hard drive, and wrote an outline.  I even wrote the gutwrenching last paragraphs (oh, you'll weep.  Trust me.)  Now all I need is time to write the damned thing.

From original concept to fully developed plot: less than an hour.

From original concept to fully developed plot: more than a month and still an unfinished mess.

Which leads me to my thesis statement: The human mind is one peculiar vegetable.
Posted by Robert Lopresti at 00:01