In the early morning hours of Wednesday, November 29, 1950, the Chinese army attacked and overran paratroopers of the 187th Regimental Combat Team. My father, along with all the men in his squad were shot, as were most of the men in the platoon. Chinese soldiers finished off the wounded by bayoneting them. My father was bayoneted in the lower back. He stuffed snow in the wound and passed out. 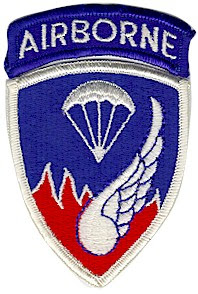 The following day, My mother, in the hospital after delivering me on the day my father was shot, received a telegram from the army notifying her that her husband was missing in action and presumed dead. My mother named me after my father, instead of naming me Daniel as my father desired. A day afer the telegram arrived, an excited nurse rushed into my mother's hospital room with a telephone. There was an emergency phone call. It was my father calling from a hospital in Japan. He'd been wounded but was recovering. He asked if she'd delievered the baby and she told him he had a son.

"How is Daniel?"
"Fine. But I named him after you."
"What? Oh, no." My father hung up on her, telling me later he did not want to saddle me with two last names as he'd been saddled.

My mother thought she'd hallucinated the call until later when she received another telegram notifying her how her husband was severly wounded and recovering in a hospital in Japan. 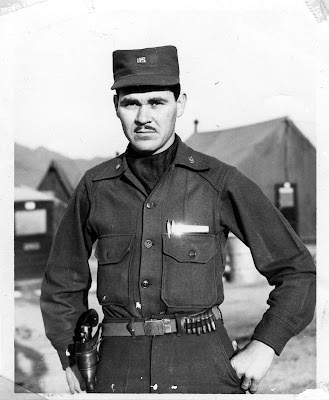 O'Neil P. De Noux, Sr. back in Korea after the Korean War

My father returned to action in Korea and was wounded again. He received three purple hearts for his service in the Korean War. He remained in the army, serving in the Vietnam War with the 1st Infantry Division before retiring to become a police officer. He retired from the Jefferson Parish Sheriff's Office after 20-years service. When he was buried in Saint Vincent de Paul Cemetery in New Orleans, he was buried in his army uniform. Active duty US Army paratroopers served as pall bearers. I saw tears on the faces of two of the young paratroopers as their 21-gun salute echoed loudly off the concrete and cement crypts of the above-ground cemetery and Taps bounced along the rooftops of the lower Ninth Ward.

I just finished reading a excellent novel about the Korean War – THE FROZEN HOURS by Jeff Shaara. It tells the harrowing tale of the US Marines at the Chosin Reservoir in 1950. Marines and US Army soldiers surrounded by a huge Chinese army hell bent on killing all of them, ramming massive human-wave assaults against hungry, exhausted and freezing men in -30˚ temperatures. This was one of the finest hours of the US Marine Corps. When trying to break out of the encirclement, Marine General O. P. Smith was asked by reporters if this was a retreat and gave the infamous quote, "Retreat, hell! We're not retreating, we're just advancing in a different direction." 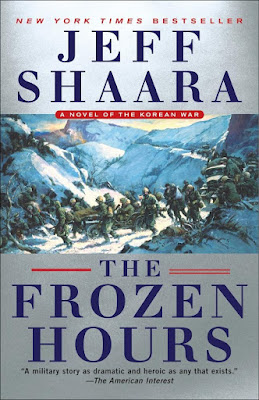 This is a damn good book.

While the Korean War fades in our memories, most Americans today have never heard of the conflict where over 33,000 Americans were killed in battle with nearly 3,000 non-battle deaths.

Shaara's book is not a celebration of war but a heart-felt telling of bravery, suffering, neglect and death of Americans sent across the world to fight in horrific conditions.

Email ThisBlogThis!Share to TwitterShare to FacebookShare to Pinterest
Labels: Marines