by Paul D. Marks
Some people I know only watch a movie once. Once they know how it ends they have no interest in seeing it again. Other people like to watch movies over and over. I fit in the latter category. If there’s a movie I like I can watch it over and over and over. Sometimes I get new things from it. Sometimes I just enjoy the ride. This list just touches the very tip of the iceberg for me and is also heavily weighted towards classics from the 30s and 40s, with only a handful of more “recent” movies and little or nothing from the last few years, ‘cause I have to wait and see what sticks. There are more esoteric movies that I like, but this is a list of movies that I like to watch over and over and can pretty much do so from any point in the picture. So, here’s some movies I’ve seen multiple times:
Sui Genris: 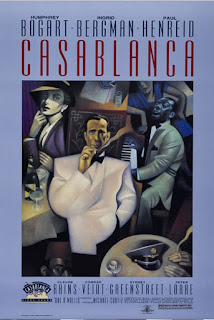 Casablanca – my favorite movie, bar none. What more can I say, except, I’m shocked. Shocked.


Film Noir: I don’t have the time or space to put them all in here, but almost all classic film noirs would be on this list.


—Walter Neff: How could I have known that murder could  sometimes smell like honeysuckle?

—Walter Neff: Suddenly it came over me that everything would go wrong. It sounds crazy, Keyes, but it’s true, so help me. I couldn’t hear my own footsteps. It was the walk of a dead man.

Born to Kill – One of my favorites and has one of my favorite movie quotes of all time. It’s not said by either of the main characters, but by Walter Slezak, a sleazy private eye:

—Delivery Boy: My, that coffee smells good. Ain’t it funny how coffee never tastes as good as it smells.

—Arnett (Slezak): As you grow older, you’ll discover that life is very much like coffee: the aroma is  always better than the actuality. May that be your thought for the day. 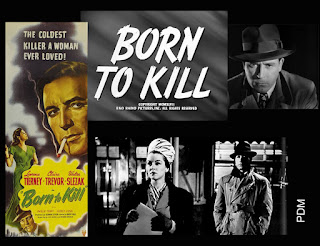 Dark Corner, The – Bradford Galt: There goes my last lead. I feel all dead inside. I’m backed up in a dark corner, and I don’t know who’s hitting me.

Fear in the Night

His Kind of Woman 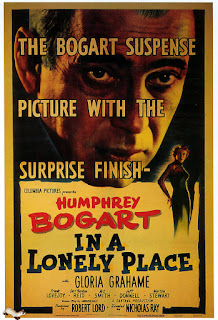 In a Lonely Place – Tied for my second fave movie in any genre (with Ghost World, yes, I love Ghost World):

—Dixon Steele: I was born when she kissed me. I died when she left me. I lived a few weeks while she loved me.

Kiss Me, Deadly – Much better than the book

Lady from Shanghai, The – Mirrors, what else can I say but mirrors?

Maltese Falcon, The – The schtuff dreams are made of.

Out of the Past

Somewhere in the Night

Where the Sidewalk Ends

Woman in the Window, The

Devil in a Blue Dress

Final Analysis – Doesn’t get a great rating on IMDB, but I like it. 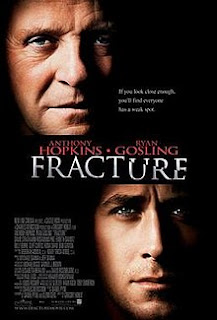 Fracture – So clever, so good.

Vertigo (and most Hitchcock movies)


Quirky (for lack of a better term)

And Now My Love (Toute Une Vie) – Though I’ve heard horrible things about the DVD version, which I have, but can’t bring myself to watch,

Ghost World – I can’t get enough of this movie. 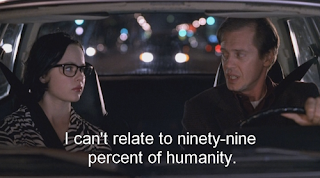 Lilies of the Field

Sideways – Can’t get enough of this one either.

Soldier in the Rain – Based on the book by the late, great William Goldman.

Godfather Movies – All 3, the third one’s not as bad as it seems initially and if someone besides Sofia Coppola had played that part it would “read” much better.

Shop Around the Corner

(since I’m posting on Christmas Day, more holiday movies then)


Where Does This Fit? 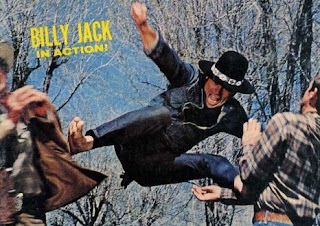 Born Losers (John Floyd) – The movie that introduced Billy Jack, before he got too preachy. This one’s just a biker movie. How Billy got his start. When I was younger, I loved going to all the biker movies. That’s how I got introduced to Jack Nicholson before his breakout role in Easy Rider

Bachelor and the Bobby Soxer, The

His Girl Friday – Classic and hilarious

Libeled Lady – This and Love Crazy below, both with William Powell and Myrna Loy are terrific.

To Be or Not to Be (original) – Proves you can laugh at Nazis, even at the time they were in power.

—Colonel Ehrhardt: They named a brandy after Napoleon, they made a herring out of Bismarck, and the Fuhrer is going to end up as a piece of cheese!

Shootist, The – I put The Shootist out of alphabetical order because I see it as a pair with Monte Walsh, both about people who’ve outlived their time, a theme I like to explore in my own writing.

Shane – If I had to show one western to a Martian to show them what the genre is it would be this.


Science Fiction/Horror – Not a big science fiction or horror guy these days. Liked them more as a kid.

Invasion of the Body Snatchers (original)

Help! – Help me if you can I’m feeling down…

Can’t Buy Me Love – Even though it’s named after a Beatles song, which is played at the end, it’s got nothing to do with the Beatles, but it’s still fun.

Ramones: It’s Alive – Okay, maybe it’s not a musical per se, but it is music and ya gotta love The Ramones: “One, two, three, four…”

Singin’ in the Rain

Wizard of Oz, The

I could go on forever, but I gotta stop at some point. So:

What about you? What movies do you like to watch over and over again?

I'm thrilled by the great reviews that Broken Windows has been receiving. Here’s a small sampling:

I’m also honored and thrilled – more than I can say – that my story Windward appears in The Best American Mystery Stories of 2018, edited by Louise Penny and Otto Penzler. I wrote a blog on that on SleuthSayers if you want to check it out: https://www.sleuthsayers.org/2018/10/the-impossible-dream.html .