by John Floyd
Earlier this month my old (or maybe I should say long-time) friend O'Neil De Noux wrote an interesting column here at SleuthSayers about his best, worst, and favorite opening lines of stories and novels that he himself has written. That set me to thinking: since I admire O'Neil and since one of the best things a writer can do is try to copy other writers he admires . . .

Here are some opening lines of my own short stories, lines that might not be grand but that I hope are at least--how should I put it?--effective. 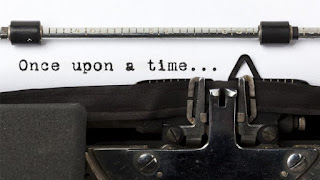 First, a quick note. I've always heard that ideal openings should (1) introduce your lead character and/or (2) establish the setting (time, place) and/or (3) introduce conflict. A fourth goal is to make the reader curious about what might happen next. I tried to do some of those things in these openings:

Ed Parrott was cleaning his gun by the campfire, a hundred yards south of the herd, when the stranger stepped from the shadows.
--"The Pony Creek Gang," Reader's Break, Vol. VII, 1998

Terry Gibbs could remember a thousand unpleasant duties in the course of his twelve years on the police force.
--"200 Feet," Strand Magazine, Feb-May 2014

The two brothers lived together in the city at the end of the valley at the foot of the great blue mountains.
--"Custom Design," Lines in the Sand, May/June 1994

Lou Rosewood stepped into the laboratory, closed the door behind him, and locked it.
--"A Place in History," T-Zero, July 2003

Joe Higby stomped into the ice cream shop, leaned his axe against the wall, and took a seat at the counter.
--"In the Wee Hours," Over My Dead Body, April 2012

It was quiet at the edge of the woods.
--"The Blue Delta," Blood on the Bayou (Bouchercon anthology), Sep 2016

"What I can't figure out," Nate said, as he lay in the dirt behind a clump of cactus near Rosie Hapwell's house, "is why you married that idiot in the first place."
--"Saving Mrs. Hapwell," Dogwood Tales Magazine, March/April 1997

Hank Stegall saw her as soon as she stepped out of the building.
--"Ladies of the North," Phoebe, Spring/Fall 2002

Ames and his driver sat in the black Lincoln outside Ross Vardeman's apartment building, in a parking space as far as they could get from a streetlight.
--"Watched," Untreed Reads, Oct 2011

Around nine a.m., Billy Roland saw the water tower and the first cluster of buildings in the distance, steered his rented Ford to the shoulder of the road, and stopped.
--"Saving Grace," The Saturday Evening Post, July/Aug 2015

Angela Potts noticed, as she plopped down on the park bench beside Sheriff Jones, that he looked grumpy--but that was nothing unusual.
--"Picture This," Woman's World, July 22, 2013

At 8:40 on a clear Friday night in July, Jesse Pratt escaped from Crow Mountain State Penitentiary, stole a pickup from the staff parking lot, and promptly drove it into a lake some fifty yards away.
--"Weekend Getaway," Pages of Stories, Summer 2010

George Tate had fed his cousin's livestock and was trudging back from the barn when he heard the woman scream.
--"Tomboy," Prairie Times, Nov 2010

The scariest day of my life--and the most wonderful--happened when I was ten years old.
--"The Winslow Tunnel," Amazon Shorts, March 2006

Dave Cotten sat on his back porch with a .38 revolver in his lap, staring at nothing in particular.
--"Blackjack Road," Strand Magazine, June-Sep 2012

The old man was popping the last of the breakfast biscuits into his mouth when the door crashed open.
--"Newton's Law," Western Digest, Oct 1998

Milo Stinson thought it would be quiet in the jungle.
--"Two in the Bush," Black Cat Mystery Magazine, Issue #2, 2018

The car was waiting in the alley, with Eddie Stark at the wheel and half a dozen cigarette butts littering the pavement below the driver's-side door.
--"Frontier Justice," Florida Happens (Bouchercon anthology), Sep 2018

Charlie Hunter sat stiff and cramped in the fake leather chair in his back office, watching the clock on the paneled wall.
--"Hunters," AHMM, May 2014

Amos Garrett had switched off his dashboard radio, ejected Willie Nelson, and plugged in Tammy Wynette when he looked up and saw the little white car pulled over on the grassy shoulder of the road just ahead.

Susan Weeks had never seen a monster before.
--"The Wading Pool," Spinetingler Magazine, 2006 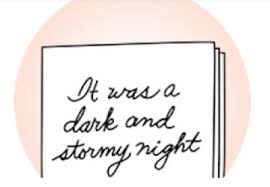 I know, I probably included about twenty too many of these. But hang in there--here are some more, from writers a bit more famous and talented than I am, that I think are among the best opening lines ever:


We were about to give up and call it a night when someone dropped the girl off the bridge.
--Darker Than Amber, John D. MacDonald

The Man in Black fled across the desert, and the Gunslinger followed.
--The Gunslinger, Stephen King

The last camel collapsed at noon.
--The Key to Rebecca, Ken Follett

It was now lunch time and they were all sitting under the double green fly of the dining tent pretending that nothing had happened.
--"The Short Happy Life of Francis McComber," Ernest Hemingway

The grandmother didn't want to go to Florida.
--"A Good Man Is Hard to Find," Flannery O'Connor

At the stroke of eleven on a cool April night, a woman named Joey Perrone went overboard from the luxury deck of the cruise liner Sun Duchess.
--Skinny Dip, Carl Hiaasen

I was fifteen when I first met Sherlock Holmes, fifteen years old with my nose in a book as I walked the Sussex downs, and nearly stepped on him.
--The Beekeeper's Apprentice, Laurie R. King

There was a desert wind blowing that night.
--"Red Wind," Raymond Chandler

I turned the Chrysler onto the Florida Turnpike with Rollo Kramer's headless body in the trunk, and all the time I'm thinking I should've put some plastic down.
--Gun Monkeys, Victor Gischler 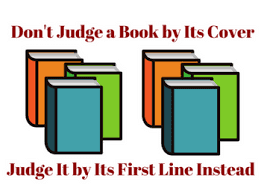 Remember any of those? I love 'em. To wind this up, here's something I found in Secret Windows, Stephen King's often-overlooked, 400-page book of essays on writing. The chapter about story and novel openings that hook the reader is called "Great Hookers I Have Known," and King says the granddaddy of all hookers is this one:

"In the beginning, God created heaven and earth."