Skin in the Game


William Goldman died this past month, the week before Thanksgiving. Predictably, his obituaries led with Butch Cassidy and the Sundance Kid. He wasn't crazy about his own writing, he admitted, but there were two things he wasn't embarrassed by, the screenplay for Butch Cassidy and his novel The Princess Bride. 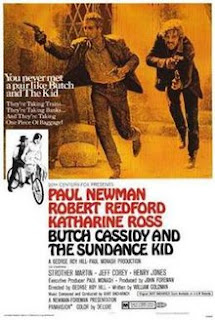 I remember reading The Temple of Gold in the late spring of '63, and being knocked out by it. It was a coming of age story - Goldman himself was 24 when it was published - and it had a cocky, mischievous attitude, kind of like Dick Bissell's early book, A Stretch on the River, but Bissell was my dad's age. As lively as his stories were, they had a period feel, a little removed. Goldman's voice was right there, immediate, confiding, intimate. 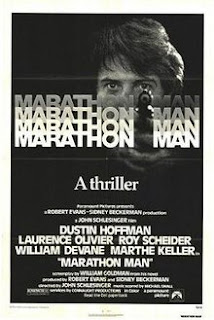 I liked the next couple of books I read, Soldier in the Rain, Boys and Girls Together, but when I recognized his name in the credits for Harper, my mental ears pricked up. (Goldman adapted a second Ross Macdonald mystery, The Chill, but it never got made. Somewhere in the mists, I hear Sam Peckinpah's name attached to this, or maybe that's just wishful thinking.) And then, of course, Butch and Sundance. You might think, looking back, foreordained, In point of fact, not. 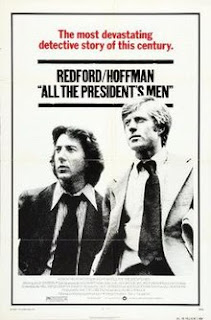 It's obvious Goldman was a movie nut, it's right up front in his first book. The Temple of Gold, the title, comes from the RKO swashbuckler Gunga Din. The two best friends in the novel are just kids when they see the picture, and it becomes a metaphor for their lives. The loyal Gunga Din, in his loincloth, climbing to the top of the golden dome to blow his trumpet and sound the alarm. Yes, it's as corny as it sounds. 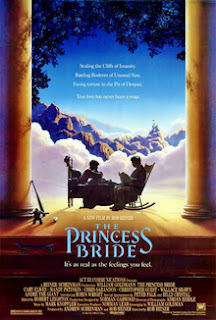 Goldman wrote some good novels, but he stopped writing novels altogether after Brothers, in 1986. He'd found his metier in movies. Look at his credits. He's the guy who turned in the script when nobody thought a movie could even be made - the example is Stephen King's Misery. He always gave good weight. Interestingly, he isn't rigidly prescriptive when it comes to writing screenplays. His advice (Adventures in the Screen Trade) is sound. The basic template is three acts, and it's all about structure. But he clearly demonstrates that these conventions don't confine the narrative, they sharpen it. They burn away the inessential. 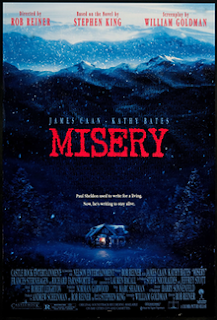 Are they all home runs? No. Chaplin is long on good intentions. The Ghost and the Darkness somehow just rolls over and plays dead. Hard to say, really, what makes a picture work. There's that ineffable something, and Goldman caught lightning in a bottle more than a few times. A few more times than most of us. 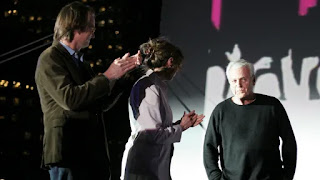 There's a footnote in Bill Goldman's filmography I find striking. Among his unproduced screenplays are several for movies that were later made, but written by somebody else. Goldman's original scripts were discarded. He probably got a kill fee, but that's not my point. I'm thinking more along the lines of what might have happened if they'd used Goldman's scripts. Not that they didn't turn out to be good pictures, in the event. Charly. Papillon. The Right Stuff. Shooter. (And now you're thinking about it, too.)
Posted by David Edgerley Gates at 00:00

William Goldman was a terrific screenwriter and novelist. And his books on Hollywood are priceless gems.

David, I've always been a huge fan of William Goldman. His Adventures in the Screen Trade taught me a lot about writing fiction in general. Great column, as usual.

David, I'm sorry to say I've never read "Adventures in the Screen Trade", but I just ILL'd it. Thanks for another great column.

Yes, every fiction writer can learn from Skin Trade, even if they would never try a screenplay.

In Cary Elwes' memoir As You Wish he reports that Goldman was terrified that Rob Reiner would butcher his novel The Princess Bride. On the first day of shooting they had to stop because the sound man was hearing something strange: Goldman, at the other end of the set, praying. Fortunately, Reiner did him proud.

Further to Rob's comment above, is it possible that Goldman himself thought the scripts weren't up to standard, & self-rejected them?