by O'Neil De Noux
OK, we've had a few posts about opening lines but I do not think we SleuthSayers put up a post about the favorite and the best opening lines of a short story and novel we have written. So here is my subjective opinion of mine.

The Best opening line of a novel I've written is:

The wail of bagpipes echoes through the cold fog and silences the men at the earthen rampart behind the Rodriguez Canal.
– from BATTLE KISS (2011) 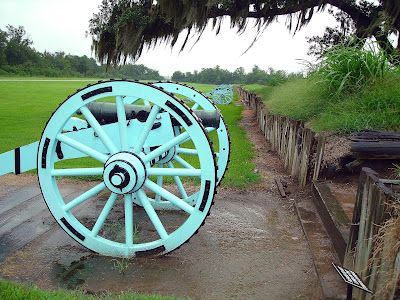 My favorite opening line of a novel I've written is:

There is no trick-or-treating Halloween night, two months AK – After Katrina.
– from CITY OF SECRETS (2013) 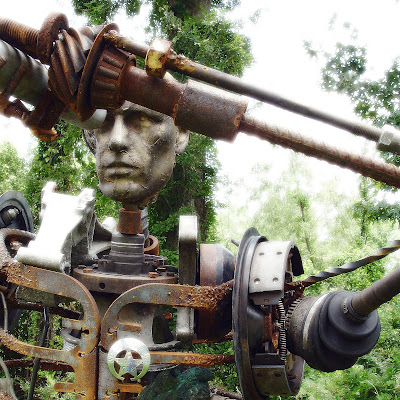 The Best opening line of a short story I've written is:

It was a kiss with promise behind it, as much promise as a good girl would give, enough to make my heart race as we stood under the yellow bulb of her front gallery.
– from "Too Wise" (Ellery Queen Mystery Magazine, Vol 132, No. 5, November 2008 Issue

My favorite opening line of a short story I've written is:


The black German shepherd wasn't a cadaver dog but she found the skeleton in the hideaway closet under the stairs of the unpainted, wooden shotgun house.
– from "Just a Old Lady" (Alfred Hitchcock Mystery Magazine, Vol. 60, No. 9, September 2015 Issue)

Lagniappe. How about a Worst? Here is the Worst opening line of a story I wrote that was published:

It was a dark and stormy night with the wind barking through the mangroves like the voices of angry two-year olds fighting over crayons and I dreamt of a land far away, very far away, a helluva distance away, probably on the other side of the world where it wasn't dark nor was there a storm barking through the mangroves, a place where the mangroves were peaceful and green and I could sit reading Shelley or Keats or maybe Sidney Shelton without the wind whipping the pages of my book or the rain pelting my eyes, blurring my vision of Daphne in a see-through dress with the sunlight streaming through the diaphanous material and I could see all her goodies and make yummy sounds as she slinked up to me like a skank in the night (no, it wouldn't be night because we would be on the other side of the world and the sun would be shining – through her dress).
– from "Like a Stank in the Night" (Hardboiled Sex 2006 Collection)

So what are your favorite and best opening lines? What about your worst?