Before we get started: I have an essay up at Trace Evidence, the Alfred Hitchcock's Mystery Magazine blog, discussing "A Bad Day For Algebra Tests," my story in the current issue of AHMM.   Now, on to our regularly scheduled piece...

I was reading a nonfiction book and enjoying it very much.  And then one day, it happened to be a Sunday, a little switch in my brain flipped and a voice asked:  Can I get a crime story out of this?

The more I thought about it the more it seemed like the answer was: Yes. Maybe a whole bunch of them.

On Monday I pondered characters, names, premises, and the shreds of a plot.  Pretty soon I had all the basics except one.  I wanted this to be a fair-play mystery, and that required a clue.

I hate clues.  They are the bane of my writerly existence.  I have several stories that will never be finished because I literally could not get a clue.

On Tuesday I figured out a clue. 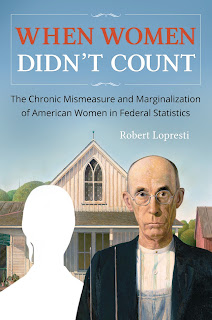 Wednesday I had to make a trip to Seattle, two hours away.  (If you must know I had been invited to lecture at the University of Washington about my own nonfiction book.  There, you dragged it out of me.)

My wife drove.  She prefers to do the driving on long trips because she suspects that when I'm driving part of my mind is busy dreaming up characters, names, premises, plots, and clues.  She isn't wrong.

So I was free to open my Surface and start to work on my story.  The tentative title is "Law of the Jungle," which is all I'll say until it's published.  (Notice how he said "until" like it was a sure thing.  That's confidence, folks.  Or bravado.)

As I have said here many times I am a slow writer.  This is exacerbated by the fact that I have to rewrite and rewrite to translate my work into English from the original Gibberati.  Because of this I always try to write first draft as fast as I can.  It doesn't need to be perfect because quite likely not a single sentence will remain untouched through the final edit.

But there is another reason.  I will never be as in touch with the original inspiration for the story as in those first few days.  I want to get the whole story done before the fever wears off and I am back to my normal self.

And this time I succeeded.  I finished the draft on Monday, still hot with my idea.  6,300 words in five days. For me, that's light speed. 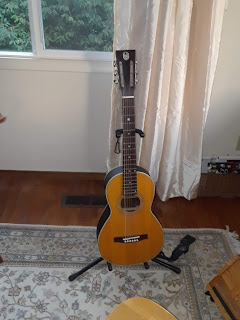 I know there are months of work ahead.  One scene needs to be set in a different location.  A character needs a new name.  Some information needs to be better hidden.

But I can see the road ahead.  In six months or a year this story will be flying off in search of a good home. And it will be a better tale because I wrote the first draft at a fever pitch.

One more thing to add: In retirement I have decided to try to learn to play the guitar.  My first lesson came just about the same time as the idea for this story.  Now every time I start plunking out a few chords I find myself thinking about my characters.  Has something like that ever happened to you?
Posted by Robert Lopresti at 00:00