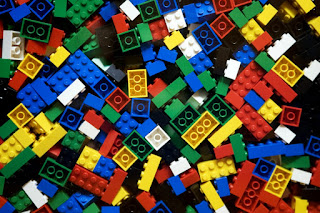 Earlier this year I announced the completion of a deal with Down & Out Books to collect and edit an anthology of crime fiction inspired by the music of '70s jazz-rock legends Steely Dan. I've written sparingly about the anthology in the intervening months, because, frankly, I've been busy, both with the anthology and with so many other things.

You know the drill (or maybe you don't!). Life stuff, work stuff, other work stuff. Other life stuff.

It's a near-constant juggling act. And, as is the case with most aspects of the human condition which rely on accrued wisdom and developed skill, "the more I know, the less I understand" (with apologies to Don Henley): I'm really much better at juggling this sort of stuff now than I have ever been. And yet I also realize just how inadequate I can frequently be at covering every base in need of coverage.

The terrific thing about this particular anthology is that I have the great pleasure of working with a group of seasoned pros. Several of them submitted stories so perfect, they defied any attempt at editorial "improvement." Others required several drafts to knock the story into a shape which works with this particular theme. Every single one of them has been an absolute delight to work on: the joy of discovery coupled with the satisfaction of having assisted truly talented artists in getting the absolute most out of their work. All in varying degrees, of course. As I noted above, every story is different.

Speaking of development, as I've mentioned before, I have a six year-old son. He's in first grade, loves Thomas the Train Engine, a revolving cast of superheroes, puzzles, games, playing tag, and music. He has also recently discovered that he loves dancing. And either because he's six, or because he takes after his old man in this regard, he has yet to be the slightest bit self-conscious about doing it in public.

(His mother really hopes it's because he's six. I, on the other hand, think the kid's doomed...)

And, of course, Legos.

More to the point, he loves playing with Legos, with me.

Let me back up a little bit.

Before he started kindergarten, our son had the great good fortune to attend a preschool run by a fabulous woman named "Ms. Mo." High energy, relentlessly positive, a constant ray of sunshine (and able to pull that off without ever once coming across as one of those fake Suzie Sunshines who are just the worst).

Ms. Mo loved signs: the bigger, the brighter, the more eye-catching, the better. My favorite one of all of her signs dispensed the following words of wisdom:


This one has really stuck with me. I find myself mulling over it constantly. At least two or three times every day.

If you're a parent, you know what I'm talking about. Friends in the know tell me all the time: "Enjoy this age. He won't be like this forever."

And I gulp, and resolve to invest every scrap of time I have into reinforcing this relationship. In selfishly doing my best to ensure that he always enjoys spending time with the old man in one way or another (A fool's errand, I know. NO ONE enjoys being around another person ALL the time. But I think you know what I mean...), or not so selfishly, that he will grow up self-confident and still possessed of the incredible capacity for love that I find so admirable in his six-year-old self.

And then I get busy with work. Or with replacing the blown tire on my wife's car, or in cleaning the house, or in doing laundry. or, or, or...

Or working on my anthology.

I've juggled in that regard by letting him watch TV (we are pretty careful about both TV and internet/electronics. They both get earned and rationed out accordingly.) in my office while I work at my desk. Or letting him play with his Legos on the floor of my office, while I continue to wrestle with the anthology deadline which marches inexorably toward me.

But my kid likes to play Legos with me.

So I'm gonna go do that.

One final thought before I go.

I have shared earlier this year how I once wrote eighty thousand words in eight weeks. I mentioned near the end of that post how I was single then, and I'm married now. I am positive I could still pull that sort of pace off if required to do so, married or not, son or not, day job or not.

I could, if that were my main priority.

But sometimes you have to manage your deadlines, or they're gonna manage you. I'm doing that, and my project is slated to come in on time and ready to publish in mid-2019. Good thing, too.

Because, sometimes, if you know what's good for you, you're gonna prioritize the Legos.

And on that note, I'm off to build something called a "catcopter." I'll let you all know how it turns out!
Posted by DoolinDalton at 01:29