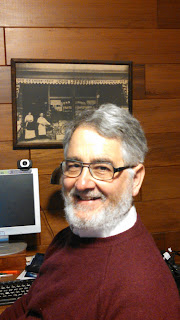 I had an odd and interesting experience today.

I am working on the seventeenth story in my series about mystery writer Leopold Longshanks.  This one will include several characters who have been mentioned before and I realized I needed a scorecard, so to speak. So I skimmed through all the previous stories to see what I have already mentioned about any characters who have, or are likely to, appear more than once.

And am I glad I did.  It turns out that the woman I have been referring to in my draft as Meghan McDonough is really Megan McKenzie.  Oops.

More annoying is the fact that another character I wanted to bring back is Fiona Makem.  It is an absolute grudge of mine about authors who confuse their readers by giving characters similar names.  If you have five people in your story why name them Pete, Pat, Paul, Polly, and Thusnelda?  There are so  many initial letters to choose from! 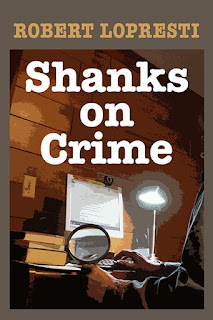 But in my case Makem and McKenzie had appeared in separate stories so I hadn't noticed the similarity before.  So in my current tale I got them on a first name basis immediately.

Another reason to make careful notes is that Fiona is attempting to write a mystery novel set in each county in Ireland.  I need to remember that she has already covered Death in Donegal, Whacked in Wicklow, and (my favorite) Plugged in Cork.  God only knows how she is going to handle Fermanagh and Laios.

My list of characters also set my fevered brain to work. What if straight-laced Officer Dereske met eccentric philanthropist Dixie Traynor?  That might provide some fun.

I always make character lists before starting a novel (for one reason, to avoid multiple use of the same initial, of course).  But this is the first time I have had to do it with a series of stories.

And I guess that's a good thing.  I like a series with a large supporting cast.  Think of Nero Wolfe or Amelia Peabody.

Now I had better get back to story #17.  Our hero is just about to reveal the solution...