Show ... without a lot of telling


by O'Neil De Noux
An excellent example of this is the final scene in Stanley Kubrick's movie about World War I, PATHS OF GLORY (1957). A movie about war and pain and suffering, destruction and the unfairness of death. 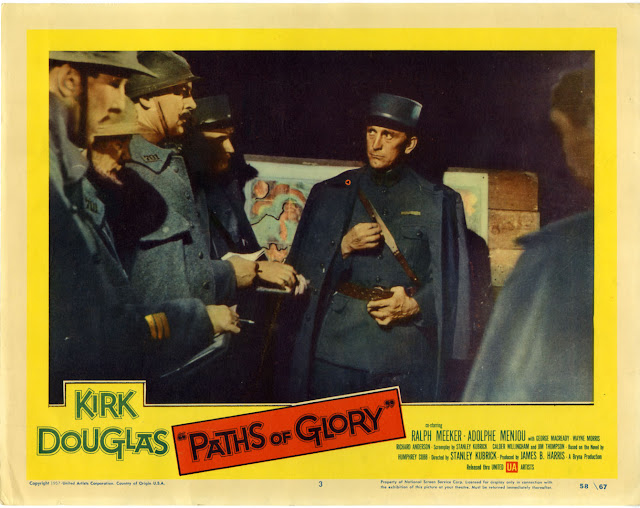 The final scene involves a group of war-weary French soldiers in a cafe where a German girl is brought up on stage. She is terrified. Is she going to be molested? Made to take off her clothes? Killed? No. She is told to sing.

She stands in front of the crowd and sings through tears and trembling lips and as she sings, the racous crowd grows quiet, tears well in the eyes of these hard, lonely, distraught soldiers. Kubrick shows us what the men are thinking through their faces. 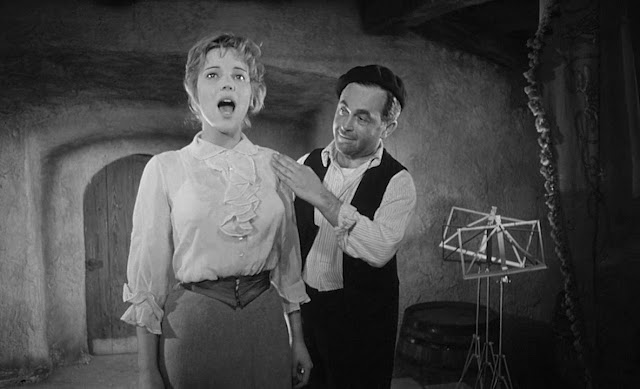 No one molests her because she is not seen as a sex object, but a woman, their girlfriend, their wife, their mother, someone to treasure. She is no longer the hated Bosche, no longer German, no longer the enemy. She is – a woman. For a brief moment, she brings beauty and music into the lives of these men. 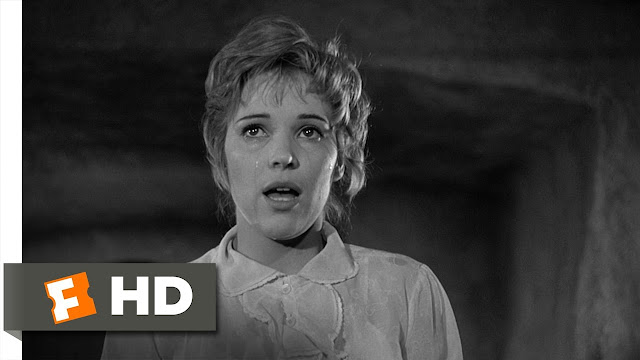 The genius of the scene is how Kubrick shows us this without telling us. No one explains what's happening. No one says anything. We know without explanation. Sometimes, when I view this scene, I get a little choked up and I wasn't in WWI.

This is what showing instead of telling is about.

The actress who plays the singing German girl is Christine Harlan. Stanley Kubrick marries her and she remains his life-long companion until his death in 1999.

For its anti-war message and damning portrait of the French officer class, PATHS OF GLORY was banned in France for twenty years.

The scene described above can be seen on YouTube. Check it out here.