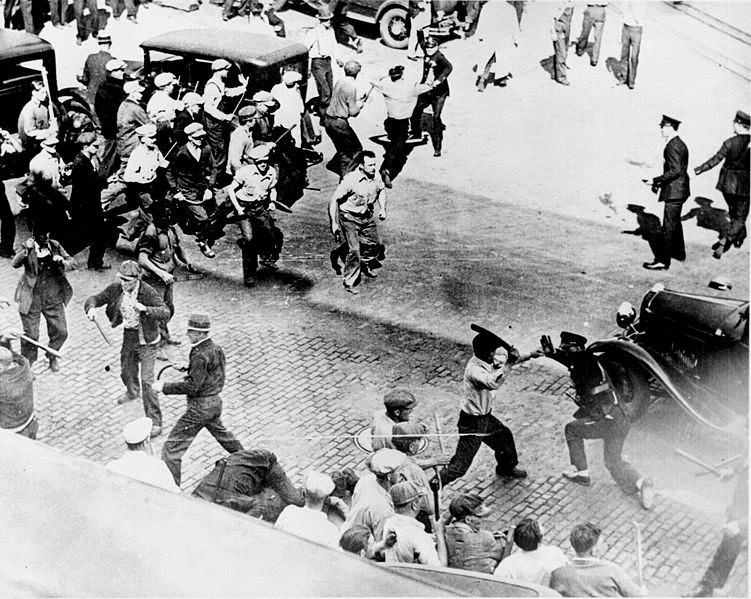 Eve Fishers' recent blog titled, "Peace, the Elusive" was so thought-provoking that it has prompted me to pen something along the same lines.  In her excellent article she addressed the painful issues of both violence and it's impact, and the rage that she, herself, carries and how she deals with it.  And she deals with it in a very constructive way--she works with convicts on this very issue within prison walls.  A bold and a brave choice, in my opinion.

I can certainly relate to her anger when confronted with violence in all it's many manifestations, criminal, political, and domestic.  Violence is a baffling, terrifying, and life-changing (or ending) event for most people.  It's effects ripple outwards from its central act to touch and poison many, many lives.  It's a gift that keeps on giving.  Sometimes for generations.

As a child, I grew up in an environment that allowed for a good deal of it.  As Eve pointed out, boys of my era were encouraged to stand up for themselves, and that often meant fighting.  And we did.  I literally cannot recall how many fist fights I was in as a kid.  The majority were fairly harmless and were mostly wrestling matches with a few punches thrown in.  Others were more serious.  This was generally because the stakes were higher--personal honor (being called a liar, or a coward, could not go unanswered), or slandered family members (things could get ugly with this one, and sometimes led to fathers duking it out in the street--no kidding).  In some instances, when friends or brothers had been beaten up in an unfair fight (two on one, older and bigger kids, ambush, rocks, etc.) a similar response was crafted and executed.  I planned, plotted, participated, and sometimes excelled in these endeavors… and I hated it.  The only time I ever felt remotely right during all this was when standing up to a bully; an older kid who was picking on me, or my friends.  Even then, I dreaded physical violence.  Yet, there seemed no end to it.

There were fights at home, fights at school, fights on the way to school; fights on the way back.  There were fights at parties, fights with friends, fights with enemies, and fights with strangers.  I was jumped walking down the street– more than once.  Being in the wrong place, with the wrong person, looking wrong, looking at someone wrong, or being friends with someone wrong, could all lead to blows.  Whether I won, or lost, I was miserable… and angry.  Fathers beat mothers and kids, siblings fought, neighborhood kids fought, and sometimes they fought kids from other neighborhoods.  Sometime there was murder.

Then, as I grew up, I realized that to a greater, or lesser, degree, that this was happening all over the world.  I remained angry. As a young man, an older friend, who would later be my son's godfather, said words to the effect of, "You can't make everything better, because you can't control everything.  It's not all about you, and doesn't depend on you.  You can only control yourself.  And that takes work, and discipline.  Just worry about making your little part of the world better, and the world will be better for it… but not perfect.  Never perfect."  He was wise, which is one of the reasons he godfathered my only son.

Years later, long after I had been a soldier and then a police officer for many years, I found myself in the confessional telling my priest how I sometime longed to do violence against my fellow man; just as when I had been a boy.  Without going into the theological details, he offered me this: Forgive those you most don't want to forgive, and forgive yourself.  Not just because it is what we are taught as Catholics, but because it is the only thing that can set you free and give you any peace.  So long as you rage against the violence in others, you stir the violence within yourself.  Forgive, and violence starves to death.

I suspect most of us on this site can, on one level or another, relate to my experiences. One of the hardest things in life to reconcile is that many people are not like us. And I'm not talking about color, religion, race, or creed, but behavior. They choose to do what is wrong, or certainly what we consider wrong. In some instances it is a result of what they have been exposed to, in others what they believe to be correct and right. In all cases it infuriates us that they cannot see what we see; believe what we believe, especially when it comes to violence. But they don't, and probably never will. It doesn't mean that we should cease trying to make a difference, on the contrary, it is important to always try, I think. Yet we can only control so much, hence the anger. Free will has bedeviled us since man first stood upright, yet without it, and all its demons, everything becomes meaningless.

Finally, in a comment by Janice Law on Eve's blog, she challenged us as writers to do something meaningful when dealing with the subject .  That is a worthwhile challenge, and who knows, by doing so we may make some small, but important, difference in the world.  It matters.
Posted by David Dean at 00:01