by David Edgerley Gates
Mark Twain's essay, 'Fenimore Cooper's Literary Offenses,' is one of the more definitive take-downs, rude, exacting, and murderously funny. Twain's subject was always America, the American narrative and the American imagination. Cooper, for all his faults, is clearly the first American novelist. An infelicitous writer he may be, but he's more or less trying to invent a New World literature, and in this sense, we wouldn't have Twain if Cooper hadn't ploughed the ground beforehand. Twain means what he says about Cooper's stylistic clunkers ("use the right word, not its second cousin"), and certainly there's a generational difference, Cooper an inflated literary monument who's fallen out of fashion, Twain the more spirited and energetic voice, but Twain's real quarrel seems to be with the tradition of Romantic literature itself. Cooper's themes are vigorous, but his execution is lazy, and generic conventions sand off the rough edges. Twain argues for a greater muscularity.

Cooper's dates are 1789 to 1851. Sir Walter Scott's are 1771 to 1832. They're almost contemporaries. And you can see similarities, their discursiveness on the one hand, and too many easy outs on the other - what you might call the With-One-Gigantic-Leap school of hairbreadth escapes. (In all fairness, Scott is a much livelier and more inventive writer than Cooper; credit where credit is due.) I'm also bringing up Scott because Twain's got a score to settle with him, too. Twain wrote Life on the Mississippi some years after the fact, and although he has a soft spot for the river and its steamboat culture, he's not at all nostalgic for the slave economy of the prewar South, and he puts the blame for the elegiac folderol of the Lost Cause squarely on Walter Scott. Nor does he mean it as metaphor. Twain says expressly that the sentimental goop in Scott's romances - in particular Bonnie Prince Charlie and the failed Stuart uprising of 1745 - leads not only into the failed enterprise of Secession, but that it influences the historically revisionist nonsense that the slave states were some kind of agrarian Eden, unsullied by grasping capital and crude industrial instincts, a benevolent plantation economy, where the darkies of some mythic bygone age were happy to know their place. 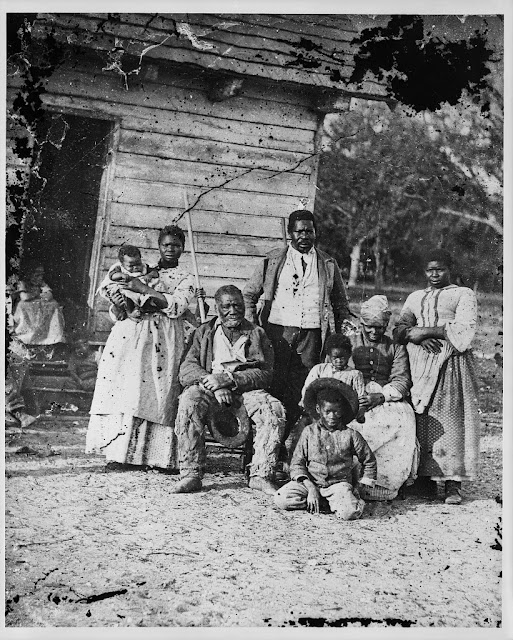 Twain has no patience with this crap at all. Remember that he was born in Missouri twenty-five years before the Civil War, and was no stranger to slavery as a commonplace of everyday life. Twain seems to be the first American writer to integrate slavery (no pun intended) into the fabric of his fiction. I don't mean to scant Harriet Beecher Stowe, but Uncle Tom's Cabin is agitprop. It was enormously successful, at the time second in sales only to the Bible, but let's be honest, it's not seriously coherent, or anything like realistic. It rings every phony bell. If we take Twain's critical yardstick as a useful measure, Uncle Tom's Cabin is flabby, and Huckleberry Finn is muscular. Twain represents slavery as a constant in the social dynamic, it's simply there. Harriet Stowe preaches. Twain is more subversive. If slavery is the lie at the heart of America, the original sin, Twain disinherits our creation myth. This country wasn't founded on the altar of liberty, he tells us, it was established with a crime. 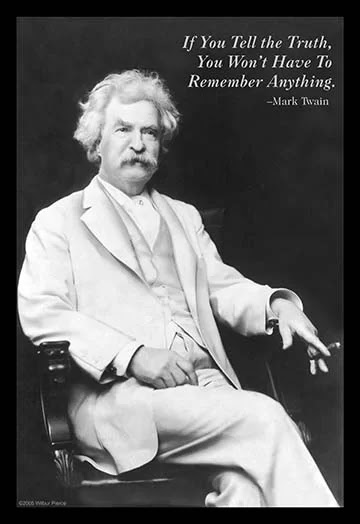 Huckleberry Finn is celebrated for its vivid invention: Miss Watson, a tolerable slim old maid, Moses and the Bullrushers, praying for fishhooks; Huck's escape from his father, his deceptions, disguises, and improvisations; the long, somnolent days adrift on the river; the abandoned boat, and the House of Death; the Grangerford feud, easily the single most terrifying episode of the book; the killing of Boggs, and the public shaming of the lynch mob; the horrifying vigilante violence that overtakes the Duke and the King; even its farcical ending, the over-elaborate plot to free Jim. What knits it all together, through its eventfulness and Quixotic structure, the shifting landscape of shore and water, is Huck's shifting internal landscape, his moral antagonisms. Jim is clearly human, Huck sees him as a person; but Jim is chattel, he belongs to somebody else. There's a moment when Jim talks about trying to rescue his wife and children from their new owner, and Huck is scandalized. Jim's talking about doing an injury to a man Huck doesn't even know - this is how Huck puts it to himself - stealing another man's property. The irony passes without being labored. Another example is that that Duke and the King can trade Jim off as a fugitive (he is, of course, having run away from Miss Watson), but it doesn't matter whether Jim is a particular fugitive, on a wanted poster. The fact that he's black, and on the loose, and nobody lays claim to him, is enough. He's guilty by virtue of who he is. Once they miss the confluence of the Mississippi and the Ohio at Cairo, the tip of Illinois, they're drifting into the Deep South. Kentucky, Tennessee, Arkansas. Jim's exposure is greater, his hope of rescue that much less. The comedy begins to sink, and the inevitable weight of despair settles on Huck's shoulders, a long-held, guilty secret. 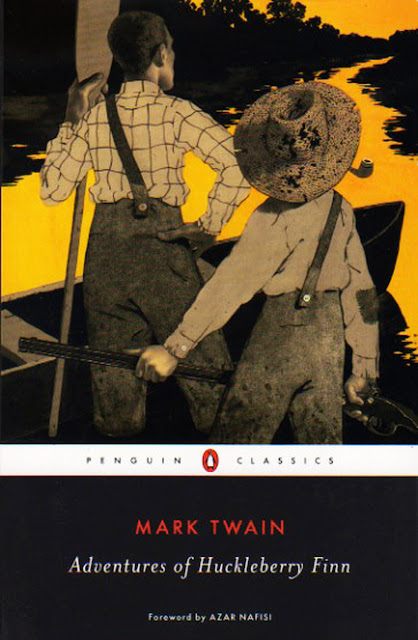 For all that I recognize Huckleberry Finn as a great book - I agree with Hemingway, among others, that it is in fact the Great American Novel - Huckleberry Finn is not Twain's closing argument about slavery. That book would be Pudd'nhead Wilson, a novel Twain began as slapstick, or farce, but which descends into utter darkness, a bottomless sinkhole of cruelty and shame.
Pudd'nhead Wilson is a murder mystery, and it turns on themes of doubling. The two Italian twins, who appear to be working a parapsychology con, and the two boys switched at birth, Tom Driscoll and Valet de Chambre. The resolution depends on fingerprinting, very much a novelty at the time of the action, the mid-1800's. (Twain was fascinated by technology. A picture shows him in Nikola Tesla's lab.) By his own report, Twain started out with a comic premise. but the social savagery crowded out social satire, and the unresolved tensions of race, privilege, and clan loyalties are redeemed in brute violence.

The peculiar institution, a coinage of John C. Calhoun's, had by the 1880's become completely racialized, an American refinement. The practice of indentured servitude, common in colonial times, was by definition a term of indenture with a set expiration date or a buy-out price. But slavery was an inherited station; you were born into it, and would die as property. Your children, no less, were livestock. None of slavery's advocates made a secret of its racial foundation, and of course breeding was encouraged - slaves were a cash crop. The flip side of this, and generally accepted, was that slave women were used for sex by their white owners, and they got pregnant, and these children were born slaves, too. The high-yaller gal was appreciated for having her more African characteristics diluted.
By the time we get to Pudd'nhead Wilson - to clarify, Twain wrote the book in the 1890's, but the story takes place some fifty years earlier, before the Civil War - these racial norms are well established. Roxana, owned by the Driscolls, is one-sixteenth black, and nursemaid to Thomas Driscoll. Her boy Chambers has a white father (possibly Percy Driscoll, her master), and he's but one-thirty-second black, which still condemns him to slavery. He looks white; in fact, Chambers is almost indistinguishable from Tom, but born on the wrong side of the blanket. Roxy exchanges the babies. Her son grows up as heir to the Driscoll fortune, and Driscoll's son grows up in the slave quarters - that hint of the tarbrush is enough. Later in the story, when Roxy explains his clouded birth to her grown son, masquerading as Tom, and threatens to expose him, he eliminates the threat by selling his mother downriver to the Delta cotton fields. Nothing if not resourceful, Tom murders his uncle, and frames one of the visiting Italian twins for it. In the end, he's too clever by half, and the pretense unravels. The false Tom is himself sold on the auction block. The real Tom, raised as the slave Chambers, is restored to his family legacy, but he's neither fish nor fowl: he loses the one tribe he knows, the slave community, and can't assimilate as a white slave-holder. The well has been poisoned. 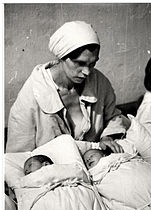 Twain seems to suggest that the false Tom is corrupted by privilege,  although he doesn't quite come down on one side or the other, nature or nurture. In the story, race is destiny, but not in the sense that one boy has a sunny outlook because he's secretly white, and the other has a temperament tainted by residual blackness. Some of their character can only be hard-wired, some is learned behavior. Perhaps the slave Tom has a native innocence, or a talent for it, and Chambers, the spoiled child, enlarges into bullyhood. Twain is ambiguous on this score. He's unambiguous in saying that circumstance itself - the iron conventions, the conditions of life, the immobility - creates a fatal lack of choice. Tom and Chambers are bound to one another by blood debt; both of them are trapped.
The longer shadow cast by Pudd'nhead Wilson is historical, the dark bruise of our national grief, spreading underneath the skin. The most pernicious aspect of historical denial is selective memory, and the evasion of responsibility. Glamorizing the South in defeat, and pretending race wasn't at issue, allowed for lynch law and Jim Crow, disguised as state sovereignty. It may have been coded language, but it was unapologetic white supremacy. 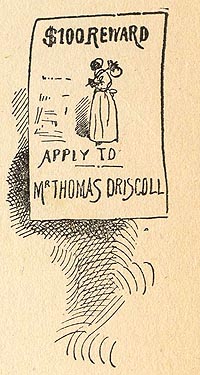 Not addressing the buried past - the unburied past, as it happens - or underlying social frictions, stresses any political system. It's generally accepted that the unequal terms imposed on Germany at Versailles in 1919 led to economic ruin and the rise of Hitler. Weimar was too weak to contain the tensions between the Red factions and the revanchist Right that played out across Europe. Much the same happened after the second war, the sentiment that the German Army was stabbed in the back again, even though this time they didn't have any Jews left to blame it on.
We see something familiar, then, in the grievance politics of our dislocated present. The vocabulary is different, to a degree, but the clamor, the intemperance, the hardening of the arteries, echoes the slave state sympathies of John C. Calhoun and his uncompromising belligerence. We seem ready to revisit the Lost Cause, not through the rosy lens of Gone with the Wind, but with a constipated whiner who got pushed off the swings. "George Porgie, pudding and pie, kissed the girls and made them cry. When the boys came out to play, Georgie Porgie ran away."
The question is ownership. Who controls the narrative? If we surrender the narrative, somebody else tells the story. Twain's lesson is that we can recover it, but we have to trust an unreliable narrator, a device as old as Homer. So we listen to our hearts. The rest is noise. 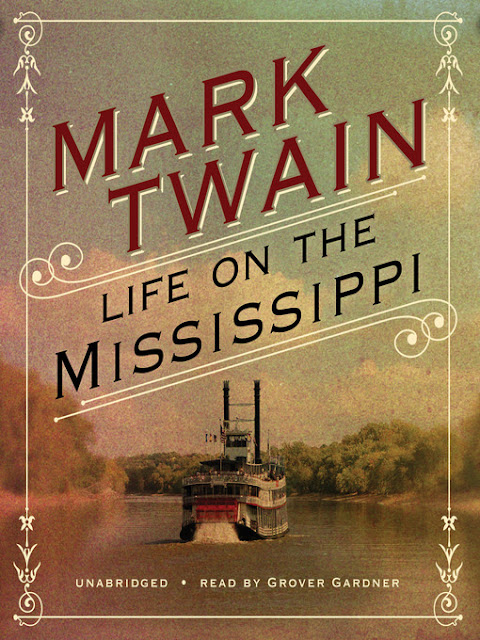