I Write Therefore I Am


by Paul D. Marks
Sometimes—often—I get tired of the writing grind. A lot of blood, sweat, tears and toil for very little reward, or so it seems. I’ll complain to my wife that I want to quit. I’ll think about doing just that. But then I think about what I would do with all that extra time. Garden? Watch TV? Read? Do hobbies? Spend even more time walking the dog. 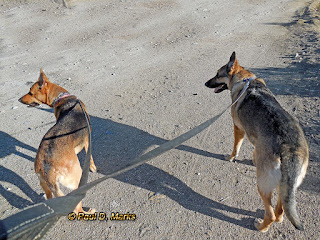 Who would I be? My whole identity is wrapped up in being a writer and has been almost my whole adult life. I don’t think I’d recognize myself anymore if I wasn’t writing. One hears about people who retire and have these great expectations of playing golf all the time or doing whatever their fancy is and then getting bored awfully damn quick. But also losing their identity because so much of it was wrapped up in their work.

Writing is more than a job. It’s a calling. I’ve sacrificed a lot over the years to work at being a writer, so obviously it was something that was worth making sacrifices for.

And I like the process of creating something out of nothing, yet it’s too late for me to be a molecular physicist, if that’s the right terminology. Writing fiction is like putting together a jigsaw puzzle (something I don’t have the patience for). But like a jigsaw puzzle in writing you have to find all the right pieces and put them in all the right places or it just doesn’t fit.


Red Smith famously said: "There's nothing to writing.  All you do is sit down at a typewriter and open a vein."  Even when you open a vein for the Red Cross and donate blood they give you juice and cookies.

Most people don't have an appreciation for what we go through as writers.  The hours spent alone, no one to talk to over the water cooler (though that's changed somewhat with the internet, which is a surrogate water cooler).  The opening of our veins to get to the good stuff.

Like I said, it’s a calling. And it called me very young. When I was a kid I used to set up my army men on the bedroom floor.  But often, instead of moving them around pretending they were on a real battlefield I would pretend that they were on a movie set. I was lucky enough to have one little plastic figure of a cameraman and I'd even set up my TinkerToys in such a way to mimic Klieg lights. I'd move the men around the floor, putting words in their mouths, the good guys and the bad. Making sounds of gunfire and other sound effects. That, coupled with having been born in Hollywood, literally, made me want to do something in the movies. So today when I write something I figure I'm just doing on paper what I used to do on the floor of my room, moving around letters and sentences the way I used to move "armies" across the floor. And it really all amounts to the same thing. On the other hand, I am really still playing with (and collecting) toy soldiers. See pic.


And, when I started out as a writer I had romantic notions of what being a writer meant. Images of Hemingway sipping absinthe on the Left Bank. And though Hollywood ain't no left bank it did have Joe Allen's at the time, so I went there for drinks. Or I'd sip some whiskey while writing in my little office. But I found that if I drank while writing—or trying to write—I didn't want to write. I wanted to play. So those romantic visions of the drinking writer (at least while writing) vanished quickly as did the bottle. I also thought writers should hang out at bars and dives and soak up atmosphere or thrown beer. My first adventure out was to a well-known sleazy eatery. I sat at the counter listening for tidbits of dialogue, insights into lives. What I got was a shirt full of beer when two guys playing pool a few feet away got into a fight. Free beer, who could ask for more?  If a cop had stopped me on the way home my shirt-alcohol level would surely have been over the legal limit.  Would they have arrested me or just my shirt?
So, though it can get tedious, though the rewards might not always come, I don’t think I could or would ever give up on writing. Ultimately, we write because we have to. We open those veins because we have no choice. And anything’s better than sitting around watching TV all day, even that vein opening.

"I hate saying a book transcends the genre and I honestly usually don't like books that do. This one however does and might win some awards because of it."
—Jochem Vandersteen, Sons of Spade 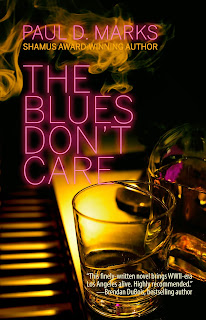