Tuckerization (or tuckerism) is the act of using a person's name (and sometimes other characteristics) in an original story as an in-joke.
--Wikipedia 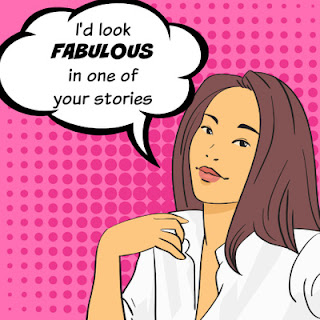 It occurred to me, after I started writing this, that I'd done a SleuthSayers piece on this topic almost four years ago, called "Namedropping." If you take the trouble to go back and read that post, be sure to read the comments also, from readers--I think those are more interesting than what I wrote in the column.

Anyhow, I want to say a little more about the subject, especially because I have since discovered that this practice has a name. The term tuckerization is derived from the late Arthur Wilson Tucker, an American writer of science fiction who--that sly dog--made a habit of using his friends' names for minor characters in his stories. (Most of you probably know this already. I think I was the last writer on earth to find out.)

Mr. Tucker would've been proud of me, because I've been merrily plugging the names of friends and fans into my short stories for a long time. (Well, at least friends; the word fans might be overstating things a bit.) The satisfying thing is, every time I've tuckerized someone, I've been encouraged to do it again because the tuckerizee seemed so tickled by it. I would assume that's probably one of the rules of this practice: Do it only if you're fairly sure the person being mentioned will enjoy seeing his/her name in your writing, rather than want to sue your ass off.

My tuckerizing has so far consisted of the following:

As mentioned in the earlier SleuthSayers column . . . 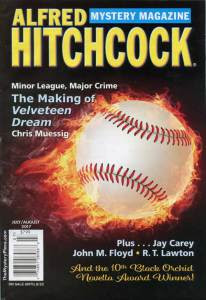 - Chuck Thomas, one of my banking customers at IBM, was a mischievous high-school student in "Not One Word," Futures Mysterious Anthology Magazine, July/Aug/Sep 2002.

- Cheryl Grubbs, a classmate of mine at Kosciusko High School, was featured as a deputy sheriff in "Trail's End," AHMM, July/Aug 2017, which became the first story in a series.

- Charlotte Hudson, a friend and former writing student, appeared in "A King's Ransom," Sherlock Holmes Mystery Magazine, Issue #19, 2015; and both Charlotte and her husband Bill were characters in "Ball and Chain," Woman's World, July 27, 2015. (I said in the previous SS post that Charlotte was in two Woman's World stories, but I later discovered it was one in WW and one in SHMM.)

- Charles Heisley, a fellow engineer and old Air Force buddy, became an officer in the Louisiana State Police in "The Blue Delta," Blood on the Bayou anthology, Sep 2016. Chuck lives in Hawaii now, but he's originally from Florida, so Louisiana wasn't too big a reach.

- Deputy Cheryl Grubbs has made additional appearances in two more of my Sheriff Ray Douglas series installments--"Scavenger Hunt," AHMM, Jan/Feb 2018, and "Quarterback Sneak," AHMM, Mar/Apr 2020--and will be featured in two more stories already accepted and coming up at AHMM and one at Down & Out: The Magazine.

- My friend Terri Fisher was a physician in one of my Law and Daughter series stories, called "Doctor in the House," Flash Bang Mysteries, Spring 2017.

- Donna Fairley (the maiden name of one of my IBM colleagues, now Donna Huebsch) was a teenaged genius in "Ace in the Hole," Flash Bang Mysteries, Summer 2017. In real life, I can easily believe Donna might've been a teenaged genius.

- The first names of our oldest son's three children--Lily, Anna, and Gabe--were the first names of my three main characters in "The Music of Angels," The Saturday Evening Post, Sep/Oct 2018. In fact those were that story's only three characters. I didn't tell the kids about it, so when I sent them the magazine and they read the story, they thought that was a hoot.

- My old DP friend Alan Collums (we used to call the computer business Data Processing instead of Information Technology) will make an appearance as a cop in the Jackson, Mississippi, police department in "Friends and Neighbors," a story that AHMM has accepted but hasn't yet published. 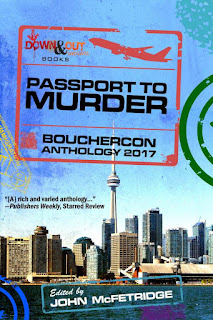 
On the other side of all this, I have found my own name in two stories--both of them written by my SleuthSayers co-conspirators Robert Lopresti and Michael Bracken. I knew about Rob's story beforehand--and blogged about that one in my "Namedropping" post--but I didn't know about my role in Michael's story until I happened across it while reading for pleasure, in the 2017 anthology Passport to Murder (which included stories by both of us). That was a pleasant surprise. O'Neil De Noux and I were both featured in Michael's story--O'Neil as a policeman (which he once was) and I as a systems engineer (which I once was).

What are some of your own experiences, with this crazy practice? Have you tuckerized friends' names in your fiction? If not, have you considered doing it? Have you discovered your own name in the writing of others? If so, were you told about it beforehand? Did you sue 'em? (Just kidding.)

As you might imagine, part of the fun of writing this post was the research it required: I went back and checked most of my stories (not all--there are a lot of 'em) to try to remember the times I had mentioned friends and colleagues and family members as a part of the plot. And that in itself brought back some fond memories.

Lately, though, nobody's been lobbying too much for it--which might be a good thing.

Maybe I'm all tuckered out.