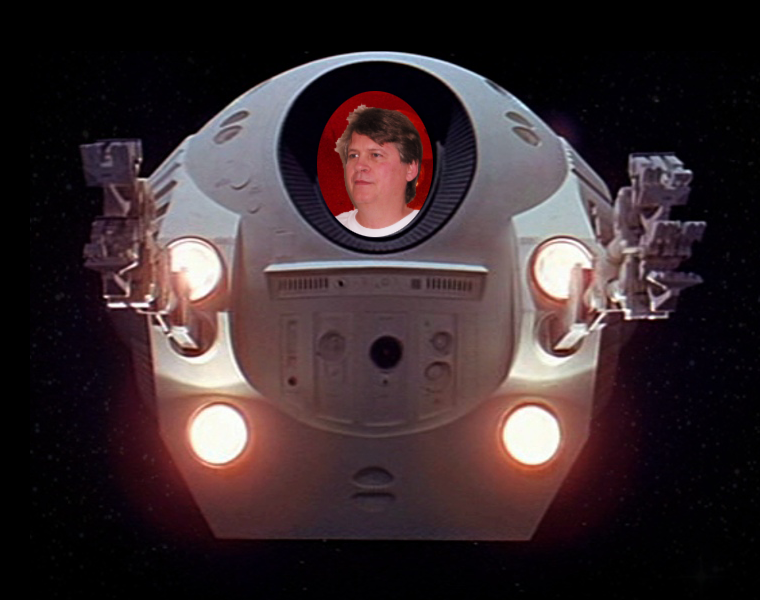 This was not a conversation from 2001, but one in my own house in 2019. The name Hal has been changed to protect the guilty.

My friend Thrush and I installed most of these as inexpensive, tinker toy, erector set, do-it-yourself doodads. I’ve avoided big, brand name products, which are less fun and très cher. They’re also proprietary– they might reject third party add-ons or charge you subscription fees to maintain connectivity to your products after the first year.

But, for a critical component, I deviated from the DIY rule. It was not cheap. I bought the latest name brand thingamajig from a well-regarded manufacturer, the latter part of a $2.2-billion conglomerate with $2.5-billion in home automation and security sales. Also, *gasp* I paid for dealer installation instead of assembling it myself. I had to wait two months for the initial product to roll off the assembly line. I’m also well aware of ‘bleeding edge’ technology, but with an engineer and a couple of software gurus on the premises, how risky could it be?

As it turns out… there’s a reason I’ve not mentioned the product and brand name– I signed a settlement agreement not to. After a multitude of ‘Hal’ interactions not unlike the above, I sought remedies.

The device would not obey Apple, Android, or Google demands. It often reported contrary information, e.g, it claimed the device was on when it wasn’t, and vice versa. Worse, I couldn’t tell it to turn on the doohickey because it thought it already on, and I couldn’t tell it to turn off the box because it was already off. The only solution was to reboot.

Mashing the on/off buttons often proved fruitless. I pictured some poor schlep in California helplessly watching his kitchen devices cycling on an off, his lights flashing, and his garage door bouncing up and down thanks to a signal routed from Florida.

Meanwhile, lights would go on and doors would unlock and open at three in the morning. Picture Captain Kirk slamming face first into Enterprise doors that abruptly open and close. Fortunately the blast from the rudely awakened entertainment center frightened away any curious burglars.

Internet capability either wasn’t installed or it refused to work. Even if internet had been fully functional, it was poorly designed. If the internet was down (as mine constantly is!), their version of software couldn’t operate the device. You’d have to get out in the rain to open doors and turn on lights, even if you had electricity.

I’d purchased battery backup that of course spectacularly failed. I’m hard pressed to think of anything that did work. Believe me, the situation was so much worse than I’m allowed to describe.

So call tech support, right? Exercise my warranty and call the installer too?

The first techie admitted they didn’t yet have manuals and guidelines, but agreed the unit wasn’t behaving as promised in promotions, including expensive video ads. He'd request a replacement.

Then the second guy I’ll call Dan, but his real name is Butthead. He aggressively began by insisting nothing could be wrong with the device. He said I expected behavior it wasn’t intended to do. Dan dismissed the lack of functionality as a misreading of their advertising. This ‘gentleman’ (Sarcasm cleanup on aisle 4) told me I was annoying, nasty, and abusive. (I never was, but we’ll return to that.) Joining in with the installer, Dan accused me of cheating his company and trying to get something for nothing. From there on out, he fielded subsequent incoming calls and refused to forward me to either the original tech guy or their boss. 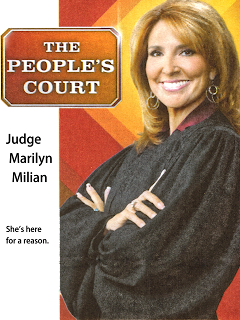 Wow. Not only did I pay out $2500, but failure of the device was sucking $100 a month out of my (personal) micro-economy. Details might violate the settlement confidentiality agreement, but the point is that the device was slowly bleeding me.

Believe me, I’ve understated the problems. So what’s an American boy to do? I sued. I took the $2.2-billion conglomerate to small claims court.

Wait! What is she ➡︎ doing here?

In a subsequent article, I’ll explain my experience and offer tips to anyone considering this route. See you in two weeks!
Posted by Leigh Lundin at 00:01