by John Floyd
My SleuthSayers colleague Melodie Campbell and I were swapping emails last week about how nice it is to receive a bit of good news and encouragement now and then, during these fearsome times. Melodie's writing news, in case you haven't heard, is that her novella The Goddaughter Does Vegas has been shortlisted for the Arthur Ellis Award. (Congratulations again, Melodie!)

This got me to thinking about some of the surprises and unusual things, both good and bad, that have happened to me in my 26-year writing "career." Here are a few that come to mind: 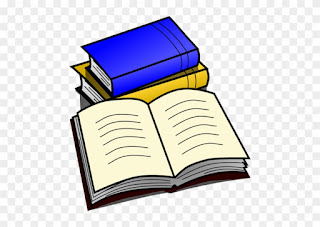 - Four of the first five short stories I ever submitted to magazines were accepted and published. (Boy this is easy, I thought.) The next thirteen--thirteen in a row--were rejected.

- On two separate occasions, due to printing errors, my stories appeared in a national magazine under someone else's byline. After one of those I received an email from a confused reader asking if I also write under the name Elizabeth Hawn.

- I once gave a presentation at a rural library and 75 people showed up. Several months later I did a similar talk at another library and two people attended, besides me. Both of them were library employees.

- I have twice received acceptance letters for stories I didn't write. File that under Excitement and
Then Disappointment.

- I have on three occasions been paid for stories in advance (before they were written). I wish that happened more often. 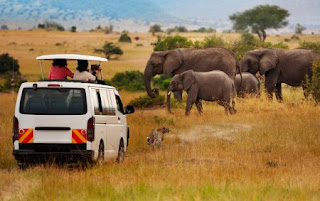 - When our oldest son's wife and their children were bumping across Africa on a tour last year, they saw another passenger in their van reading one of my books. That was a happy (for me) piece of vacation news.

- A customer at a chain-store signing once asked me to sign one of my books for him but not to personalize it, because he said he might change his mind before he checked out.

- Another man at one of my signings told me he'd enjoyed several of my books, especially the first one: A Time to Kill. He was less than pleased when I informed him that he had the wrong John.

- Bad surprise: Long ago, a movie project based on one of my stories was suddenly cancelled two weeks before filming was to begin. Cast and crew and locations were ready, original music was written, etc.--and everything stopped. Good surprise: In January 2019, fifteen years later, a Hollywood producer contacted me via my website to express interest in another of my stories (which thankfully wound up getting optioned). I almost didn't see his email--it went to my spam folder.

- I once submitted a short story (electronically, to the UK) and received an acceptance three hours later. Two other stories (to Kansas and to Michigan) received acceptances almost three years later. Rejections--too many to remember--have ranged from two days to two years.

- My payment for one of my stories was a lifetime subscription to the magazine. (A mixed blessing.)

- The agent I acquired to market my novels has instead helped me sell several short stories and the film rights and foreign rights to other stories. My novels remain unsold. 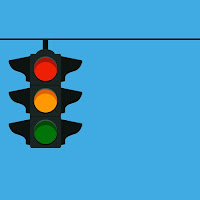 - I once (only once) shared a literary short list with Michael Connelly, Dennis Lehane, Doug Allyn, and Gillian Flynn. Flynn won.

- A friend once told me she takes my books with her when she drives, and reads the stories at stoplights. I asked her not to mention that in accident reports.

- Another booksigning incident: A lady who said we'd met long ago thanked me for using her as a character in one of my stories (although the character had a different name). I told her it was my pleasure. I had no idea who she was, so the whole thing was news to me.

From Russia with royalties

Back to what Melodie and I were discussing the other day, which is the fact that bright spots often pop up during dark times . . . 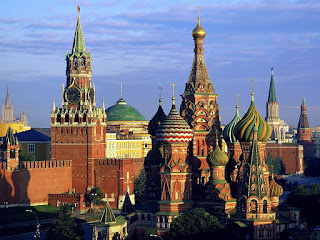 The strangest and most surprising thing to happen to me lately came as a result of an email I received from a book publisher in Moscow last month. It came in via my website and (once again) landed in my spam folder, which--believe me--I have learned to check every day. Messages my computer thinks is junk sometimes turn out to be manna from Heaven.

This email informed me that the publishers had seen my short stories in the print edition of The Saturday Evening Post and would like to reprint those stories in a bilingual collection. We signed the contracts about two weeks ago. The book, to be called Selected Stories by John M. Floyd, will be released in both print and electronic formats by Publishing House VKN Limited, later this year. I'm told that one of the markets for the book will be readers who want to learn English--the stories will be featured with the original English text side-by-side with the literal translation into Russian with grammatical, lexical, and phonetical commentary.

Several of my writing buddies, including my fellow SleuthSayer Robert Lopresti, have secured unexpected book deals with publishers overseas, and even though I've had a number of individual stories translated and published in foreign magazines, this particular kind of arrangement is new territory for me. I owe sincere thanks to the publisher for its interest, to my agent for handling all the details, and to The Saturday Evening Post for featuring these stories in the first place. 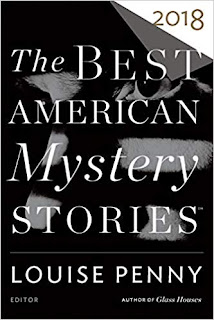 Like Melodie's recent award nomination, news of my upcoming book of stories is especially gratifying because it's further recognition of work that is already out there and had already achieved its intended purpose. When something you've created and sold and was published goes on to take on new life afterward, it's a good feeling, and an inspiration to keep sowing those seeds. And there are plenty of opportunities for that. You never know when or if something you've written might be seen and selected for an award, a movie adaptation, a best-of anthology, or some other kind of unexpected bonus.

Some of those bolts-from-the-blue can not only earn you more money, they can reach a whole new audience. My first exposure to the fiction of Tom Franklin, Annie Proulx, Brendan DuBois, and others came not from their novels or magazine appearances but from reprints of their shorts that I found in annual anthologies like Best American Mystery Stories and Best American Short Stories.

Lockdown in the boondocks

My point is, all of us writers have highs and lows, some experiences that are happy and some that are miserable--but patience, like hard work, usually pays off, in both the literary world and the real world. If you wait long enough (and shelter-in-place long enough?) good things will eventually happen.

Be safe, everybody. Keep writing.
Posted by John Floyd at 00:01