A New York Minute of Silence and Smiling 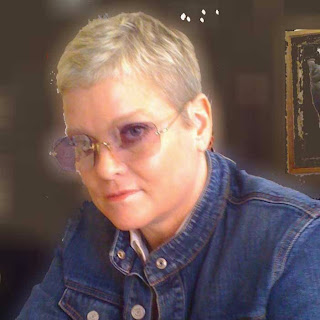 A NEW YORK MINUTE OF SILENCE AND SMILING

On Thursday, April 23, I received the following text message from Charles Todd:

“Angie has gone into septic shock and is not expected to last the day. Barry was allowed to gown up and go in a few hours ago. He will try to reach out to you in the next few. He appreciated everyone’s thought and prayers.”

Barry Zeman never did reach out to me.  But that’s because his beloved wife and my good friend Angela had died of COVID-19 even before I received Charles’s text. I found out the next morning after calling Charles, who gave me the dreadful news.

I’d known both of the Zemans for years, having met Barry first at an Edgar Banquet, and Angela about a year later. It didn’t take long before they weren’t just people I liked. They were dear friends, both of them, Barry for his gentlemanly demeanor, high intellect, and obvious adoration for his wife, and Angela at first because we agreed on almost everything regarding our creative passion: the crime fiction short story.  Later I learned to love both of them simply for who they were.

In the early 2000s, the newfangled thing among writers for publicity was this internet web log thingy.  I had tried on three occasions to get one off the ground without success, mainly, I think, because of a lack of name recognition—we genre short storyists are rarely among the most sparkling stars in the firmament. That all changed when I encountered the first “rotating” log by a group of midlist authors, and realized that short story writers are stronger together than we are separately. I approached Robert Lopresti and asked him if he would co-create with me such a blog for short story writers.  We both did a lot of recruiting and wound up with a stellar lineup—many of our regulars are regulars here on SleuthSayers—and decided to call the blog “Criminal Brief.”

One of my recruits was Angela Zeman. Not just because she was my friend, but because she was a damn fine writer with complete mastery of her craft. Her tenure at CB was short, because as long as I knew her, she had major and recurring health problems, although you wouldn’t know that from looking at her. She always looked fabulous.  Criminally brief as her membership among the merry band of bloggers may have been, it was brilliant.  Her column was called “New York Minute.”

Barry intends to have a “celebration of life” service for her after this debilitating plague finally abates, because, he says, he knows that Angela would much prefer that to solemn grief. She would want to be remembered with smiles and laughter, as I will always remember her when she invited a group of us to dine at the Friars Club in New York, where she was a member, for one of the most memorable evenings I’ve ever experienced.

And I agree with Rick Helms that a writer is best remembered for the words she left with us. So here are some excerpts from her brief career as a blogger that paint a pretty clear picture of her grace, wit, and thought.  Enjoy! 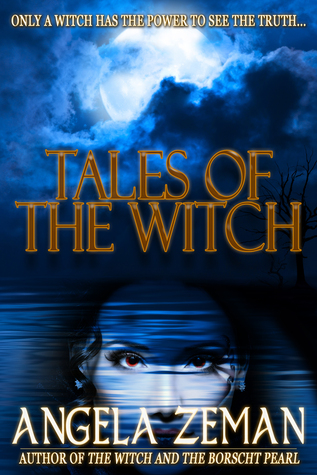 [ . . . Barry] requested I state clearly that the bad guy fired his gun. I had written that the protagonist found the gun later. My view was the police (NYPD), being shrewd types, would swiftly deduce (using information I won’t include here) the bad guy had taken a shot at the good guy. I’m being vague on purpose—the story will publish in a few months. Don’t want to reveal any spoilers.

Barry’s view was that I must fire the gun right out in print, to make sure the reader understood what happened. He insisted it would be a mistake to believe all readers would conclude the gun had been fired just because it made sense to me—and the cops. He insisted that if the reader didn’t catch on, the protagonist would seem like a murderer, not someone who acted in self-defense—thus blowing my ending. . . .

I thought it over, and then capitulated. I fired the gun, but my way. Instead of taking his advice to say, using non-cliché words, “a shot rang out,” I imagined instead what my protagonist would see, feel, hear, and think. Well, it was dark and snowing. The protagonist literally saw the bad guy reach out as if offering something to her, and she saw a flash.

Story tellers often use violence and its sibling, pain, to entice the reader into making an emotional connection because violence and pain are practically the building blocks of character, and common to the human condition. Maybe sad, but definitely true. And as writers know, if the reader cares nothing about any part of our story, we’ve failed both story and reader.

I’ve heard readers say they refuse to read fiction (or view movies) that incorporate violence. Nobody questions their right to do so. (Note: media violence for children is a different subject.) However, could writers have genuine cause when they include violence in their fiction? Stanley Ellin wrote, and he’s definitely worth listening to: “I would never write about someone who is not at the end of his/her rope.” 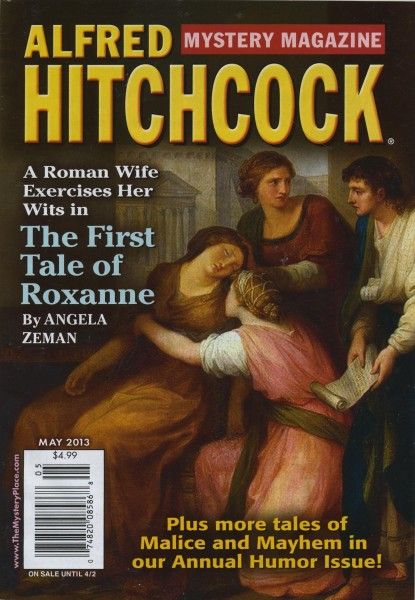 Last week I went to (no, not Manderly again) a neighborhood party. A fun party. I have fun neighbors. Not unexpectedly, because I live about twenty seconds south of Wall Street, I met some men and women who work in the Financial Sector. Now these lovely people were not 24 year old junior brokers. No, they were older “management” types from some fine institutions. After some chatter that included exalted names, large numbers, and planned IPOs, my turn came to introduce myself. I said, “I’m a mystery writer.”

I am. What else could I say? Conversation stopped. Who among you can guess their next question?

“Where do you get your ideas?”

You’d think all those Masters Degrees could ask something more original, but . . . they waited breathlessly for my answer, and I’m not that fascinating.

I possess a perverse nature, my friends. I considered saying: “I get my best ideas from listening to conversations like yours!” True. But I played ditzy blonde. I said vaguely, “Everywhere. I find ideas everywhere.” Still true, but somehow reassuring to them. (I only lie for money.) Their relief was visible, and, in my opinion, amazingly gullible. Think how many stories are written in a year. Include in that tally stories of all lengths, in all forms. In such a saturated field, how do writers produce fresh ideas? We dig, we read, we listen, we notice lots and lots of details. I mean, duh!

Today is my granddaughter’s first birthday . . . So out of my sore heart, I dedicate this column to her: in anticipation of all the stories I will read to her in future years. . . .

As Macy grows, she’ll play with marvelous toys and have access to a treasure-house of books. I’m sure of this, because I’m well acquainted with her parents, especially her mother! Miss Macy and her big brother Mr. Evan, 4, enjoy the fruits of their parents’ love and wise attention. However, soon it will be my particular pleasure to introduce the world of “Once Upon A Time…” to them both (and to their cousin, grandson Luca!), and to pass down the legacy my mother bequeathed to me: the universe.

In the recent flurry of newsprint devoted to Philip Roth, didn’t a critic mention Roth’s literary preoccupation with his penis? Wonder what emotion Roth’s penis made him feel, to which his fan base related?

Yes, I do happen to know my theme, but regretfully it has no relation to a penis, which might have been kind of fun.

And lest ye think that Joan [Hess]’s Maggody, population 755, relates in no way to reality, let me tell you about my Aunt Virgie, a hairdresser in Heath, Kentucky. Now, Heath merited the attention of few roadmaps, but it could be found. It bellied-up neatly to East Paducah, a larger tract of civilization which in turned closely nudged Paducah itself. Everybody’s heard of Paducah. Aunt Virgie practiced her art in the back yard of her little house. My uncle Phil had built her the shoppe out of cinder blocks. The interior was painted in her favorite color, violet—as was her own hair, and also the bathroom in their house.

When my mother took me to visit Uncle Phil, who was her brother—known to her as “Brother”—and Aunt Virgie, I spent much time hiding, fearful of Aunt Virgie’s styling repertoire. (My mother, ever bargain-minded, considered any free haircut a good haircut—for me, not herself.) Aunt Virgie often and loudly despaired of me ever catching a man, flat-chested as I was (at eleven.) She’d put her hands on the back of her hips and shake her Aqua Net cemented, violet curls in sorrow over my misfortune.

Maggody lives. Joan Hess—not only a storyteller, but a historian.