by mystery guest
As I recall, I first encountered Joseph D'Agnese when I read his first story in Alfred Hitchcock's Mystery Magazine and rated it the best story I read that week.   We had a chat and later shared a lunch with our editor Linda Landrigan.  Yes, that was name-dropping. Suffer.

Joe has a new book and I asked him to tell us about it. But first, let's talk about the man himself.


Joseph D'Agnese is a journalist, author, and ghostwriter who has written for both adults and children alike. He has won a Derringer Award for his short mystery fiction, and one of his stories appeared in the Best American Mystery Stories 2015 anthology. D'Agnese lives with his wife in North Carolina. Joe has been called “The Meryl Streep of Short Fiction,” but prefers to think of himself as The Susan Lucci. Visit him at josephdagnese.com  -Robert Lopresti 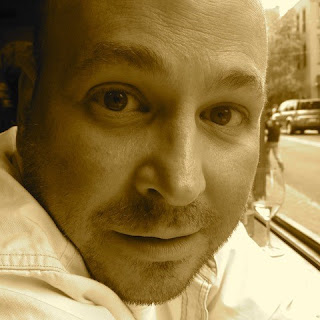 
Once upon a time I wrote a novel, and it was awesome. At least my parents and I thought so. And why wouldn’t we all think that? I was all of 15 years old.


My parents did not actually read the book, and never would. Neither of them had finished high school. They were, as people are fond of saying, not big readers.


But for some reason, they thought it was wonderful and perhaps a little strange that their son preferred sitting on the patio banging away on a manual typewriter, instead of doing things his brothers or other kids did. All summer long, when it came time for dinner, my mother would scoot me off our picnic table in the Jersey suburbs so we could fire up the grill and eat dinner al fresco. She would say things like, “You’re gonna ruin your eyes!” “What is this, your office?” and “How long is this thing going to be?"


The story in question had something to do with a bookseller who solved mysteries in his spare time. He had a bookshop in New York City, and a nephew who was a professional gumshoe who helped investigate. The nephew narrated; the uncle solved the mystery. A complete Nero Wolfe rip-off—er, dynamic. Aside from the fact that I’d never set foot in a Manhattan bookstore in my life, I figure the story was about as clever as a kid my age could make it. A kid who obsessively read mysteries, that is. 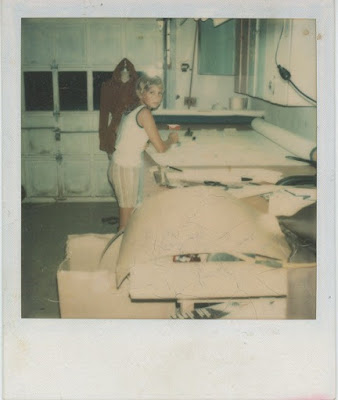 In my defense, I also had a summer job of sorts. When I wasn’t reading or writing, I worked for my dad, who was a pattern maker in New York’s Garment District. (Astute readers will recall that my very first story to appear in AHMM was set in that world.) Dad brought home extra work to make a little money on the side, and I helped him out nights and weekends in his shop in the garage.


I used my meager earnings to make two photocopies of the manuscript, which I presented to my parents. I have no idea what my mother did with her copy. My father tucked his into the plastic gray briefcase he took with him to work every morning, and showed it off to friends when they lunched in greasy spoon diners that catered to the men of New York’s Fashion Avenue.


School started up and I had tucked away my Olivetti until my next big writing season. My father returned home from work one night and announced with utter seriousness, “Next week, you’re coming to the city with me. An editor wants to talk to you about that book of yours!”


What the hell was this now?


If you’re looking for tips on how to break into the competitive literary market, pay attention. Apparently growing tired of lugging around the MS, my father had slipped it to the ladies coat buyer for Montgomery Ward, a woman whose sister happened to work as an assistant to an editor at some publishing house in New York City. A firm my father kept calling The Bantam.


Was I familiar with The Bantam? I was, Dad, highly freaking familiar. I had a ton of paperbacks published by them.


This news took me aback. This was not supposed to happen. The book was for private consumption only. My youngest brother, for example, had recently announced he might just read this book of mine, if he could squeeze it in between homework and clarinet practice.


I was simultaneously terrified and elated at the prospect of real-life editors reading my book. When that day arrived, I donned an ill-fitting jacket and tie and ascended an elevator with my dad at The Bantam offices at 666 Fifth Avenue.

The editor was lovely, and told me just what a kid who thought he sorta, kinda, maybe wanted to write needed to hear. My work was wonderful for a writer my age. My characters fun and funny to be around. Oh sure—there were a few implausibilities that made the book unsalable, but I had to keep plugging away. I should read widely and keep writing. I should learn what I liked. And learn how to edit myself. Learn the difference, if I could, between commercial and literary work. The editor’s name was Linda S. Price, but the hour she gave me that afternoon was absolutely priceless.


As I rode back to Jersey with my dad on the bus, a shopping bag of Bantam books at my feet, I felt the world had opened up just a bit. Although those of you who are writers will understand that I ignored all the positive things she said to me, and dwelled only on the negative. What the hell was an implausibility?


That manuscript went into my bedroom closet and was joined by others I cranked out on the patio over the remaining summers I was in school. Then, one day, when I was out of college and working in publishing in New York, I dug out the bookshop mystery and read it.


Guess what? The characters and scenarios were delightful, but the thing was positively riddled with implausibilities. The savvy 26-year-old me—who now worked in cosmopolitan Manhattan—snickered at the stupidity of 15-year-old me.


Still—I liked the characters. And the plot could work. I became convinced that I knew just how to fix it. So I rewrote the whole thing and shopped it around to the very same editors I’d met during my first big job hunt. No takers.


Versions 1 and 2 disappeared into a file cabinet, where they stayed thirty years, until I dug them out earlier this year.


Did I really want to do this again?


I did. So much so that I scanned those brown pages to make a modern digital file to work from. 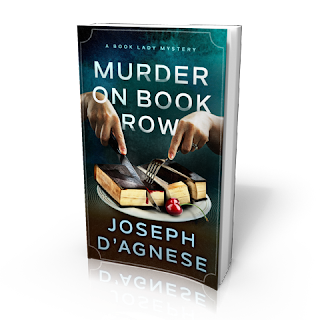 This time, 54-year-old me stood up for the 15-year-old in ways that the 26-year-old could not deign to. In the course of the third rewrite, it became completely obvious to me that my amateur sleuth was never intended to be a man but a woman. In fact, the sleuth spoke just like an old elementary school principal of mine. She was the first Italian-American woman I’d known who’d completed college. She used words like unmitigated gall and enunciate. The 15- and 26-year-old writers had been blind to this connection, but I like to think the 54-year-old appreciated this truth for what it was—another gift from the grown-ups in his past.


My mother is no longer with us, but my father who is knocking on 90 had little trouble recalling our visit to The Bantam when he called to say he’d gotten the proof I’d dropped in the mail to him.


“What the hell am I going to do with this?” said the man who spends most of his day watching NCIS reruns and not-so-terribly historic programs on the History Channel.


“You could try reading it,” I suggested.


So after three rewrites and 40 years, Murder on Book Row is finally out in the world. I reserve the right to clear up any lingering implausibilities when I rewrite it at age 80.
Posted by mystery guest at 00:00