My Secret About "Alex's Choice"

This column is about my newly published short story "Alex's Choice" in the anthology Crime Travel. If you plan to read the story, I recommend you do so first before proceeding here. What I'm about to reveal isn't a plot spoiler but it may impact your reading experience.

Okay. Let's get started. (And if you just read the story, I hope you liked it!)

When you start writing a short story or novel, you have some basic decisions to make. Who will my main character be? What will this person's name be? Job and hobbies if relevant? Appearance? What journey will the character face? And perhaps one of the biggest questions, what will the character's gender be? Maybe that question shouldn't be important, but it is, as it can (though it doesn't have to) affect so much in how a story is told.

It's a decision I've made for the main characters as well as the minor ones in all of my stories, except for one. When I wrote my story "Alex's Choice" (published earlier this month in the crime/time-travel anthology Crime Travel), I purposely chose not to make that decision for the title character. I chose the name Alex because it was the most gender-neutral name I could think of. Alex could be short for Alexander or Alexandra, for Alexi or Alexa or Alexis. Or the name might not be a nickname at all. I polled Facebook friends, asking if they thought someone named Alex would be a boy or girl with no other clues. For those who hazarded a guess, the results were pretty evenly split. So is Alex in my story a twelve-year-old boy or girl or perhaps even nonbinary? I never tell you. The answer is up to the reader. 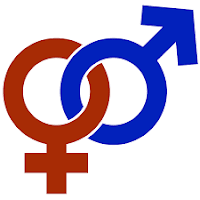 Actually, I wrote the story hoping the reader would not consciously make that decision. Given that the name could be viewed as male or female, I hoped it would lead each reader to assume--without realizing it--that Alex is of the same gender as that reader. That was important because I wanted readers to remember stories they read as a child, fantasies or adventures that swept them away, and to get that same feel from this story. By not telling the reader Alex's gender, I allowed every reader to identify with Alex and perhaps picture themselves as Alex. At least I hope I did.

While I've done no research on this, I'd guess my decision not to tell the reader Alex's gender is similar to the gender-neutral approach to the Choose Your Own Adventure books popular when I was a kid. "You" were the main character, as I recall. The books were oriented toward every child. The main character's gender was never mentioned, likely because the author and publisher wanted every child to be able to see themselves as that character and go on that adventure. (Illustrations in some the books unfortunately depicted the main character as a boy, but I believe the stories themselves never did that.)

This no-gender-mentioned approach added challenges to the writing process. For instance, when talking about toys Alex had when younger, as well as activities Alex enjoys now, I chose things that I hoped readers wouldn't  associate as male or female. This was important because, while boys can play with dolls and girls can play with action figures, for some readers, a reference to dolls will automatically make that reader think the character is a girl, and a reference to action figures will automatically make the reader think the character is a boy.

One choice I made that made the writing process a little easier was telling the story in first person. I didn't have to avoid using pronouns in reference to Alex.

Of course I'm not the only writer to have ever written about characters' whose genders are ambiguous throughout the entire tale. Most such novels and stories, it seems, have been penned in the science fiction realm. As for crime fiction, my research has turned up the Detective Hilary Tamar four-novel series by the late Sarah Caudwell. Tamar's gender is never revealed in any of the books. In Steven Rigolosi's novel Androgynous Murder House Party, the author never reveals the gender of any of the seven main characters in the book. He hints near the end about some of their genders, but they are only hints. And Louise Penny has a character in two of her books, Bean, whose gender is never revealed.

So now you know a big secret about "Alex's Choice." If you read the story before you read this column, did it work--did you picture yourself as Alex? Did you assume Alex was the same gender as you? I'd also love to know if you've read any of the other books/authors I've mentioned above. If so, did not knowing the characters' gender affect the reading process and your enjoyment of the works?

And if you're now intrigued and are dying to buy Crime Travel or are at least thinking about it, here's some helpful information. It has fifteen short stories. The authors with stories in the book are: Melissa H. Blaine, James Blakey, Michael Bracken, Anna Castle, Brendan DuBois, David Dean, John M. Floyd, Heidi Hunter, Eleanor Cawood Jones, Adam Meyer, Barbara Monajem, Korina Moss, Art Taylor, Cathy Wiley, and, of course, me. We've had some solid reviews. To find them, just Google Crime Travel and my name. (I edited the book.) The anthology is available in trade paperback and ebook. (A hardcover version is coming but hasn't been shipped from the printer yet.) You can buy Crime Travel from the usual online sources. Indie bookstore Mystery Loves Company in Oxford, Maryland, also has copies they are happy to mail to you.

I wish you a wonderful holiday season and new year. And happy reading!
Posted by Barb Goffman at 00:00