by Paul D. Marks
With Christmas and Hanukkah only a few days away, here’s some last minute Merry Mayhem stocking stuffers. As of the time of this writing, a few days before its posting, most were still available and some are available streaming. The movies aren’t necessarily Christmas-related, just good stocking stuffers for those who like to read, write and watch crime fiction. And I’ve tossed in a bunch of non-crime-related movies at the end. All in no particular order. So, roll film: 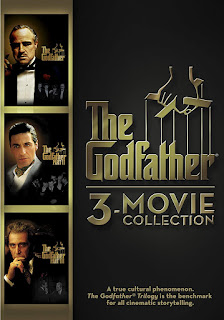 The Godfather and its two sequels: Godfather I is one of the greatest movies ever made. And Godfather II is even better. Three isn’t as bad as I first thought it was and if one can get around Sofia Coppola’s Valley Girl Mafia chic it’s pretty good actually. You can get them individually, in a set or as the Godfather Saga where they’ve been cut together chronologically. I’ll take my Godfather any way I can get it.

Chinatown and Two Jakes: At the risk of being repetitive, Chinatown is one of the greatest movies ever made. And one of the best and most perfect screenplays I’ve ever read. When task master Amy was trying to get me to pare down on things, she “made” me get rid of a ton of screenplays I had – lots of good ones, too. But one of the few that I kept was Chinatown, which still sits on a shelf in my office for inspiration. Some people don’t like the subject matter, they find it repulsive. But it’s still a terrific movie. And the sequel, Two Jakes, also isn’t as bad as I first thought it was. But it’s best to watch it right after you view Chinatown so everything that it refers to is fresh in your mind. That will enhance your enjoyment of it. 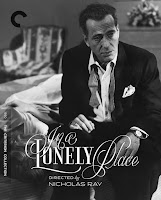 In a Lonely Place: Tied for my second favorite movie of all time (see towards the end for the other second fave). And yes, I like the movie better than the book it’s based on. It resonates with me on so many levels. Back in the day, the Smithereens did a song called In a Lonely Place, inspired by the movie. It even has some lines from the movie. I really like this song. I got a poster of the movie from Pat DiNizio, the lead singer/guitarist/songwriter of the Smithereens. And when I look at the poster I like to think that DiNizio was also looking at that very poster when he wrote that song.

Film Noir 10-Movie Spotlight Collection: Okay, even if you don’t have anyone to get this for, get it for yourself. It’s one of the best collections of noir I’ve seen. It includes: This Gun For Hire, The Glass Key, Double Indemnity, Phantom Lady, The Blue Dahlia, Black Angel, The Killers (1946 version), The Big Clock, Criss Cross, Touch of Evil. There’s not a bad movie in the bunch. And it includes the ultimate film noir imo, Double Indemnity. Plus Blue Dahlia, which Raymond Chandler wrote the screenplay for. But they’re all good to great. Some have commentaries and other features. I’ve given this as gifts to a few people and I’m always envious when I do. I have all the movies, but in other versions, but somehow I still want this set for me. One great set. 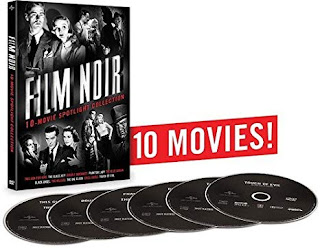 Alfred Hitchcock: The Ultimate Collection: If you like Hitchcock and you don’t already have these or know someone who might enjoy them it’s a great Hitch starter set. I say ‘starter’ because there’s so many more. But this includes one of my two fave Hitchcock movies, Vertigo (the other being The Lady Vanishes). And most of the movies here are terrific, though there’s some I’m not all that fond of. Plus there’s lots of extra features. Movies in the set are: Saboteur, Shadow of a Doubt, Rope, Rear Window, The Trouble with Harry, The Man Who Knew Too Much, Vertigo, North by Northwest, Psycho, The Birds, Marnie, Torn Curtain, Topaz, Frenzy, Family Plot.

Pulp Fiction: Everybody knows this one. It’s a terrific movie. And would make a great stocking stuffer, along with Reservoir Dogs. 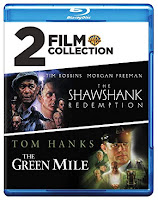 Shawshank Redemption and The Green Mile: Two movies based on Stephen King stories. Not horror tales, like he’s generally known for. And I tend to like his non-horror stories – like these and Stand by Me – much more than the horror ones. You can get these two in a set, both directed by Frank Darabont. A terrific two-fer.

Thin Man Boxed Set: Unfortunately, I think I was wrong about this one still being available. Well, it is still available but it’s over 200 bucks. So maybe another time when it’s reissued. We all know the Thin Man movies. The playful banter and plentiful drink. One of my film school teachers wrote one of them – I always thought that was so cool. There’s other good William Powell Myrna Loy movies as well, especially Libeled Lady and Love Crazy.

LA Confidential: I’m a James Ellroy fan, though not as much as I used to be. This is one hell of a good movie based on his book. And, though I loved the book, after watching the movie about 500 times, I reread it and think I actually like the movie better.

Reuben Reuben: A minor gem and a great satire. Here’s a couple quotes from the movie:

“There's nothing I cherish more than the truth. I don't practice it, but I cherish it.” 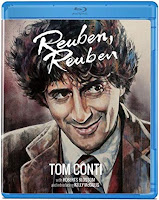 “That’s where they live. (Points to sign that says “Birch Hills”.) And in other subdivisions with names like Orchard View and Vineyard Haven. All of them named, God help us, for the woods and the vineyards and the apple trees they bulldozed out of existence to make way for the new culture.”

After Hours: Something a little different from Martin Scorsese.  The Grateful Dead sang, “What a long, strange trip it’s been.” They might have been writing about Griffin Dunne’s very long, odd night in this movie.

Casablanca: Number 1 fave movie, bar none. Do I really need to say anything about this?

Beatles on Ed Sullivan: What can I say about this? They changed the world – at least they changed my world. 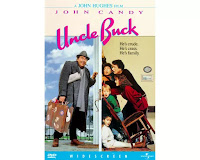 Uncle Buck: One of two John Candy/John Hughes movies on this list. Uncle Buck doesn’t always get great reviews, but I like it. I think it’s funny and warm.

Planes, Trains and Automobiles: The other John Candy/John Hughes film on this list. Also funny with a warm heart.

Can’t Buy Me Love: Patrick Dempsey as a high school student who finds out the real price of being popular. And the title is from a Beatle song that’s played in the movie. How can you go wrong? 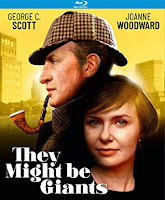 They Might Be Giants: A man (George C. Scott) thinks he’s Sherlock Holmes. His psychiatrist, Dr. Watson (Joanne Woodward), might think so, too…sooner or later.

Soldier in the Rain: A special movie, starring Jackie Gleason and Steve McQueen. If it doesn’t touch your heart you don’t have one.

Fred and Ginger movies, individually or boxed: always good for the holiday spirit

Ghost World: My other second favorite movie, along with In a Lonely Place. I’m not a teenage girl, but I totally relate to the alienation these characters, played by Thora Birch and Scarlett Johansson, feel. And for those who haven’t seen it it’s not a horror movie despite the title. (Also w/ Steve Buscemi.) 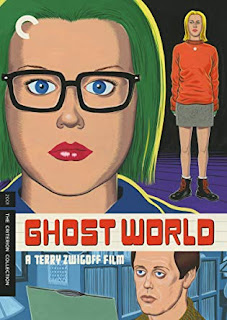 Sideways: a wonderful movie for writers, even more than for people who hate Merlot.

Miles (Paul Giamatti): “Uh, I don't know, I don't know. Um, it's a hard grape to grow, as you know. Right? It's uh, it's thin-skinned, temperamental, ripens early. It's, you know, it's not a survivor like Cabernet, which can just grow anywhere and uh, thrive even when it's neglected. No, Pinot needs constant care and attention. You know? And in fact it can only grow in these really specific, little, tucked away corners of the world. And, and only the most patient and nurturing of growers can do it, really. Only somebody who really takes the time to understand Pinot's potential can then coax it into its fullest expression. Then, I mean, oh its flavors, they're just the most haunting and brilliant and thrilling and subtle and... ancient on the planet.”

Here’s a link to another SleuthSayers piece I did on Christmas movies with both a Christmas and crime element. Some movies you might think are missing from today’s list might be found here: https://www.sleuthsayers.org/2015/12/have-holly-jolly-crime-season.html

I could keep going, but all good things must come to an end and maybe crime doesn’t pay but it pays to watch these movies.

So have yourself a Merry Little Mayhem Murderous Christmas. Happy Holidays Everyone! 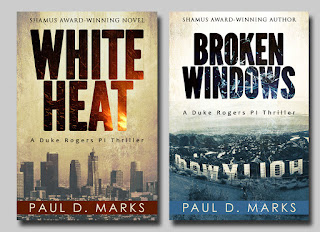