The Intersection of Plotting and Cursing
– Rated R for Language

"Oh fuck. I miscounted."
That was the essence of a text message I sent a few minutes ago, upon being reminded that my next SleuthSayers post was supposed to be uploaded in the next hour and forty-five minutes. I had thought I was scheduled for next Tuesday, not for tomorrow.

My cursing amused my dear friend Leigh, who had sent the friendly reminder. And it made me think a few things, first being how one phrase could be used in so many situations and as the starting point of so many stories:

"Oh fuck. I miscounted," Jessica said, holding up the positive pregnancy stick. This is the conflict from which a thriller is born in which Jessica goes on the run, determined to raise her child free from the murderous gang her boyfriend is a part of.

"Oh fuck. I miscounted," said the attorney who put a decimal in the wrong place, and now had to notify a client that he screwed up some documents, costing the client millions. This is the conflict that results in the attorney realizing that if he's going to be disbarred and have his life ruined, he might as well make the best of it, so he steals all his clients' money and goes on the run. That's another thriller.

"Oh fuck. I miscounted," said the hit man when he ran out of bullets. This is the conflict that prompts a thriller in which a hit man is sent after a hit man for failure to get the original job done right. (Wait, a hit man sent after another hit man who screwed up--that's the basis for Grosse Point Blank. Great movie. But I digress. ...)

These are all interesting premises, but they're also all thrillers. Couldn't the phrase be used in other types of crime novels? Especially if it's part of the story, not the source of the originating conflict? Let's see ... "Oh fuck. I miscounted," said the thief to his partner, hoping the guy bought the story of why the bank job proceeds hadn't been split evenly.  Damn, that's another thriller.

"Oh fuck. I miscounted," said the cop on the witness stand, revealing he screwed up his review of some evidence thus tanking the case, making the prosecutor wonder if the cop is on the take. This could be a legal thriller. Damn, there's the word thriller again. But it's a legal thriller, so it's a bit different.

"Oh fuck. I miscounted," said the PI upon realizing he'd been videotaping the goings on in an apartment on the third floor of a building instead of the fourth all day, and as a result he'd missed the payoff he'd been hired to document. Okay, this is better. A PI novel isn't necessarily a thriller.

"Oh fuck. I miscounted," said the burglar after he'd broken three fingers, two toes, and one tooth in his quest to steal an expensive ring, only to realize after he made it home that he'd grabbed the wrong ring and would have to do the job again. Now we're getting somewhere. This could be a caper.

"Oh fuck. I miscounted," said the gray-haired grandma, explaining how she'd made eight salads for her house guests, seven with peanut dressing and one oil and vinegar, but had accidentally set the wrong salad down in front of the guest with the fatal allergy. Oops.  I'm tempted to say this could be a cozy, but the fuck throws the book into traditional mystery territory. Real-life grandmas might say fuck, but in cozy novels--nope. That's not gonna happen. 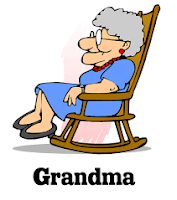 "Oh fuck. I miscounted," said the man when confronted with evidence of his bigamy, right before both his angry wives start kicking him in the ... I don't know what kind of book this is, but I know I want to read it.

Okay. That's nine solid plot ideas stemming from "Oh fuck. I miscounted." I wish I could come up with a tenth, but I have just a few minutes before I have to get this post uploaded, and I still have to figure out photos to go with it. Aaaah. So, what about you, dear reader? Can you come up with a solid tenth for me?  Bonus points if you can figure out how to work the phrase into a cozy.