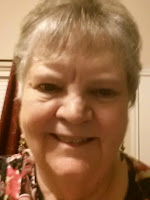 MARCIA MULLER's latest is The Color of Fear, which came out in August, from Grand Central Publishing. I think this is her 32nd or 33rd in the Sharon McCone series. I've read most of them. Likely only missed one or three throughout the years and enjoyed them all. Sharon has grown and changed but she is still McCone. Marcia has explored more into Sharon's Native American background in the past few books and that has given more depth to the character.

This book opens with Sharon's biological father being beaten all most to death one night. He has come from the Reserve to spend the Christmas Holidays with Sharon and her husband Hy Ripinsky.

Sharon goes to the hospital but her father, Elwood, is in grave condition and she is not allowed to see him. In the meantime she calls her birth mother, Saskia Blackhawk as she had become closer to Elwood in recent years.

McCone is not sure of the motive. Is this a hate crime against her Native American father or a rage against McCone herself. Or could it be against someone looking for revenge against Hy. She and Hy have merged her agency and his Executive Protection Agency. M&R

With the San Francisco police short staffed and overworked Sharon proceeds to investigate Elwood;'s perpetrators herself. Before she can get very deep into her investigation, bad things begin to happen to her staff and other family members. Soon McCone herself is in jeopardy.

This is once again, Muller's awesome writing presents a story you can never go wrong reading. It would make a fine Christmas present for any mystery novel lover. Besides hardcover, Grand Central Pub offers this book in Ebook and also in Audible.

HARLAN COBEN's latest thriller is Don't Let Go also an August release from Dutton. Suburban New Jersey detective Napoleon "Nap" Dumas found the girl of his dreams his Senior year in High School, the intriguing and beautiful Maura. Then one night before graduation his twin brother, Leo and Leo's girlfriend Diane are accidentally killed by a train and Maura breaks up with Nap and disappears.

For fifteen years, Nap has been treading water, searching every way he knows to find, Maura and suddenly her fingerprints are found in a car when a police officer obviously had stopped the car but then is killed. The car and Maura disappear again.

Nap is determined this time to find Maura. Find out where she has been for fifteen years. Also he wants to find out why his brother and Diane were killed. None of it makes any sense.

Nap soon discovers the small town where he lives and people he knows are hiding something. There are secrets the town has kept for more than fifteen years, one being a closed military base near Nap's town. People Nap had gone to school with and thought he knew have told lies.

As usual, Coben, weaves a story that you have to peel like an onion, layer by layer to discover the secrets in the center. Just when you think you have it all figured out, you find you must peel back another layer.

This is another must read and it's available in Hardcover and Ebook
Posted by Jan Grape at 00:01