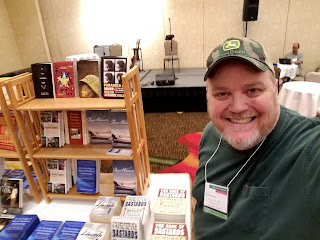 I'm 52. I'm happily married, with a challenging day job, and an even more challenging five year-old son. Don't get me wrong: when I say, "challenging," I guess what I really mean is "tiring." My kid is great, and he's a ton of exhausting fun.

When I was 42 I was single, with the same day job, and no kids. I had published my first book two years previously, at the age of 40. I had time to write every day. And when it came to generating content, I was a machine.

Ten years ago this week I accomplished the unlikely (I hesitate to call it "impossible," for reasons I hope will become obvious as you read on.).

I wrote 80,000 words in eight weeks, while working a full-time day job.

I started from scratch the first day of September, and turned in two completed 40,000 word manuscripts to my publisher on November 1st, exactly eight weeks later. 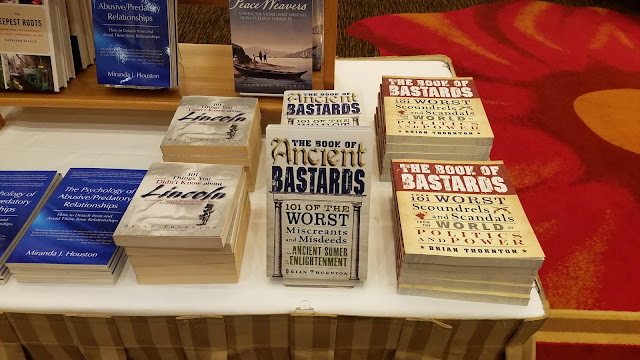 Without going too deeply into the circumstances which led to my landing in this situation, let's suffice to say that I double-booked my time, got in the middle of a tug-of-war between two editors (one fantastic, the other, well... NOT fantastic) who worked at the same publisher, and voila: I was up against a short, short deadline.

Here's a hint: it ain't summer!

Looking back, I can hardly believe I managed to pull it off. Then I stop to think: I didn't have a mortgage, a marriage, or a child to take care of. I had my work and my friends and my writing.

So, I didn't have a lot of claims on my time.

Fast-forward ten years, and I have completed eleven books, sold ten of them and had nine actually see publication (the book I wrote and sold, but which was never published was a nonfiction piece about teaching that the publisher paid for but ultimately decided it couldn't sell in the current marketplace. I had been approached to write the book, so it was work for hire, and as a result, I wasn't all that attached to it. So I supposed you could say of my emotional reaction to the news that my publisher was honoring the contract but had decided to shelve the content they'd  commissioned, that my feelings were hurt right up until the check cleared.).

And not of one of them published since 2011.

I got married in 2010, and my son was born in 2012. The money from that last book helped pay for my honeymoon.

I'm sure you can see where I'm going with this.


I've written plenty in the intervening years, and published a bit of short form stuff, kept my hand in, if you will. I've done my best to improve across the board.

I have few illusions about my strengths and shortcomings. I have a finite amount of both energy and headspace, and so my late 40s became all about priorities.

I love being married. And I am proud of my marriage, and the work my wife and I have put in to make it work. I have a lot of friends whose marriages seem to be cratering these days, people growing apart, priorities shifting. I feel for my friends going through this experience.

And because I met me wife later in life (I turned 44 the day after our first date), I don't think I have as much to worry about with regard to growing apart (*knock wood*) as those of my friends who married and had kids in their 20s.

But that's not something I'm prepared to leave to chance, and so I work hard at my marriage. The same goes for raising my son.

So he gets a lot of my time and attention. He didn't ask to be born, and by virtue of our relationship, he's more than entitled to everything I can muster on his behalf.

I'll admit there were times over the past five years when I despaired ever again finishing a writing project, let alone publishing it. Everyone has been there at one time or another, and this was my turn at this particular wheel.

And then a funny thing happened.

In the fourteen months since that blessed event occurred, I have written a few things of which I am particularly proud. I've also finished some things started long ago, and left to sit half-finished for a good long while. And I've started a few things about which I am incredibly excited.

I am not at liberty to go into detail about what's on the horizon, except to say this: I just wrapped up negotiations with a new publisher to get two of my long-form fiction projects into print in 2019.

And there's so much more on the horizon. I have a couple of partially completed novel--length collaboration with other authors on track to wrap in late 2018/early 2019. And then there are the short stories and novellas.

I have less unspoken-for blocks of time available to me than I did a decade ago, and yet I stand to be far more productive over the next couple of years than I was a decade ago when I averaged two books every eighteen months.

One: I'm more efficient at managing my time (a product of getting married/having a child).

Stay tuned to this space. More to come! 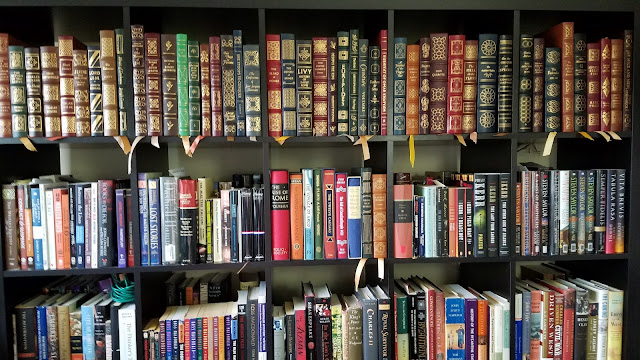 Posted by DoolinDalton at 03:35