In the third grade, I loved the concept behind Fritz Leiber’s Gather Darkness, my first adult novel, the one I remember. It hooked me on science fiction.

Why this on a mystery site? Partly because it’s about story telling and because many mystery writers and readers find they enjoy sci-fi too.

As mentioned before, only hard science fiction appeals to me. Here the adjective ‘hard’ serves to modify ‘science’ as much as it does science fiction.

Much as mystery writing has its rules about fairness to the reader, a major rule in real SF is that the science must be either real or at least plausible within a given universe. For the most part, that rules out magic and monsters.

As opposed to sci-fi, many stories are termed science fantasy or, in the case of Star Wars, ‘space opera’. They can entertain, but they aren’t sci-fi in the purest, purist sense.

The main point of true science fiction isn’t about blobs and alien abductions of busty beauties. It’s about society, it’s about us, about the condition of humankind. Look for a message, and you’ll probably find one.

But wait, you say. What about Anne McCaffrey? She writes about dragons and… and… dragony stuff, yet you have a soft spot for her?

It’s not the dragons. Anne McCaffrey is a force of fantasy, if not nature. I think I’ve seen a movie based on one of her dragony books, I’ve not read them. Instead, I go back to one of her earliest published works when I was in the 5th or 6th grade, The Ship Who Sang.

What beautiful names for a sailboat, I thought, Helva, The Ship Who Sang. What a beautiful story.

It’s a stunning novella, awkward according to some critics (and re-edited in response), but made even the more poignant. If Helva doesn’t make you tear up, you missed the ship. McCaffrey herself said it’s her favorite and understandably so. I’ve read a lot since, but I’ve never forgotten that story. 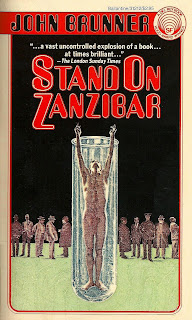 As a country kid, I consumed science fiction in a vacuum, not knowing how highly regarded John Brunner was among his peers. I knew only that I admired his works.

The most visionary writers can predict the future. Brunner’s novels read so much like tomorrow’s newspaper, a casual reader might not recognize them as science fiction.

Brunner predicted computer viruses (Shockwave Rider), disastrous climate change (The Sheep Look Up), and a need to deal with overpopulation (Stand on Zanzibar). Along with his novel about urban eco-planning (The Squares of the City), his stories are usually uplifting, the excepting being The Sheep Look Up.

Except for thrillers, science fiction deals with topics crime writing can’t handle. One commonality is that both can make you think. 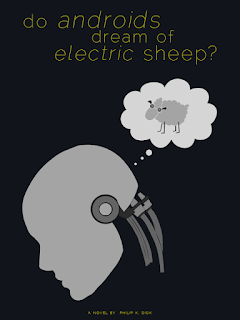 I absorbed Golden Age short stories in pulp magazines. You’d recognize most of the authors and one of my favorites was Philip K Dick. Not only did he publish more than one-hundred twenty shorts, but he went on to write forty-four novels.

I mention this because Blade Runner 2049 is still in theatres. The first one (1982) was excellent, and please, watch it before watching its sequel.

A number of actors appear in both. The pixels of one original actress, Sean Young, appear in a remarkable blending of actresses, one old, one young. 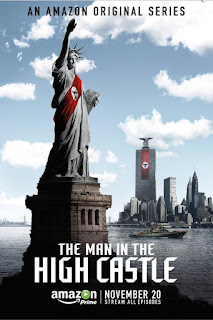 Speaking of actresses, one compelling scene contains a sort of birth of an android. It’s so delicate, I couldn’t help but wonder if its Dutch actress had dance training.

A handful of ‘easter eggs’ hark back to the original film and at least one to Dick’s story title. An aging Edward James Olmos drops an origami sheep on a table.

So what’s the message in Blade Runner? Like the original, it’s about humanity. At the end of the 1982 and the 2017 films, the question becomes: Who’s human? Who’s humane?