Calling All Literary Sluts (and Others)

Several SleuthSayers and I have been discussing the possibility of one or more panels at Bouchercon 2015 consisting solely or primarily of SleuthSayer authors.  Jan Grape suggested previously that many organizers and planners appreciate receiving suggestions of a specific topic and writers for the panel and/or moderator. I have inquired about where suggestions should be sent.

Melodie Campbell and I exchanged emails about making a few proposals.
We need your help.

A visit to the Bouchercon 2014 website schedule reveals many interesting panels last year (including three workshops with our own R. T. Lawton on Surveillance).  Format for the titles is primarily in the form of a catchy title, followed by a colon which introduces a more explicit explanation of what the panel is about.

Examples from 2014:  No More Badges:  Crime Solvers Who Left the Badge Behind

Short but Mighty:  The Power and Freedom of the Short Story

My question for everyone today, both writers and readers:


What do you suggest as an interesting topic for a panel at Bouchercon 2015?


Melodie and I are seriously considering a proposal (or maybe I should say proposition in this case) of a panel entitled:

Writers as Literary Sluts: Publishing in More Than One Genre 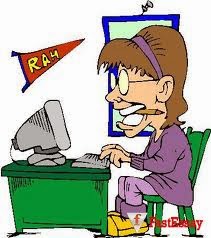 We are also looking for a super cool title and topic about short stories and will suggest SleuthSayer writers for that panel and moderator.

Another thought that's been roaming around in my mind is related to Bouchercon 2015's location in Raleigh, NC, as well as Ron Rash being one of the featured writers.

Would any of you want to be a participant in this one?

Please share your thoughts on topics for panels. If you're a writer, let us know if you are planning to register for Bouchercon 2015 by May 1, 2015 (deadline to be considered for presentations) and if you'd like to be recommended for a panel or rather handle it yourself.  If you don't want to announce your plans publicly, just email Melodie or me.