There was a recent newspaper article on the wire services - courtesy of the Houston CHRONICLE - about video games now being treated seriously as an academic subject. Not simply gaming design, which is a career path, but themes and narrative, studying the art of the medium. The first thing that struck me was there's sure to be pushback, from more conservative circles, a sense that this is frivolous, or another sign of the impending doom of Western Civilization. 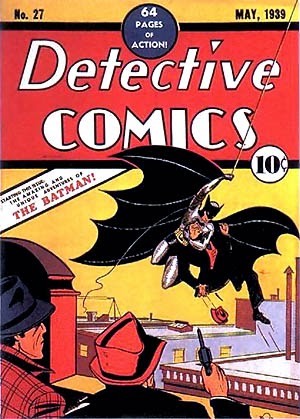 What's the world coming to, that we seriously look into the origin story of Batman, for example, and the dark graphics of Bob Kane, or the influence of MAD Magazine on American culture? There was a time, not that long ago, when comics were seen as a malign presence, poisoning youth. (See SEDUCTION OF THE INNOCENT, published in 1954, which led to mutterings in Congress.) The comic book industry got ahead of the curve with the so-called Comics Code, akin to the Hays Office in the movie biz, which self-censored content. These days, Archie Andrews takes a bullet and dies in a pool of blood. What's next, Nancy Drew comes out to her dad as a lesbian dominatrix, or the Hardy Boys cook meth in their garage? The mind boggles.

This goes back to an older division of the spoils, low-brow vs. high-brow. Or the related question, does commercial success compromise literary integrity? ULYSSES got 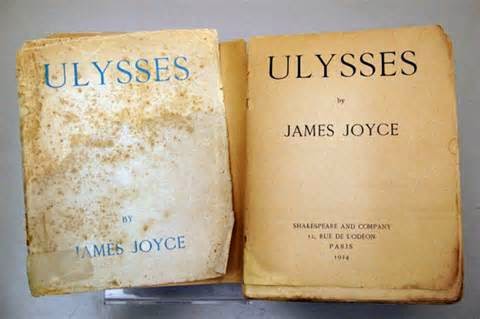 tied up in court for a dozen years, remember, over whether it was obscene. Its publication in the U.S. led, for better or worse, not just to LADY CHATTERLY'S LOVER seeing the light, but MY GUN IS QUICK. Spillane's books were wildly successful, and struck a deep chord, but the critics took him over the coals, the brutal sadomasochism, the perceived contempt for women, the casual Red-baiting. Not that Mickey gave a rat's ass. He wrote a book in three months, and spent the other nine months fishing off the beach.
The issue is their staying power. Who would you rather read, Spillane or Melville? No disrespect to MOBY-DICK, but most of us are gonna go with the more lurid and accessible.

G.K. Chesterton once remarked that any informed person knows the difference between literature and printed matter. (Chesterton, of course, wrote the Father Brown mysteries, so you couldn't call him a snob.) Genre writing - gothics, Westerns, thrillers, SF and fantasy - has for a long time been condescended to. So have novels themselves, for that matter. Early on, they were thought of as unserious, books for women, who were frivolous by nature. Maybe it's the comfort zone. There's a shapeliness to fiction, unlike life, say. Fiction of itself is a construct, a pattern, a design. Life is messy, and unresolved. Stories are rounded and complete, and usually have a satisfying punchline, mystery stories in particular. I don't think of this as a weakness. There's something to be said for the familiar. That doesn't mean it's paint-by-numbers, or unoriginal. You don't let it get stale. You write faster and smarter. You don't settle for less, although sometimes less is more. And if it ain't broke, don't fix it. 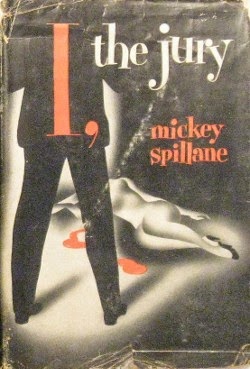 We'll leave the last word with Spillane. (Spoiler ahead.) I, THE JURY ends with Mike Hammer and the killer alone. They have a sexual history together. She tries working her wiles on him yet again. Hammer isn't having any. He shoots her in the belly. She sinks to her knees. "How could you?" she asks him tearfully, holding in her stomach, blood leaking through her fingers.

Mike looks down at her. "It was easy," he says.

One of the earliest first-person-shooter games was the Marathon Trilogy introduced in 1994. (Bear in mind Quake didn’t hit the market until 1996.) Not only was it a good game (I preferred Marathon 2), but if you were so inclined, you could explore a clever sci-fi story based on The Jesus Incident by Frank Herbert and Bill Ransom with elements from Herbert's Destination: Void. (The developer donated the games to the public domain where development continues and are available for free.)

Fran is a major Mickey Spillane fan. I look forward to her comment.

I'm a huge Spillane fan too. Wanted to meet hin but never got the chance. But Max Allan Collons did a documentry style film in which he interviewed current Mystery writers and let them talk about his work or his influence, etc and I got to be part of that film. My story was my father handed a Spillane paperback book to me when I was 12 and said, I think this is a mystery you'll enjoy. Of course I devoured it and read all the Spillane books my dad had and I fell head over heels in love with Mike Hammer and of course velma. I knew right then that I wanted to write Private eye novels.

I enjoyed this, David, and read every Batman comic as a kid. I've never read a Spillane novel, but will march down to the library and check one out today. Thanks.

I loved comic books when I was a kid, and never felt guilty at all reading them. I also read some of the Spillane novels, but I quickly got fed up with Velda - keeping herself a virgin for drunk and fairly brutal Mike Hammer? Please!

My real guilty pleasures were James Bond and The Saint. For one thing, both Fleming and Charteris wrote in some interesting women, who could do things. Patricia Holm was just as feisty as Simon Templar, and I thought it was a real shame when Charteris eventually dropped her so that the Saint could go woman-hopping wherever he went.

David D., see if you can find Spillane's THE DEEP. It's a standalone which doesn't feature Mike Hammer. It's the story of a member of an old juvenile gang who is returning to the city he left years ago, only now his once good friend and fellow gang member has become head of the local mob.

That sounds very similar to a story I just submitted to EQMM, R.T. I will get it. Thanks.

I keep saying (and fewer people tell me I'm wrong, each time I say it LOL) that, within a generation or two, at most, kids in high school will study the literary aspects of certain classic video game plots, the way we studied Shakespeare or Poe.

The real bellwether, however, will come when a video game beats out a print product, for the Nobel Prize in Literature. When that happens, high school kids will find that game listed as required course work. Just an opinion, of course.