A Lot of Damn Gaul

Look at a few of the American cities with French names: St. Louis, Louisville, Baton Rouge, New Orleans, Des Moines, Des Plaines, Boise, Terre Haute, Charlotte, Versailles, Vincennes… merely a hint of our rich history with the French. What happens in France is important not only to us, but to the rest of the world.

On Wednesday, armed gunmen struck at the heart of liberty: freedom of the press, freedom of speech, and freedom of religion. Terrorists virtually decapitated an insolent little magazine called Charlie Hebdo.

What is Charlie Hebdo? ‘Charlie Weekly’ is an in-your-face satirical magazine that lampoons extreme politicians and religionists of any stripe. Charlie often takes on Muslim terrorists who seem to have little knowledge or regard for fellow Muslims or Islam itself.

Why should you care about an irreverent, puerile, often offensive magazine, one that jabs at politicos, fundamentalists, and hypocrites? Even when rude and crude, issues and ideas have to be discussed. After an earlier bombing of Charlie Hebdo offices, editorial chief, Stéphane ‘Charb’ Charbonnier, said he’d rather die standing than live on his knees.

He died doing what he loved. Who can ask for more?


Following is a sampling of the outpouring from illustrators, journalists and cartoonists around the world. Intellectual property rights belong to the individual artists. 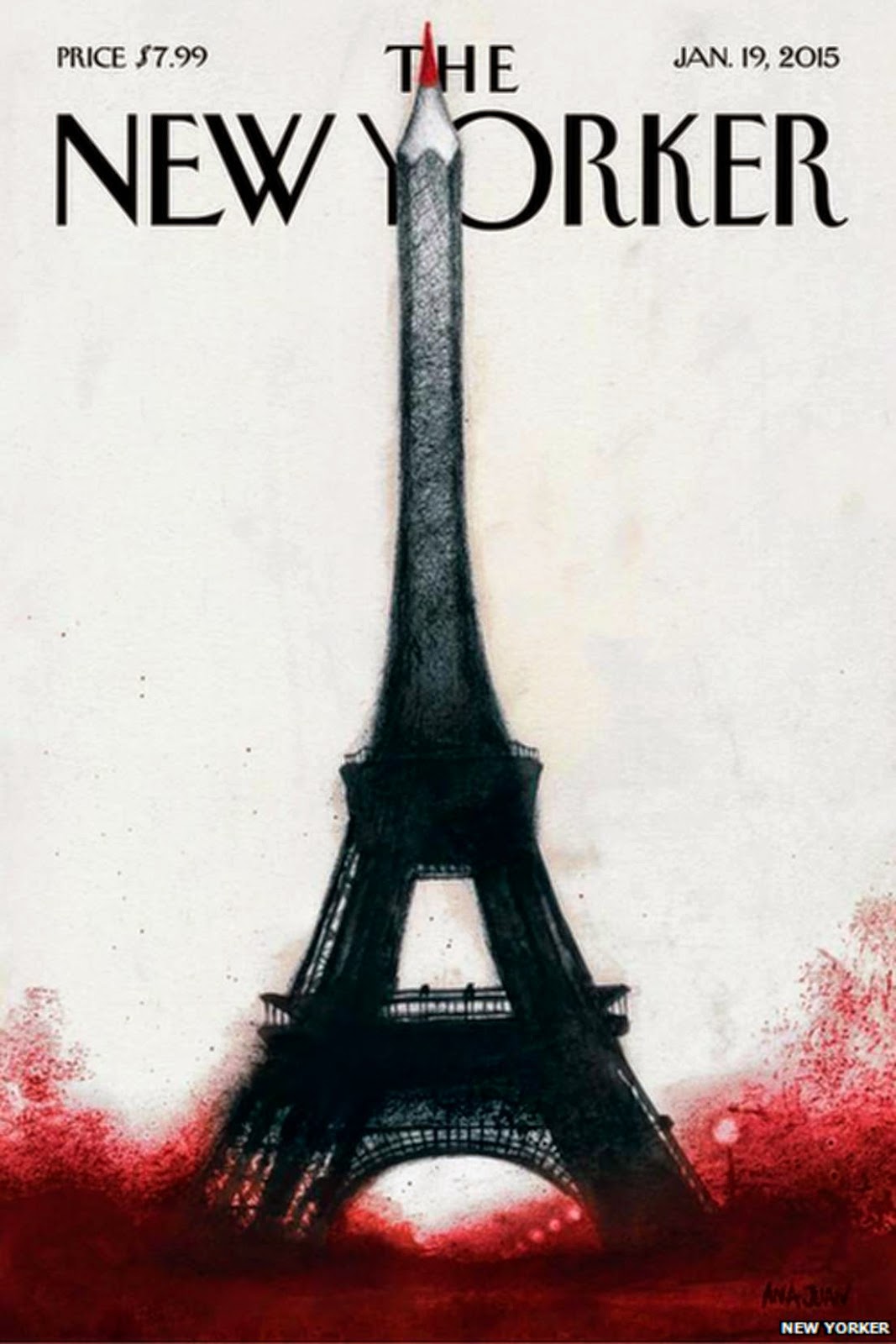