What I'm Working on Now 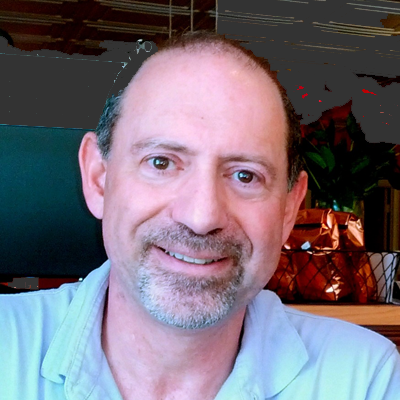 After a very long absence from the Blogosphere, it's good to be back among friends especially on a Friday, my original day on Criminal Brief.

There's been a game of tag circulating among author blogs. Variously titled: “What I'm Working On” or “My Writing Process,” a blogger answers four questions about current projects and writing process, and then “tags” another author to answer the same questions.

I recently was tagged by Melissa Yuan-Innes, an Ontario-based ER physician with a growing list of novels, short stories, and essay collections. (Her stuff ranges from science fiction and paranormal to romance to crime and medicine).

If that isn't enough, she teaches Yoga and has two small kids. Her latest novel is Terminally Ill, and she's finishing up The Goa Yoga School Murders. Her story 'Om' is slated to appear in an upcoming issue of Ellery Queen's Mystery Magazine. You can read her blog here.

Melissa was tagged by Rob Brunet (pictured with me at left), whose first novel Stinking Rich is being published in September by Down & Out Books. Rob is  being touted as Canada’s answer to Carl Hiassen. I befriended Rob two years ago at Bloody Words and talked him into coming to Bouchercon 2013 in Albany. Rob’s story, “The Hunt,” will be appearing soon in Ellery Queen’s Mystery Magazine. You can read his blog here.
”
When Melissa tagged me, I thought, “How fun!” Then I thought, “But I don't have a blog! And I don't write fiction. My old blog, The Vorpal Blade, began collecting cobwebs in 2007 when we launched Criminal Brief. In 2011, I began my regular column in Ellery Queen's Mystery Magazine. Then a few months later Criminal Brief disbanded and I saw it as a chance to take a break from blogtivity.

I'm grateful to my old blog-mates Leigh, John, Rob, and Janice (and Velma, of course) for allowing me to guest-post on SleuthSayers. I hope to be back here again soon.

And speaking of Sleuthsayers, I hereby tag my friend and the newest member of the Sleuthsayers team, Melodie Campbell, to pick up with her own answers.

On to the questions…

Like I said a few paragraphs up, I'm not a fiction writer. My last published fiction was a story in EQMM about five years ago. But right now I have a lot of different irons in the fire. My column in EQMM has me reviewing around ten books a month. I teach Jewish studies courses, and I'm a contributing editor at AudioFile Magazine, for which I also write reviews, interviews, and occasional feature stories.

Earlier this month McFarland Books published a volume of essays about detective fiction in honor of Douglas Greene's 70th birthday, for which I wrote the foreword and one of the chapters. (For those who don't know him, Doug is a retired English history professor, the owner/creator of Crippen and Landru Publishers, and an authority on John Dickson Carr, locked-room mysteries, and everything else in classical detective fiction). I've also put together a collection of Edward D. Hoch's non-mystery short stories (mostly horror, science fiction, and alternative history) which will be published by Wildside Press.

Two years ago, I finished a novel featuring a young New England rabbi and his bad-ass outlaw side-kick/guardian. I plan to do some more editing on it, as well as playing around with follow-up story lines for a sequel. I also have some ideas floating around for a series of short stories featuring a First Century BCE Pharisaic sleuth.

The Judaic content. In the 1960s Harry Kemelman wrote a popular series featuring a rural New England rabbi as his sleuth. They''re good books, but few people read them today. I think it's in part because the hero, Rabbi Small, isn't all that endearing to modern sensibilities. With my hero, “Rabbi Jake Lurie,” I've tried to create a fully three-dimensional character. He's self-conscious and idealistic. He wrestles with religion, morality, and politics. He falls in love every time he turns around. His best friend and self-appointed guardian is a gruff, bad-ass outlaw. Lou Santelli is to Jake what Hawk is to Spenser, what Pike is to Elvis Cole, and what Falstaff is to Prince Hal. He's bawdy, vengeful, and dangerous. And he's taken the young rabbi under his wings.

It comes down to those two tired adages: write what you know, and write what you like to read. I used to be a Jewish educator. No matter how hard I've tried to leave it for a life a crime, I still am. I know the ins and outs, the good, the bad, and the ugly of synagogue life. I enjoy good plots and interesting, believable and complex characters. That's why I write what I do.

I have a process? I'm not self-disciplined and I have a non-linear brain. In order for me to get anything done, I have to have a loose plot and a deadline.

I use a ton of note cards, whether I'm planning a story, a non-fiction article, or even a classroom lesson. I put a stack of blank cards in front of me and I write down ideas, one per card. These can include characters, themes and motifs, scenes or images, problems the characters may face, locations, whatever. Once there are a couple dozen of these cards, I can toss them in the air and see where they land. I can pick two at random and come up with a scene that combines them. I can spread them out like Tarot cards.

The more I look at them and play around with them, the story takes hold and details start taking shape. In the end, I end up with something like directions and landmarks on a road trip. I don't have to follow the directions, but whenever I'm writing and am stuck with what to do next, looking at this map helps.

Not long ago I had a group of characters and a setting, but no story. I enlisted my characters for help. I began writing a scene in which my two main characters were sitting in a café having a conversation about me and the story I was trying to write. These two guys who I thought I'd invented are tossing around story ideas, debating the merits of each. They came up with things I wouldn't have thought of. Did it help my story? No. Not directly. But it got me writing and kept my characters alive.

That's my story and I'm sticking to it.
Posted by Steve Steinbock at 00:00