by Robert Lopresti
Brian's column in June about connections reminded me that I wanted to point out that this year we must commemorate the 125th anniversary of the publication of a book which holds a major place in the history of mystery fiction.  It is a novel by Arthur Conan Doyle.

I refer, of course, to Micah Clarke.
You may now be thinking: Wait a minute.  Is that a classic mystery by Conan Doyle I somehow missed?

Well, no.  It was a historical novel about the English Civil War.  So why do I say it holds an important place in the history of our field?  Grab a cup of coffee and I will explain.

In 1886 Conan Doyle finished A Study In Scarlet, which I am certain you know introduced Sherlock Holmes to the world.  He hoped it would be published in the  Cornhill Magazine, but James Payn (seen on the left), in the move that gave him an eternal place in the Editor's Hall of Fame, rejected it.   The book finally found a place in  Beeton's Christmas Annual, published at the end of 1887.   The company  liked it enough to also put it out as a hardcover, and in America Lippincott's Magazine  ran it.

And then-- well, pretty much nothing happened.  It didn't rock the world even a tiny bit off its axis. 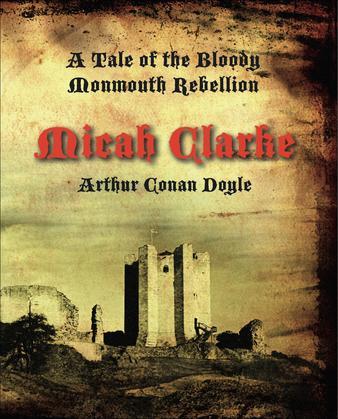 So Conan Doyle wrote Micah Clarke, a historical novel of--  I already told you that.   And that book was a huge success when it came out early in 1889.


It so happened that Joseph Stoddart, editor of Lippincott's Magazine, visited England that year and noticed the success of the book.  He remembered that he had previously published the author's A Study In Scarlet.  So, 125 years ago this very month, he invited Doyle to dinner at the Langham Hotel (a location which subsequently appeared favorably in several of Doyle's works).  Stoddart suggested that Doyle write another book about Sherlock Holmes, and  the good doctor promptly wrote The Sign of Four.  And, as we all know, as soon as that book arrived on the newsstands the public --

Well, did nothing much.  It wasn't much any more successful than the first book.  But Doyle had the Holmes habit now and he soon wrote "A Scandal In Bohemia," which appeared in The Strand Magazine.  That was the first of  the string of short stories that truly established Holmes as an immortal character.

And they would have never come along if Stoddart hadn't been impressed by the success of Micah Clarke.  Connections, right?

Speaking of which, Stoddart invited another author to that dinner, one who declared himself an admirer of Micah Clarke, thereby beginning a friendship with Doyle.  He also wrote something for Lippincott's at Stoddart's request.  And that book worked out pretty well too.