Trouble with Girls, Crows, and Hurricanes

I am happy to announce that I have a story in the first issue of Malfeasance Occasional, a new ebook series from the folks at Criminal Element.  The idea is that each issue will have a theme and this issue is "Girl Trouble."  It is available now.  Follow the links and get your hands, uh, hard drive, on it.

Oh, I should mention that I learned about this opportunity through Sandra Seaman's webpage My Little Corner, which is indispensable to anyone who wants to publish short genre fiction.  I have already told her I owe her a coffee.

Having said all that, I don't know whether this will really turn out to be a series or a one-off.  When they announced it in August 2012 they intended to move at a breakneck pace, with the first issue appearing in December of that year.   Obviously with one thing and another (one big thing being Hurricane Sandy, which blew through their offices like a, well, superstorm) the deadline has slipped a tad.  I suppose M.O. will turn out to be a series if the first book sells enough.  So. follow the links and get your-- did I already say that?

I know I haven't talked about my contribution, so let's go there.  "Crow's Lesson" is my first story in many years about Marty Crow, a private eye in New Jersey.  Marty was my first series character, and he was a reaction to my native state's decision to allow casinos in Atlantic City.  I'm not a huge fan of them.  (One of the reasons Jerry Izenberg was my favorite sports columnist in the Garden State was that he kept hammering on how much the state received on gambling (millions) and how much they spent on people with gambling addictions (zero).)

So I invented Marty Crow, a native of A.C. and a private eye.  He is a pretty sharp guy with one huge blind spot: he refuses to admit that he has a gambling problem.  And that winds up twisting things up for him as surely as if he insisted on walking with a fake limp.

Marty's first three appearances were in P.I. Magazine, which is still around, but stopped publishing fiction decades ago.  (S.J. Rozan's Bill Smith made his first showing in one of the same issues, oddly enough).  Since then Marty has appeared in Alfred Hitchcock's Mystery Magazine and anthologies. One of those tales earned me my only Anthony Award nomination.

And you can even hear (for free) dramatic performances of two Crow stories, thanks to the Midnight Mystery Players, who carry on the great old tradition of radio drama.

This particular story was inspired by a story I read in the New York Times many moons ago.  Some boards of education were so concerned about the possibility of children from other districts sneaking in to use their (presumably better) schools, that they hired private eyes to trail kids back to their homes. 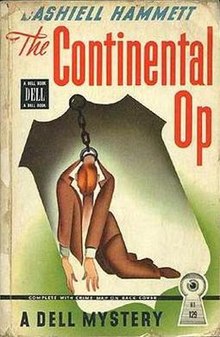 Hmm, I thought.  Sounds like a case for Marty Crow.  As it happens, the young lady he follows leads him into a very bad situation.  (The other inspiration for the story was Dashiell Hammett's classic Continental Op story, "The House In Turk Street."  For some of you, that's a big hint as to what happens to Marty.)

So let me wish the best to my fellow M.O. authors (Brendan DuBois, Eric Cline,  Hilary Davidson, Chuck Wendig, Patricia Abbott, Jeff Soloway, Charles Drees, Sam Wiebe, Cathi Stoler,  Milo James Fowler, Caroline J. Orvis, Ken Leonard, Travis Richardson), and to all  those who choose to get in trouble with us.
Posted by Robert Lopresti at 00:02