I began thinking last month what I’d write about this month and my mind was totally blank until I received my first issue of the Strand Magazine. Imagine my delight when I saw John Floyd’s “Secrets,” a slow-paced story with a fast moving plot and rising tension in which two strangers, a man and woman, meet on a ferry boat in what appears a coincidence (it’s not but to say anymore would be a spoiler). The plot ends, but the tension doesn’t drop and the story doesn’t stop because the plight of the two characters continues, suggestively, in the reader’s imagination. 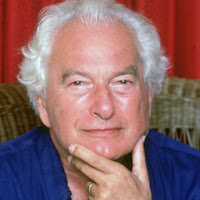 The other stories in the magazine are good, but the one that also interested me was Joseph Heller’s (1923-1999) unpublished "Almost Like Christmas,” written sometime between 1945-1969. Why would the editors publish a story about Christmas several months before Christmas. Because it is not about the holidays; it is a story that “ ...gives readers a provocative glimpse of seething race-related prejudice in an otherwise respectable small town,” (editor). In a town where black farmers from the south are allowed to buy land, a white teacher’s effort to integrate the schools results in three white boys badly beating a black boy. One of the white kids is stabbed, and the black kid is blamed. As an angry mob begins to form with the intention of hunting down the black kid, the atmosphere becomes “Almost Like Christmas.” In view of some of the violent incidents involving race these days, the story is very topical.

Reading Janice’s post on length prompted me to reread Poe’s essay “Philosophy of Composition” in which he states “It appears evident...that there is a distinct limit, as regards length, to all works of literary art — the limit of a single sitting....” but he admits this limit may be “overpassed” except in poetry. Her post also sent me to Amazon to buy Kwik Krimes. Editor Otto Penzler “thought it would be fascinating to see what authors could conjure if given the specific assignment of producing a mystery, crime, or suspense story of no more than one thousand words.”

I didn’t read all 81 stories before having to post this article. All, except one, of the 34 stories that I managed to read are well crafted and seem to comply with the word limit, plus or minus a word or two. I say seem because I didn’t count the words of each story, but based on page length, each is four pages long, plus or minus one or two pages. The disappointing story was the page and half “Acknowledgement.” It has no conflict though it suggests what happened to the narrator. It is like the acknowledgements in books thanking mama, daddy, uncle, aunt, agent, and anybody else who may have helped or hurt the author. To say what the ending suggests would be a spoiler. Since there is no mystery, suspense, or crime, it isn’t a story and seems out of place in this collection. 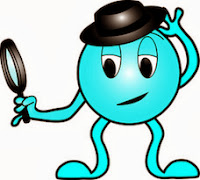 I give a big shoutout to Janice’s masterful story “The Imperfect Detective” in which the detective comes up with the perfect solution. It is so well crafted that any discussion of the plot would be a spoiler.

If you haven’t already, add Kwik Krimes to your to-read list. Not only can you read one story in a single sitting, you can read three or four or, if you’re a speed writer, even more.

One problem I have with reading flash fiction, short stories, and short short stories is the difficulty of avoiding spoilers in discussing them. If anyone has a solution to this problem, help.

But maybe I don’t need help because, according to an essay I read by Jonah Lehrer in the Internet magazine Wired two minutes before posting my article, “Spoilers Don’t Spoil Anything.” The article is certainly food for thought and a post on SleuthSayers if I can get around to thinking about what spoilers really do.
Posted by Louis A. Willis at 00:00