by David Edgerley Gates
I've been reading Max Hastings' ARMAGEDDON, which is about the last year of WWII in Europe, from D-Day to the German surrender. It's a door-stopper of a book, but he's a very skillful writer, and he lays out the campaign in vivid detail.

He tells the story from the shifting points of view of the four major armies, British, American, German, and Russian, and he makes even as confusing a fight as Arnhem transparent in its folly. (Hastings doesn't suffer fools gladly, and Montgomery comes in for his lumps, but so do quite a few others.) I highly recommend it. 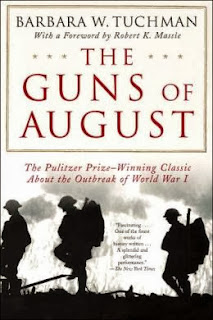 Many of us, probably, take for granted the received wisdom that Europe's major players in 1914 went over the cliff like lemmings, helpless in the grip of events they couldn't control, both the Entente and the Central Powers caught in a tangle of alliances that didn't allow them any wiggle room.

This is the case Barbara Tuchman makes in THE GUNS OF AUGUST, still the most influential history of events, and her view is backed up by Sir John Keegan and Paul Fussell, among others, but it wasn't always so.

Winston Churchill always held Germany responsible, as did a number of his contemporaries, John Buchan, for one. (Churchill is in fact known to think that both wars were continuous, and that the years from 1918 to 1939 were no more than a static interlude of false hope.) This is why Woodrow Wilson had such a tough sell at Versailles, because Clemenceau and the Brits insisted that the Germans accept full blame, and pay crippling reparations. The humiliation of the peace, and the collapse of the German economy, almost certainly led to Weimar's paralysis, and the rise of Hitler. 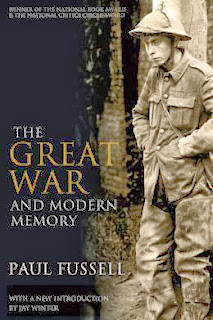 So the calamity of 1914 is well worth another look, and Hastings takes a very contrary position. In his reading, Germany is the aggressor, and Russia, France, and Great Britain were forced into the war by necessity. Germany was at this time Britain's chief rival, both in Europe and the world. They challenged Britain's fleet, and British colonial interests, in Africa and elsewhere. Britain's fortunes, politically and economically, rested on a stable international order. German amibitions upset that order.

After the June, 1914, assassination of the Archduke Franz Ferdinand, by a Bosnian nationalist, London had every reason to believe Berlin would exploit the Balkan crisis. Leaving aside the fact that Austria-Hungary had its own internal tensions, Germany did indeed turn the situation to their advantage. Their intention, if they could persuade France to remain neutral, was to attack Russia, but avoid a war on two fronts.

In the event, when Germany invaded Belgium that August, beginning their offensive in the West, to eliminate the French threat, everybody's calculations went off the rails. You have to look at the chronology of mobilization, which is complicated, and then decide whether Germany was bluffing, or trying to buy the pot, without in fact going to war, but it seems to me Hastings has got it right. The actions of the British, the French, and the Russians were taken in reaction to German saber-rattling. A general European war might never have happened, if Germany had shown any interest in conciliation, but their air was to dismantle British hegemony, and establish a German one, in central Europe, annexing Poland, and across their colonial empire, particularly in central Africa. The result, in a word, was catastrophe, for all involved. 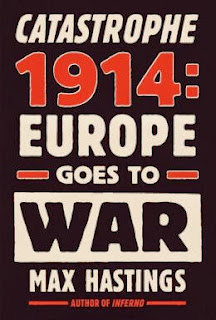 The sense that nobody in particular caused the war,that it was a slide over the brink, brought on by accident, mutual suspicion, intransigence, or denial---Christopher Clark's book about it is called THE SLEEPWALKERS---is somehow oddly comforting, as if we're not responsible for history, which has its own logic and momentum, and sweeps us away, captive to a fall of the dice. But man makes history, for good or ill. We're captive to our own nature. In the end, nothing is written, and the waters are uncharted.
Posted by David Edgerley Gates at 01:00