Number One on the late, great Elmore Leonard’s ten rules of writing is “Never open a book with weather.” The proverbial worst first line in all of literature is Edward Bulwer-Lytton’s “It was a dark and stormy night.” Every novelist hopes to begin his or her book with a memorable first line. Mystery writers trying to break into print today are encouraged to provide a hook for agents and editors by starting with some kind of zinger. I’ve heard endless discussions of the pros and cons of prologues, one of the cons being that a prologue postpones the voice that’s going to sell the book (both to publishers and to readers).

My first impulse was to take a look at the openings of my ten all-time favorite mysteries, but they weren’t all at hand, so I offer some famous openings from general fiction and a semi-random selection of mysteries from the Golden Age to the present, with comments. 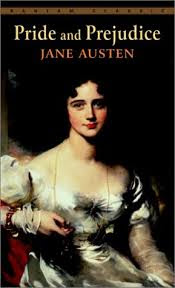 It is a truth universally acknowledged, that a single man in possession of a good fortune, must be in want of a wife.
Jane Austen, Pride and Prejudice
Everybody knows this one, which sets up both the theme and the ironic tone of Jane Austen’s masterpiece.

“Christmas won’t be Christmas without any presents,” grumbled Jo, lying on the rug.
Louisa May Alcott, Little Women
This first line draws the reader in with a sentiment that everyone can relate to and gives us a lot of information about the protagonist. Without Alcott, would we know that in the 1860s a fifteen-year-old girl might lie on the rug and grumble? Part of Alcott’s genius is the freshness and immediacy of her language and characters, which continue to transcend their time 150 years later.

Happy families are all alike; every unhappy family is unhappy in its own way. Leo Tolstoy, Anna Karenina

This is a wonderful aphorism and a very famous line. As a 21st century psychotherapist who works with dysfunctional families, I disagree with the statement. In many years of practice, I’ve found that the similarities among unhappy families become the foundation for understanding, change, and healing. On the other hand, the details—the uniqueness of the unhappiness of an individual family—form the basis for literature.

I grabbed a couple of classic mysteries, both first published in 1936, to see if their openings socked the reader in the eye. 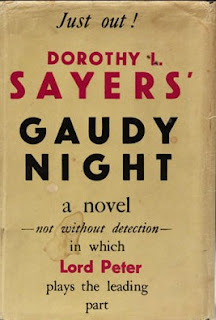 Harriet Vane sat at her writing-table and stared out into Mecklenburg Square.
Dorothy L. Sayers, Gaudy Night
No clue here that we’re about to read one of the greatest mysteries of all time, in which the characters and feminist issues are so well done that the reader doesn’t mind that there’s no murder in the book. The only reader excited by the first line is one who has read all the preceding Lord Peter Wimsey books and is already attached to Harriet Vane.

The story of the little man, sometimes a stockbroker, sometimes a tea merchant, but always something in the City, who walked out of his suburban house one sunny morning and vanished like a puff of grey smoke in a cloudless sky, can be recalled by nearly everyone who lived in Greater London in the first years of the century.
Margery Allingham, Flowers for the Judge
This once-upon-a-time opening presents a puzzle and sets up the expectation of a story in a distinctive voice—but not a voice that would appeal to most present-day readers. The cultural references—“little man,” “suburban”—are rooted in the London of their time.

And here are some mysteries from more recent times, all of which I’d characterize without hesitation as first-class reads.

Lock-Ober’s Restaurant is on Winter Place, which is an alley off Winter Street just down from the Common.
Robert B. Parker, Looking for Rachel Wallace (1980)
It’s Spenser, but doesn’t even hint at the toughness, tenderness, and humor of Spenser’s voice. 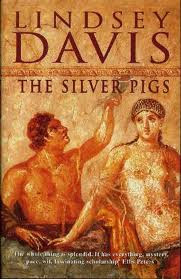 When the girl came rushing up the steps, I decided she was wearing far too many clothes.
Lindsey Davis, Silver Pigs (1986)
Finally, a tale that starts with action (first in the Falco series). The paragraph that follows sets the scene in ancient Rome, but that first sentence has already introduced Falco’s irreverent voice.

Miller was wakened from his doze by a puff of hot air, redolent of freshly cut grass and newly disturbed dogshit.
Stuart Woods, Palindrome (1991)
One of Woods’s best books, from before he started writing down to the reader with his Stone Barrington series. By now, it’s okay to engage the reader with a shock-value image.

If she’d had a foot fetish Anna would have been an extremely happy woman.
Nevada Barr, Firestorm (1996)
At last! A first sentence that I think has it all. We’ve got voice, character, humor, and a set-up intriguing enough to pull the reader in. No action, which would be bad in a thriller but is fine in a character-driven mystery. Its language breaks the no-adverbs rule, but I think that rule needs to be broken now and then. 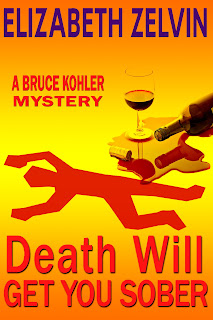 And let’s end with the first line of my own first published novel, which I wrote so long ago I can’t remember doing it, and which remained unchanged through many revisions all the way to the printed book and past my edit of the recent new e-edition. I’m still a little nervous about the shock-value element, which might alienate some gentle readers. But my protagonist Bruce enters speaking in his own authentic voice, and if I’ve got anything of value to offer the reader, it’s character and voice.

I woke up in detox with the taste of stale puke in my mouth.
Elizabeth Zelvin, Death Will Get You Sober (2008)

What’s your favorite first line?
Posted by Elizabeth Zelvin at 00:01