Failure of The 13th Juror 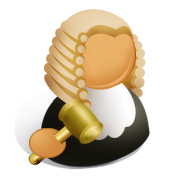 As I understand the 13th juror doctrine, a judge can overturn a jury verdict if he or she finds the evidence does not support it. In a carjacking and murder case here in Knoxville, a special judge overturned the guilty verdicts of four defendants and granted the three men and one woman new trials on the ground that the judge in the first trials failed in his duty to act as the 13th juror.

In 2007, the three men carjacked a couple driving an SUV. They tortured and killed the man and burned his body on nearby railroad tracks. After torturing and raping the woman as the female defendant watched, they stuffed her body while she was still alive in a trash bag and threw the bag in a garbage can. 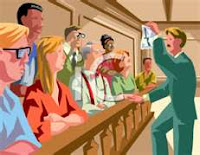 For the sake of simplicity, I’ll call the first judge “P” and the second one “G.” In 2011, After an investigation by the Tennessee Bureau of Investigation, Judge P confessed to being addicted to pain pills and pleaded guilty to official misconduct. He began having sexual relations with a woman in 2009 who also supplied him with pills. She later introduced him to a felon on parole in his court who began providing him with pills. His criminal activities and association with criminals has caused a real legal mess. All of his cases are being examined. One defense attorney on another case argued that the evidence in Judge P’s case was so damning a reversal was automatically required.

The DA argued that in the case of the three men that no errors were made. He admitted that during the woman’s trial, Judge P’s behavior was erratic. He decided not to ask for the death penalty for two of men and the woman in the new trials but will again ask for death for the ring leader.

My younger daughter was and probably still is on the prosecutor’s witness list. She wasn’t called to testify at the first trial and is hoping not to be called in the second one. She got on the list because about two or three days before they carjacked the couple, the three men were seen walking around her neighborhood in a suspicious manner. Later that night, they tried to break into her house and were scared off when a neighbor across the street fired his gun in their direction. My daughter called the police but they couldn’t get there quickly due to ongoing construction at both ends of the street. She wasn’t happy about being a witness at the trials because she was afraid the defendants' friends would come after her.

One of the male defendants explained during his trial that they wanted a car to use in a bank robbery. My daughter’s one year old SUV was in her driveway when they cased the neighborhood.

The victims’ parents and many Knoxville residents didn’t like Judge G’s decision. One newspaper columnist thought it was the right decision under the circumstances. The court has denied a request from the newspaper to unseal Judge P’s file. 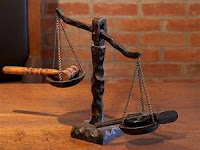 Judge P’s criminal activities might have had a negative affect on the trials, but should the verdicts be automatically reversed without a clear showing that he was under the influence of drugs and made errors in the cases of the three male defendants?

Postscript: On Saturday, the newspaper reported that the US Attorney is investigating Judge P’s case to determine if he violated any federal laws.

The Tennessee Court of Appeals has not decided whether to grant the state Attorney General’s request for a review of Judge G’s decision or to let the new trials go forward.
Posted by Louis A. Willis at 00:00