Off the Literary Reservation 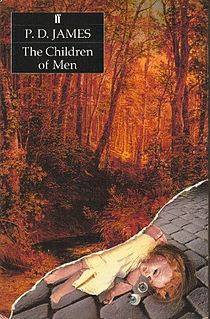 It is always interesting to see writers operating off their usual turf. Sometimes, the results are disastrous – John Le Carre’s The Naive and Sentimental Lover comes to mind. Other times, skills that flourish in one genre turn out to be dynamite in another. Arguably P.D. James’s best novel is The Children of Men, her futurist tale of a disastrous population crash in near future Britain. The careful characterization and thoughtful prose of her mysteries seem even better when unhitched from the genre requirements of red herrings and planted clues. 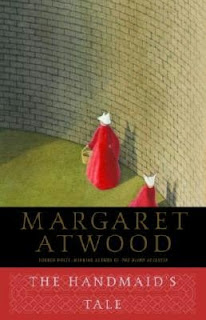 Similarly, the Canadian poet and novelist Margaret Atwood hit it big with The Handmaid’s Tale, another futurist foray about an infertile future. (It’s a nice question why this theme resonated with two female novelists in a time of over population). The narrator has a poet’s grasp of the language and the combination of a flamboyant style and a thriller plot made it no surprise that Handmaid later showed up on the screen – and in an opera.

With 11/22/63, Stephen King is the latest writer to move off his particular literary reservation a novel about a time traveler who heads off to Dallas to block the Kennedy assassination. Like Atwood and James, he brings a heady literary arsenal, particularly his gifts for visceral effects, violent action, morbid atmosphere and imaginative plotting.

He doesn’t completely avoid his patented horror effects, either, nor his affection for schools and teenagers, who, in the main, get a charming and sympathetic treatment. Indeed, many of the characters, particularly the minor ones, are sharply observed and appealing.

So is 11/22/63 in the rare category of the totally successful and unexpected? To my mind, not quite, though to be honest, I am a fan of his non-fiction, not his stories. Some of it is excellent, and who can say too much against a writer who comes up with a line like : “A universe of horror and loss surrounding a single lighted stage where mortals dance in defiance of the dark.” He also has some trenchant observations about life, American politics, and human limitations, and the ending is genuinely touching.

On the down side, the book is enormously long, too long, I think, to be carried by Jake Epping/ George Amberson, the English teacher time traveler, who finds a ‘rabbit hole’ to the past in the back room of his friend Al’s diner. He steps out into September of 1958, the Land of Ago, where he first attempts to reset the life of his school’s handicapped janitor before setting his sights on changing history big time.

George is a fine functional character. He is good at any number of things and abundantly gifted with the savoir faire that enables him to make a living without documents in 1958 and fit into the ‘Sixties without more than a few linguistic slips and some unwise song lyrics. The heroine falls for him; his colleagues like him, and even derring-do is not beyond his brief.

But he does not seem to have much of an interior life. Until the very end, he seems to have few conflicts and, like most of the characters, he belongs to a universe where good and bad are sharply separated. George once confesses to cowardice, momentarily, otherwise he’s a white hat all the way.

Towns, too, are clearly on one of the other side of the moral scale. Derry, Maine, where George first goes to change destiny, is a creepy place, and King can’t resist suggesting a real monster in an old chimney. Dallas, similarly, is haunted by evil, and the famous Book Depository is almost the personification of brooding malice. In contrast, Jodie, the small Texas town where George finds happiness, is almost overflowing with good will and good folks. 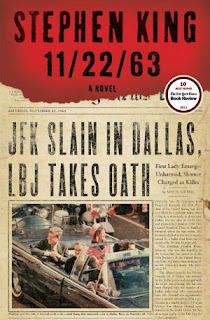 11/22/63 is clearly and vigorously written but at over 800 pages, I, at least, began to find the five years before that November day in Dallas very long indeed. Part of the length is caused by the way King has set the parameters of his time travel scheme. It is always September 1958 when one leaves the rabbit hole and precisely two minutes later in modern time when one returns.

Furthermore, every time George re-enters the rabbit hole, the past is reset and any changes he made on his previous visit are erased. You can see the potential for a Groundhog Day scenario, and there is something exhausting about the resets and the repetition of events. I’m probably a minority opinion, but I think 11/22/63 would, indeed, have been masterly at about two thirds of its present length.

Still, there are plenty of things to like as well as some curious touches. The importance of dancing is not so surprising ( Dancing is life) in a man clearly fond of music and devoted to art. But the sense that 11/22/63 conveys of the fragility of reality and the contingency of all our perceptions surprised me in a writer whose great gift is the transcription of violent bodily states.

Indeed, the last writer I would compare to King is Nathaniel Hawthorne, though like King’s narrator, he was often criticized for lacking red-blooded emotions. But early in The Marble Faun, Hawthorne has an interesting passage about the sorts of stories, touched with the uncanny and the supernatural, that both he and King construct.

Of the ruins of Rome, which attracted him as the ruins of our old industrial towns attracts his modern counterpart, he writes of the ‘ponderous remembrances’ of the city where “our individual affairs and interests are half as real here as elsewhere. Viewed through this medium, our narrative– into which are woven some airy and insubstantial threads, intermixed with others, twisted out of the commonest stuff of human existence– may not seem widely different from the texture of our lives.”

English teachers as they are, Jake Epping/ George Amberson would heartily agree.