In recent weeks, we've seen interesting news on the literary front. We'll headline a couple of them today. 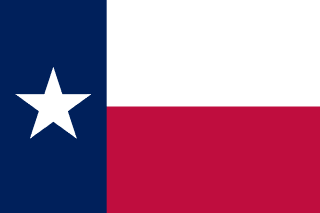 You may have heard of the Librotraficante movement and its caravan this month from Texas and New Mexico into that literary desert of Arizona where schoolbook banning is alive and well. Authors and educators are fighting back– smuggling banned books back into the state that just celebrated its centennial. 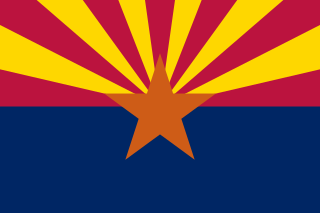 Like other bannings, Arizona HB 2281 ARS §15-112 touts such lofty goals of racial harmony and patriotism, but also like other bannings, the result is something else. Reportedly, officials seized books while studies were in session and subsequently shut down classes.

The numbers of 'offensive' books comprise an extensive list, mostly related to Indian and Hispanic themes and authors. I won't suggest this is communist thinking (although Arizona's flag features a suspiciously large red star. Hmm…)

My take is nothing like banning books gets people to read them. A couple of thousand miles away in New York City, Mayor Bloomberg twice destroyed the so-called People's Library, an outgrowth of Occupy Wall Street. I'm sure officials saw only a rag-tag collection of books, but burning books of any kind raises hackles. Thus, out of these two attempts to take books out of people's hands, a new movement has arisen… 'read-easies'.

Like speakeasies of the Prohibition era, people can gather to partake of the illicit and even the illegal. The idea of these decentralized underground libraries is for each to stock copies of banned works. Thus if a book is banned in Boston (or tossed in Tucson), it should be available elsewhere.


Criminal (and other) Composites

A new web site called The Composites combines descriptions of literary protagonists and law enforcement composite sketch software to create visuals of our favorite characters. Following are some of the most popular results:


I admire Sue Grafton's detailed descriptions, but I tend toward minimalism. In Swamped, I described the professor's hands, damaged foot, and what little could be seen of his eyes, but I spend more time writing about what's on the inside of a character. What characters think is important to me, especially if it doesn't mesh with their actions. Although I'm more Continental Op than Kinsey Millhone, descriptive difference may be attributable to the length of the story form. In a novel with more room to play, I might become more effusive vis-à-vis physicality, but there can be drawbacks.

I'm not the first to mention that whilst Stephenie Meyer vividly portrayed teenish hunk Edward Cullen in her Twilight Series, she sketched virtually no physical description of Isabella Swan. Apparently that lack of detail allows readers to visualize themselves as their heroine, Bella.

Speaking of which… it's the witching hour of midnight and I'm outta here.
Posted by Leigh Lundin at 00:01

Funny you mention that star on the AZ state flag, Leigh. Years ago, while I was working down in Panama, the powers that be in Special Warfare Command decided to rearrange the barracks building back at Bragg. Consequently, two guys were sent into my room to box up all my possessions and move them to a room on a different floor. I had two flags on the wall: AZ state flag, and the flag of Lebanon. I returned state-side to discover they had been listed as “1 Battle Flag, North Viet Nam” (followed by a description of AZ state flag.) I guess those two guys figured the sunrise stripes on the top-half were a version of the “rising sun” Japanese battle flag from WWII, so they invented a new idea: An NVA “Battle Flag”! LOL They listed the Lebanese national flag as: “1 Flag, State of California,” so I guess they couldn’t tell the difference between a bear and a Cyprus tree either! I laughed for days!

I really liked this article. Is it just me? Or does the sketch of Keith Talent from London Fields look a lot like Johnny Carson? And, I swear my wife’s got a DVD of Jane Eyre in which the actor who portrays Edward Rochester looks nearly identical to the posted character sketch! Makes me wonder if the sketch artist saw that movie and cheated a little. lol

You aren't the only one chortling over your flag story. How funny!

Rochester, one of the few not smirking, looks simian to me, but I haven't seen the movie. I thought Tom Ripley and Daisy Buchanan are spot on, but I can't wrap my brain around Sam Spade. Too many movies, I guess.

"What good is an obscenity trial except to popularize literature?" -Rex Stout

Loved the bit about traficantes.

Book banners haven’t come to Tennessee yet, but before they do, I plan to buy a shopping bag full of books at the local library book sale this month.

Are my eyes failing, or does Tess look like a young Emmy Bovary?

Maybe this explains something about Tucson:

(laughing) anon, I feel so sheltered: Men are Dogs and the Women Who Love Them. Isn't that too weird, having to find a dog of a date on Craig's list? They couldn't get a match on eHarmony?

Is the age of consent in dog years or human? Wouldn't her mother-in-law be a real bitch? There must be dozens of awful jokes.

Louis, you're right– there does seem to be a facial resemblance. Oddly, I don't recall that Emma had anything to smile about.

Rob, I hadn't heard that Rex Stout quote. Good for him!

I don't want anything or anyone messing with the images of various characters I have in my mind's eye.

PS Louis, I think Tess has the look of Drew Barrymore about her.

are you fucking stupid? we're fighting a war against terrorists and shaira law and your worried about fucking books? no wonder we're losing you stupid liberals

Your lack of vocabulary is just sad. I am using little words so you can understand since pertinent points seem out of your league. I must ask myself why you think having discussions about books denotes ignorance of what is going on in this world. I know of at least one person on this site who is at least as well traveled as you and probably better. While terrorism dogs our daily lives it doesn't have to be the only thing our mind focuses on.

I don't care if you are 70 years of age, grow up. I hear ghetto kids all day long use the "fuck" word;at last count the record is 227 times by fourth period, so before you address people , come in with a vocabulary and some arguments worthy of the site. Otherwise....read a book.

Isn't it interesting--and revealing--that messages such as these are always posted by "anonymous". I supposed they are ashamed of their ridiculous statements, as well they should be.

Thank you, Debbie and Herschel.

anon, put down the shot glass and step away from the bar. While I personally don't recommend messing with RT, Dixon, or David, you just discovered the danger of offending teachers, which my very good friend Debbie happens to be.

Despite eMails floating around, I'm not aware of sharia law anywhere in the Americas, let alone North America. Your comment illustrates the real threat to the US is how we treat one another.

You also appear to confuse liberal with civil libertarian. By implication, your note also insults conservatives.

So, when we say "Welcome, please feel free to comment," we invite you to converse or even challenge us civilly without invective and preferably sober.

Thank you for writing us.

And thank you Debbie and Herschel for defending language, common sense, and us.

Dixon, my Dad (who did his hitch in the Army back when most people in the U.S. couldn't find Vietnam on a map) loved your flag story!