by R.T. Lawton
As writers, you know all too well how it is when you're writing right along and then you get that phone call, notice in the mail or have that unexpected event happen. Some are little things, short things, like reminders of a dental appointment or notification for jury duty. And then, some are far more reaching. From other posts and comments made on this site, it appears the last few years have been tough on parents.

The way it's been here, my wife and I have been gone a lot, off and on, since Thanksgiving. Then, right after Christmas, we drove 800 miles one way for another trip, so Kiti could help her 87-year old Mom who started chemo and radiation at the end of December. I drove home alone a few days after New Years. There wasn't a lot I could do there, however back home, we have two young 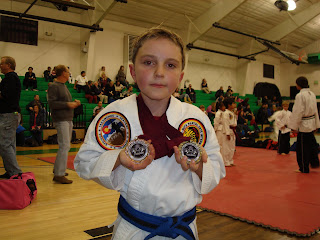 grandsons we do daycare for during the school year, something we've done since they were born. Normally, the boys arrive at our house about 7:30 AM, we feed them breakfast, take them to elementary school, pick them up in the afternoon and deliver them to after school activities.


January and into February had a sudden change in the lineup. Yours truly got drafted as the mess hall cook. Prior to then, most of my culinary displays were confined to the grill in the back yard. So, here's how it went. On Day One of batching it, the boys frankly informed me I didn't know how to make oatmeal. Didn't take me long to call Grandma Kiti and find out her oatmeal secrets. On Day Five, when oatmeal came around on the menu again, the boys gave me a Two Thumbs Up. Whew, I was finally getting the hang of this cooking thing. 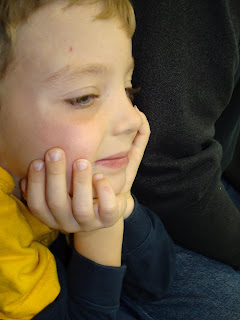 Then, one morning I overheard the boys talking about how they liked biscuits and gravy. Hey, I could do that. So, come a Wednesday, I opened the refrigerator, popped a tube of flaky style biscuits, arranged them on an ungreased cookie sheet, stuck them in the oven and hustled to the computer. A quick Google for sausage gravy turned up a simple recipe. Racing back to the kitchen, I slid a skillet onto the stove, got out the sausage and commenced to create gravy. It was only after placing everything on the breakfast island that I learned another lesson about cooking for discriminating young-uns. The boys promptly proceeded to tease their biscuits into four flaky layers. The bottom layer got butter, the second layer got grape jelly, the third layer got ONE SPOONFUL of gravy, the fourth piece went on top of the stack and they ate it like a sandwich. Who knew? I had to eat the rest of the biscuits and sausage gravy by myself. I'm sure it was good for my figure.


In an attempt to vary the morning menu, I've also created Grandpa R.T.'s version of a bacon, egg, cheese and biscuit McMuffin. (NOTE: I put those together myself, so we don't end up with more of them multi-layered sandwiches with purple jelly oozing out the sides. Don't think I'll ever have to worry about McDonald's suing me for infringement on their version.) Gotta love the convenience of those pop tube biscuits though. Of course, the boys being the savvy grocery shoppers they are, recently informed me those biscuits do come in smaller cans, so we wouldn't have so many leftover ones ending up in the bread toaster the next morning. Good thing they know what we're doing here.


On a high note, the boys confided in me that they like my fruit smoothies better than Grandma's, but they don't want to hurt her feelings, so I can't tell her. Naturally, I cheat when I make the smoothies, and throw in some vanilla Blue Bell ice cream to get a richer taste. (Those of you residing in states surrounding Texas know what I mean about Blue Bell.) Seems only right that everybody should have ice cream for breakfast.


Anyway, March is here and Grandma Kiti is 800 miles away again for a few weeks. That elevates me once more to the prestigous position of chief cook and dishwasher. Soooo, do any of you out there have any tasty, but simple recipes for a breakfast meal you'd care to share? This is no time to be shy. Just go ahead and put them in the blog's Comments Section. That way, if anybody reading the column sees a mouth watering recipe, it's right there for the trying.
And, to sweeten the pot, I'll try all the recipes out on the boys. Sorry, judges' decisions are final. The breakfast recipe they like the best gets a free personalized copy of the July/August 2012 issue of Alfred Hitchcock Mystery Magazine mailed to them. Hint: It will have the tenth story in my Twin Brothers Bail Bond series and I'll autograph it any way you want. Hurry up now, I've got hungry mouths to feed.
Posted by R.T. Lawton at 00:01