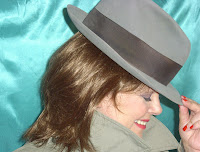 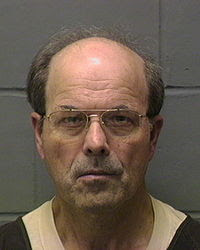 Deborah, I agree with you, but today I can't help but think of the killers like Josh Powell. They are the ones who show lots of signs of NOT being "the nice guy next door," but wind up committing additional crimes because the evidence isn't strong enough to justify taking them to trial in today's CSI world of juries. We spoke not long ago of women who murder their children. Many of us have believed since Susan Powell went missing that Josh disposed of her, but his final acts upon those two little boys exceeded even our worst expectations. It seems we must beware of the "nice guy next door" as well as the obviously psychos loose among us.

So true, Fran. That story breaks my heart on so many levels.

I used to envy the British police system, where they are able to arrest on 'reasonable suspicion' as opposed to 'probable cause'. Of course, they could not charge the person until they had the actual PC. However, this allowed the police to not only hold a suspect for several days while attempting to gather perishable evidence, but sometimes took a very dangerous person off the streets. If he was released without charges this did not bar them for re-arresting him as new information came to light. The bar for American police, while certainly favoring the truly innocent, also provides a wide range of play for the criminal. That being said, if I were the innocent suspect, and most assuredly if I were not, I know which system I would prefer then.

Fran's comments are along the lines of thoughts I have been having lately about the criminal justice system. I made my living as an attorney (though, thankfully, not in criminal law) as did my wife. We are both slack-jawed at some of the innocent verdicts that have been coming in lately. We both have a theory that CSI-type crime shows are, in effect, polluting the jury pool. Juries seem to be rebelling at cases built solely (or largely) on circumstantial evidence, expecting (instead) a full-blown explanation of precisely how and why a crime was committed before voting to convict. I suppose the same goes for decisions to arrest (though I defer in that respect to my Tuesday colleague David who has more experience on that side of the ledger). Everyone watching the Powell case could tell at least circumstantially what must have happened. And our inability to act on the obvious left those kids dead.

I know that our system of justice is premised on presumed innocent until proven guilty. But I can't help thinking that we are swinging the pendulum a little more than it needs to be swung of late. The inability to convict on circumstantial evidence (see, e.g., Casey Anthony's Florida acquittal) has an inexorable effect on police and prosecutors who become less likely to arrest on circumstantial evidence.

Wonderfully put, Dale. And you are certainly right about the dampening effect it is having. Prosecutors are becoming very reluctant to go forth with circumstanial evidence cases due to the CSI effect, while the police are beat up by the media when they make arrests without direct evidence; especially DNA. As a people, it seems, we are demanding that science relieve of us of the hard decisions involved in being members of the jury, or the criminal justice system. To often, it is simply an excuse for avoiding any responsibility.

". . . often, it is simply an excuse for avoiding any responsibility."

I think you hit the nail right on the head, David. And, I suspect this may be linked with the truth that Deborah writes she feels may be out there but not understood.

My experience sitting on a jury, is that I suddenly felt the heavy weight of justice descend crushingly onto my own shoulders. We often feel as if Judges have a heavy duty, but when push comes to shove, it’s JURY MEMBERS who actually decide whether or not to send a person to prison. They’re the true final arbiters who can’t “pass the buck.” Speaking with fellow jury members, the two times I’ve participated, I’ve never found one who disagreed (though I’ve encountered some who didn’t feel comfortable discussing it).

My father used to say that he felt too much weight was placed on developing a sense of personal responsibility, when he was a kid in the 30’s. But, today, the pendulum seems to have swung the other direction: most folks seem to look for outside influences that “caused” them to act in certain ways, or think certain things. Consequently, it seems to me that many people no longer accept personal responsibility for their actions.

On a jury, where one can’t escape personal responsibility, I suspect this creates a conflict many members of society can no longer handle. Sending someone to prison, or letting a criminal back on the streets is a particularly heavy responsibility, and I suspect many people’s decision does not concern: “Did this person commit this crime?” But is rather: “Which way can I vote, in order to lessen my guilt if I am wrong?” In an increasingly media-centric society like ours, I think this tends to push the verdict toward not-guilty, because jurors may escape learning whether or not a criminal breaks the law again – but they KNOW if they have sent someone strait to prison. Voting “Guilty” creates an immediate result they can’t ignore. Voting “Not-Guilty” may be a way of psychologically “passing the buck.”

Interesting point, Dixon about a non-guilty verdict as way of passing the buck. I was on a jury recently and was also the one holding up the verdict. It is a lot of pressure and stress to make the "right" decission.

Deborah, as always fantastic post! I need to keep a closer eye on my neighbors, they too, seem nice enough...