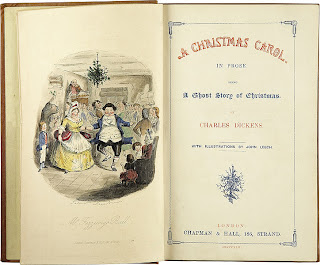 In writing, as in so much in life, a good start is vital. Unless it’s the dreaded assigned reading, a novel or story with a flat opening is doomed to remain unread and unsold, one reason why so many contemporary mysteries and thrillers start with the page one discovery of a corpse, preferably young, female and formerly beautiful. While a few writers, like Barbara Vine (Ruth Rendell) in A Fatal Inversion and Eric Ambler in Journey into Fear, are content to build up a suspenseful atmosphere and trust to their literary skill, most prefer to start with more visceral excitements.
But the modern preference for a scene of unbridled carnage is not the only option. Since February 2012 marks the 200th anniversary of Charles Dickens birth, we can profitably look at a writer who was supremely confident about his beginnings – and his audience.

He is famous for opening lines like, “It was the best of times, it was the worst of times” that begins A Tale of Two Cities, and he was no stranger to exciting openings. In the first pages of Great Expectations, Pip is frightened by the escaped convict, Magwitch, and early on in Our Mutual Friend, a body, yes, indeed, is pulled from the river. There’s also murder and all sorts of brutality in Oliver Twist, and, besides Our Mutual Friend, another genuine mystery in the unfinished novel, The Mystery of Edwin Drood.

The beginnings of any one of these – or of other Dickens’ works – repay examination, but I will stick with the one I know best, having taught it to many classes of Gen Ed students, most of whom were not enthralled by literature of any type. A Christmas Carol was a happy exception for them, although it lacks the explosions, car chases, and bizarre deaths of the pop fiction and video games they enjoyed.

True, A Christmas Carol does begin with a death or, at least, the fact that Marley, Scrooge’s old partner, is dead. But Dickens doesn’t plunge immediately into the whys and wherefores of Jacob Marley’s demise. He takes time to speculate on whether “dead as a doornail” is really the most appropriate simile, before declaring that it embodies the “wisdom of the ancestors.” He also allows himself an amusing digression on the ghost of Hamlet’s father before he finally turns to the matter at hand, which becomes the immortal description of Ebenezer Scrooge.

Right away, we see two things that appeal to readers. First, an intimate, amusing, and confident voice. Who can resist Dickens’ conviction that we will stay with him through his little jokes and asides? And who wants to resist those energetic sentences with their reckless piling up of nouns and adjectives, all due to be undercut for comic effect. Referring to Marley’s death, he tells us that “Scrooge was his sole executor, his sole administrator, his sole assign, his sole residuary legatee, his sole friend and sole mourner. And even Scrooge was not so dreadfully cut up by the sad event...”

And then, there are the characters. When its time to describe Scrooge himself, Dickens really cuts loose, beginning with “Oh! but he was a tight-fisted hand at the grindstone, Scrooge! a squeezing, wrenching, grasping, scraping, clutching, covetous old sinner!” Most writers would be exhausted right there, but Dickens is just warming up. He has a lot to say about his protagonist, much of it funny, all of it sharp, with no wishy washy adjectives, no cliches.

Every character gets similar treatment. There is no such thing as a faceless man or woman in Dickens. The most minor character is sharply delineated and even the holiday display of fruit and vegetables in Carol get the star treatment. This is writing with energy, and I think even reluctant readers respond to the writer’s irresistible enthusiasm. 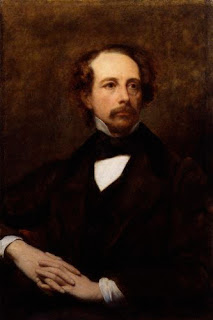 Of course the passport of genius crosses many borders, but it is not a bad thing to remember energy in writing as well as pyrotechnics in plot. Especially in mysteries and thrillers, there is a tendency to rush to the exciting scenes or to what, in more innocent times, was called the naughty bits. Action writers tend to remember Elmore Leonard’s famous dictum to leave out the parts readers skip, but anyone who has sampled his dialogue knows that if his sentences are short, his high octane prose has been painstakingly distilled.

So can Dickens two hundred years on give us some tips for beginnings? Yes, he can. Write with confidence in your audience. Build up the energy in the prose as well as in the plot, and remember there is really no such thing as a minor character in the hands of a genius.