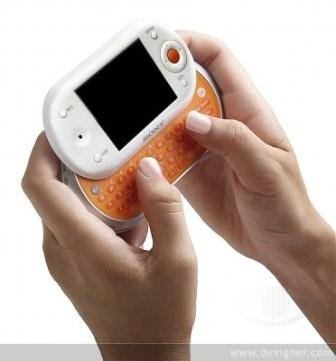 I have to admit it.

I spend quite a bit of time on sites like CraigsList. Because, I’m looking for a contemporary mystery story plot. And not just the “CraigsList Killer Slays Three” type of thing.

I can’t help thinking there are a million stories just nested there, on CL – all those people advertising for dates (or just sex), trying to sell an old Schwinn, or maybe looking to buy a house.

Just take this ad, for instance: 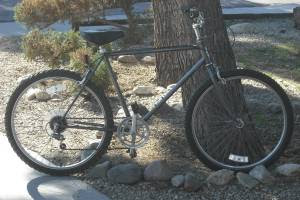 
• Location: n/w
• it's NOT ok to contact this poster with services or other commercial interests


I see an ad like this, and it makes me wonder. Was this bike stolen? Did the owner buy a new one? Or did the poster’s kid perhaps outgrow it?

After all, I bought a “tagalong” attachment for my own bike, on CraigsList, and used it to get my youngest son back and forth to school before he learned to ride his own bike. (Those unfamiliar with a "Tagalong" bike trailer, can see one attached to a larger bike's seat -- below -- just as ours works.) 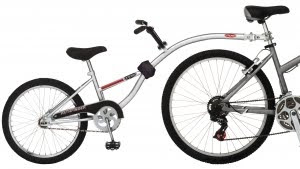 When we got to the house in West Phoenix, where the poster of that tagalong CL advertisement lived, I found the tagalong still hooked to his own bike. He told me his daughter had recently learned to ride, and now they were getting rid of the old tagalong — but she’d wanted one last ride on it, that morning, for old time’s sake.

And there stood the little girl, dark ringlets of hair cascading onto her shoulders, blue eyes rid-rimmed from crying. My heart just about melted. Her dad asked me to ride my son around on it, a little, so she could see it was "going to a good home."

The two of us hopped on, and I peddled us up and down the block a few times. And that little girl came out to join us, riding her own shiny new two-wheeler. With a big smile on her face!

So, you see: I responded to an ad for a bike attachment, and got a story about a little girl growing up.

(My youngest son graduated to his own bike a couple of years ago, and I’ve been meaning to post the tagalong on CL ever since, but one thing or another has kept cropping up to stop me. Now that I’ve thought about it, though, I’ll have to try to get it up by Friday. Maybe we can have it sold by Saturday night. Who knows?)

That m4f business is easy enough to break out, into “male looking for female.” But other acronyms and code systems sometimes take a little research. I had no idea, for instance, that cfnm meant “Clothed Female, Nude Male”— a naked man waiting slave-like on fully clothed women. Frankly, I had no idea such a thing excited people — well, maybe some women. But, men?? And, when I told my wife about it, she barely took time to glance over her book at me before murmuring, “No way we’re doing that, Joker!”

Nor did I understand that ABDL stood for “Adult Baby and Diaper Lover.” (These ads are evidently posted by grown men who enjoy dressing like babies, and being treated as if they are babies.) However, a google search of abdl led me to the following quote — surprisingly apropos for SleuthSayers — from a 2005 Phoenix NewTimes article, about a company called Adult Baby Furniture (which bills itself as the “Best maker of fine adult baby furniture”).

When the producers of CSI: Crime Scene Investigation needed props for a curious caper titled "King Baby" that aired back in February, they went to Baby Apparels/Adult Baby Furniture and there (AB/DL) business, And, yes, the folks at CSI had plenty of other options for their episode about the murder of a grown man who had a secret chamber full of oversize baby paraphernalia. But they went the best builder -- out of a few dozen adult baby furniture makers around the country -- to provide them with custom-made furniture: a $1,200 crib, a high-end $600 high chair with lots of extra room in the seat, a $700 playpen, and other accouterments. Michael also sells big baby accessories, and clothing "fun, simple and sophisticated" crib bedding, and rocking horses "built to last."

Now this is not any sort of baby furniture I’ve ever shopped for. But, CL certainly does provide a window of sorts on a world very different from my own. In more ways than one.

And the encryption just keeps getting deeper . . .

At first blush, the message appears to be gibberish. And — to my mind, trained in standard and multi-level substitution system encryption — it just didn’t seem to work out right. But, if you forget standard encryption methods, then simply stare at the message and make believe the numbers are strangely-made (and sometimes reversed or truncated) letters, you’ll see that it actually says:
“I was so jacked up last night. I scored some crack at the party so I'd have it for tonight and tomorrow, and then Jimmy took off with it, the [expletive]! I am all jittery and need to meet up with you tonight after my parents think I am asleep. Can you meet me at Bojangle's at midnight just for a few minutes? I just need a little and I can pay you back on Monday, I promise.”

According to the CNN article, this is a common encryption system employed by teens while texting on cell phones. (I’m glad to say I haven’t run across anything so heart-stopping on my own kids’ phones!)

But, that still leaves me with a mystery concerning most of those figure-letter streams. Because, once I learned to read them, I found them few and far between. And, the samples I saw in CL Personals were not nearly as long as the sample above. In fact . . .

The few I’ve spotted since then, have evidently been people looking for drugs. Their posts appear to be fake, in the sense that the ad blurb used usually looks as if it’s been copied and pasted from somewhere else online (something similar to: “the largest sea mammal in existence, it dwarfs the size of any land animal now walking the planet.”)

“Go Fast” is assumed by many texters to equal Methcathinone, “crank” or methamphetamine. Presumably, a seller clicks on the CL contact link to set up a buy. I’m sure the folks at CraigsList have tumbled to this as well, and that’s probably why I can’t find many examples these days — because the CL watchdogs try to keep them off the system.

I know there are myriad higher-tech ways of hiding data in electronic messages. I’ve read reports about organizations hiding (nesting) encrypted message data in photograph html on websites, and in other places, for instance. But, that really is not part of why I’m writing this post. At least, I don’t think it is.

So, Why Should Mystery Writers Care?

At a time when I hear or read that many editors decry the lack of interest in mysteries, on the part of the younger generation, I think the information above is important—because it points up how disconnected older writers now are from younger readers. But, it also indicates one possible way to perhaps jump that gap.

I think it may provide older writers with a glimpse into the world-view held by younger readers. For example:

My older son and his friends use the word “Leet!” to mean “Cool!”, “Neat!” or “Awesome.” Leet is short for “Elite!” which is the word they really mean to connote. To them, Elite means: Cool, Neat or Awesome — something that stands alone by being pretty extraordinary. But, they never say “Elite.” It’s just “Leet, dude!” Or maybe a head nod, accompanied by a heart-felt, “Leet!”

They use that word so often, that when I wrote a recent story, in which I had a young man interacting with an older one, I had the young guy use the word. Then I had my son read it over, to be sure I’d used the slang correctly.

A lengthy conversation ensued, which resulted in my realization that – while my son may say “Leet!” — he envisions the word as l337! He doesn’t really conceive of it in standard English alphabet format.

Which leads me to keep searching CL and sites like it, in quest of an avenue that would allow me to incorporate some encryption system used by these younger folks into the plot line of a good yarn. Seems to me, mysteries and encrypted messages are a natural fit. But, there would have to be a way to obscure the truth from the Electronic Generation, until just before they hit the denouement.

I haven’t figure it out yet, but I keep trying. What about you?

In an age when publishers sometimes seem to be running scared, maybe it’s time to focus not only on the platform we present stories to the E-Generation on (electronic or paper), but also to factor in younger reader’s interests and world-perception when we’re figuring out our stories. Maybe that way, we can write plotlines they’ll identify with, and want to read.

What I’m talking about isn’t a panacea, but perhaps it’s a part of the puzzle we need to figure out if we’re to capture younger readers.