Meditation On Imagination and Logic

I’m not sure what adjective describes what I’m doing in this post. Brainstorming? No, it takes more than one person to do that. Speculating? No, wrong connotation; meditating is probably the word for what I’m doing. I got the idea of calling this post a meditation from an essay “A Few Thoughts on the Meditative Essay” by Robert Vivian in which he says the essay is more pondering and contemplation than opinions and ideas (I paraphrase).

After reading Dixon’s post on Print Zombies, and thinking about the post on whether to outline or not to outline, I couldn’t stop my left brain from thinking theoretically, which it does occasionally without any prompting from me. I sometimes read as much theory as I can stand without getting a headache, thinking it will help me understand and enjoy fiction on deeper level. You know what I’m talking about, all that headache-inducing stuff called deconstruction, postmodernism, reader-response, aestheticism, ethical criticism, and a whole lot of other theories of literature and criticism. All that theory stuff does is interfere with my enjoyment of a good story.

Nevertheless, the theorist in me had to get out, so the left brain just kicked the right brain to the side and took over, and the result is this article. It is not about theory of storytelling but a meditation on the imagination and logic in the creative process, that is, their relationship to each other and function in the art of storytelling (okay, it is a meditation on the theory of imagination and logic).

When you start a story, do you use logic and say I’ll write about so and so. Maybe, but at some point, your imagination takes over, whether you want it to or not, and your muse offers her help in letting your imagination roam where it may. The subconscious probably takes over at some point in the creative process before logic steps in. Thus, you have already told the story in your imagination but not in a coherent order—an outline puts it in order. If you don’t put the outline on paper, logic demands you think outline: how does this character function, what is the need for this scene; how can I make this character come alive? Logic edits and in some cases sanitizes what goes  in and what’s left out of a story. Whether to outline or not outline doesn’t matter because imagination and logic are at work no matter what, and if properly used can prevent those Print Zombies from remaining so dry. 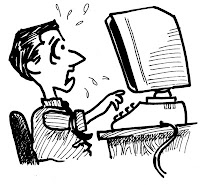 Anxiety, the feeling that you might miss an editor-imposed or self-imposed deadline, or that for some reason, the story isn’t right, or maybe imagination has gone hog wild (a cliché and I don’t even know what it means), you stop and think, and logic sees an opening and rushes (well maybe not so quickly) in to provide answers. 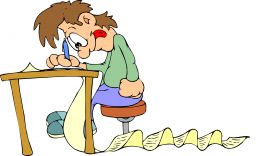 As for the Print Zombies, what is missing is a lack of imagination and too much logic. And maybe a little laziness is present.
Posted by Louis A. Willis at 00:01