Lock Up Your Daughters


by mystery guest
by Mira Kolar-Brown

Mira Kolar-Brown was born and educated in Sarajevo, Bosnia and Herzegovina, the former Yugoslavia, where she graduated in English Language and Literature with post-graduate Business. She came to the UK in 1977 where she tutored at two universities and project managed for an NGO and a QUANGO, and now lives in the north-west of England. Upon early retirement, she has been working as a translator and interpreter for the public sector. This offers ample opportunities for research into the work of police, welfare system, courts, immigration and health organisations.

This first hand knowledge and experience proved invaluable in writing mystery novels, the Simon Grant Mysteries series, Hiding the Elephant and Lock Up Your Daughters, the latter title from which we've drawn another meaning for today's article. 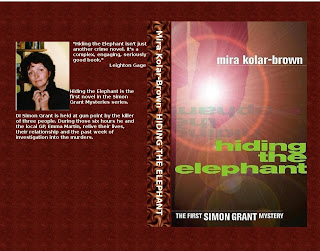 Author Sibel Hodge has written a book Trafficked: Dairy of a Sex Slave, a well researched, factual account of one young woman's journey through a new world of human trafficking.

Before we delve into that complex subject, let's go back to the beginning, back to our understanding and perceptions of the oldest profession in the world. We've all come across it, we've all seen men and women gathered at street corners at certain times and locations, waiting for customers, entering strange cars or disappearing behind buildings for ten minutes or so to render express service to those with little time and even less money. We also know that there are more upmarket forms of the old trade all the way up to designer wear and luxury hotels, caviar and champagne, and the box at Wimbledon, Covent Garden and Ascot.

And we lift our noses and gather our skirts around us and turn away in the knowledge that ours is a welfare state where no one needs to sell themselves to survive or feed their children.

Experience tells us that life is never a set of simple either or options.

I've mentioned the 'new world' of human trafficking even though there's nothing very new about the concept. It pre-dates the Roman Empire all the way back to the caves. What's new is the upsurge in the scale on which it's happening. With so many hotspots erupting all over the world throughout the past three decades, it has reached mind-boggling proportions and in the process it has pushed sex trade to new depths of horror.

I do not intend to go into details of what happens to men and women who fall victims to the trend. Several years ago, reports of girls and boys installed in premises condemned for human habitation, kept there with very little sustenance or breaks and made available for sex with a constant stream of paying clients until they're dead when they're replaced by a fresh asset, prompted several metropolitan police forces to start a counter-action and print leaflets in a variety of languages inviting victims to seek their protection. There was very little response. Some victims can't read, most of them are drugged to their eyeballs, and they're all scared stiff of what might happen to them and their families if they run away. But, more than anything else, the leaflets rarely reach the victims. What little response there'd been mostly came from clients.

There's a school of thought that none of the victims would have got caught in that trap if they or their families didn't have ideas above their station. Their decision to leave their homes and travel abroad to work in bars or as au pairs or cleaners is always based on the expectation of better earnings and higher standard of living. 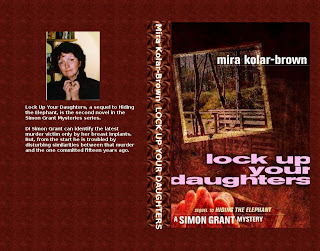 As I've said, nothing is ever that simple.

After early retirement I've been freelancing as a translator and interpreter for the public sector. I've spent a lot of time in police custody suites, category A prisons, Immigration interview rooms and appeal hearing centres. I interpreted for people serving life sentences for genocide and for their victims. I also interpreted for a few young women seeking asylum after they were raped. In all instances, the rape itself was, for the lack of a better word - straightforward. The man or men forced the woman to have sex with them and left. Horrendous as those incidents were, the true horror came afterwards. Their families didn't want to know them any longer because the girls became soiled goods and brought shame on the family. In one instance, the male members of the girl's family believed that only honour killing would save their face in the community, so her mother and grandmother spirited her away. Their stories prepared me for the encounter with Endrita to some extent.

Endrita was born and grew up in Pristina, Kosovo, She came from a family of ethnic Albanians. Her father was a doctor, her mother was pharmacist and Endrita and her younger sister considered themselves destined for university education and independent, comfortable, modern living. But then came the '90s, the Balkan war, the fighting and the bombings, and their world changed forever. The parents were suddenly stripped of their role in the family and replaced by family/community elders and the revival of ancient values and way of life. The elders in Endrita's extended family clan were aware that none of their members had been particularly active on the Albanian nationalistic front, the fact that was threatening their safety and well-being in the new order. They concentrated on rectifying the position and one of the avenues to an improved status was to marry off the girls to people in power. As long as they had a few teenage virgins to trade in exchange for safety and profit, they were into a winner.

Endrita had a couple of problems with that plan. She was in love with Jak, a man of no power or consequence and therefore ineligible, and she wasn't a virgin. When she caught the eye and attentions of a senior police officer, the situation became very serious. Her parents, unwilling to see their daughter married to someone she didn't love and aware of the dire consequences for herself and everyone else in the family if she was found to be 'damaged', they sent the younger daughter to relatives in Croatia and put together whatever money they still had control over to send Endrita to the UK and Jak.

Some ten years Endrita's senior, he'd entered the UK illegally a few months earlier, applied for asylum and worked in London bars, mixing mostly with models, fashion designers and PR agents. Life was great. Jak was going to secure the beautiful, tall and slim Endrita a few modelling contracts and they were going to get married just as soon as his immigration status was sorted out. In the meantime, there were the bright lights and London night life to enjoy. And drink, And drugs. Soft drugs, at first. Then the harder stuff. Then one or two or three photographers and agents expressed an interest in getting to know Endrita a bit better before offering her a modelling contract. Jak saw no harm in that. That was the way of the world that they lived in. Then Jak got arrested for drug dealing leaving Endrita in the hands of his best friend, the human trafficker and the owner of one of the establishments offering 24/7 sex.

A couple of moths later a Mancunian on a trip to London availed himself of her services, took pity on her, brought her up north with him and helped her to apply for asylum.

There's no fit ending to this story. Interpreters rarely learn the outcome of individual cases. I don't know what's happened to Endrita.

At the time of her immigration interview she was drug-free.

That's something.
Posted by mystery guest at 00:01