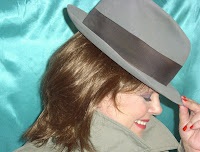 I love those mysteries where a police chief hands over the podium to a serious-looking individual who states as a serial killer profiler, he is certain the perpetrator is a male with problems with authority. He lives with his divorced mother and has abandonment issues. He has difficulties with the opposite sex and hates to get his hands dirty, except when he is strangling his victims. This information is usually attributed to careful attention to detail and years of profiling studies. In the mystery novel, the profiler may claim some odious characteristic which is not true simply to force the culprit to become angry enough to strike out and fall into a police setup trap to catch him in the act, but before another death occurs. 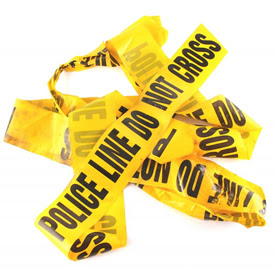 If a person could be described by his collection of reading material, I could be on a serious list or even verified as threat to national security due to the trips to websites concerning methods of criminal activity and how they could be apprehended.

Remember when someone in the Casey Anthony household had searched for information on chloroform on the Internet? I'm not claiming it was or was not an innocent search, but writers delve into that territory all the time. It doesn't make us purchase such items or use them, but the information could color our profiles in a not so nice shade of suspectability.

Most of us have a public profile these days. It lurks on Facebook, LinkedIn, MySpace and Classmates.com not to mention all those places we make purchases online. Oh yes, we have a customer profile there, too.

Hopefully, none of the readership here have a police profile. Still, we need to be aware if the amount of information others can easily obtain about us in 2012. Keeping our privacy intact has never been more difficult than in the Age of Information.

I own the complete works of Sir Arthur Conan Doyle concerning Sherlock Holmes. I have a copy of Thomas Harris' Silence of the Lambs. The serial killer profiling expert, John Douglas, has written many nonfiction books in his work for the FBI. I own several although it terrifies me to know these are true accounts.

I treasure the cosies written by Barbara Burnett Smith and Agatha Christie as much as the hard-boiled exploits of characters created by Raymond Chandler and Mickey Spillane. If a profiler attempted to evaluate my behavioral tendencies by what I read, would I be in trouble?

Like many readers, I am a fan of mysteries whether they are short stories, novel length or true crime exposes. My book shelves contain a bevy of titles from well-known and not-so-well-known authors.

Even Sherlock Holmes may be shaken by a few of our reading choices. Do our e-readers prove we are morbid if we relish Edgar Allen Poe? Easily amused by chicklit? Love to scare ourselves senseless with Dean Koontz?

Do we buy into the profiler's listings for a criminal? Absolutely. Why? Because it is a proven fact that they are usually right on the money.

This is why the television programs, "Psych" and "The Mentalist" are so popular. Like in a Sherlockian tale, the evidence is there, but most of us don't notice what's in front of our face. We aren't observant. We need a good detective to point out the facts.

As the profiler lists the quirks of a serial killer, aren't we a bit slapped in the face to realize the man being led away in handcuffs wasn't really the nice, old guy who took care of his mother as much as the weird guy who had never had a real girlfriend and still lived with his mother.

If we used better observation skills, we'd discover the true murderer in a detective novel before the author intended and we just might live in a safer world.
Posted by Deborah Elliott-Upton at 23:00